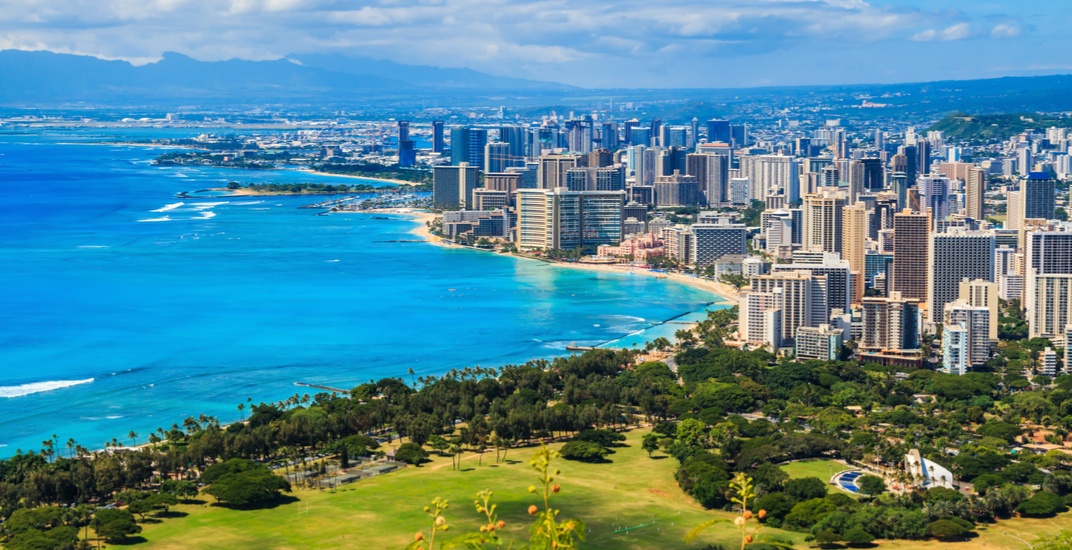 There are a few date combinations in March an April when you can go to Honolulu and back for as low as $510. The best part? It’s a direct flight.

The cheapest dates we could find were on FlightHub from April 12 to April 19.

These dates are also pretty cheap on Google Flights, but not quite as good of a deal as FlightHub.

There are a few other springtime Hawaii flights around $600, but the ones we saw all had layovers. Other times of the year Toronto to Hawaii flights can cost more than $1,000.