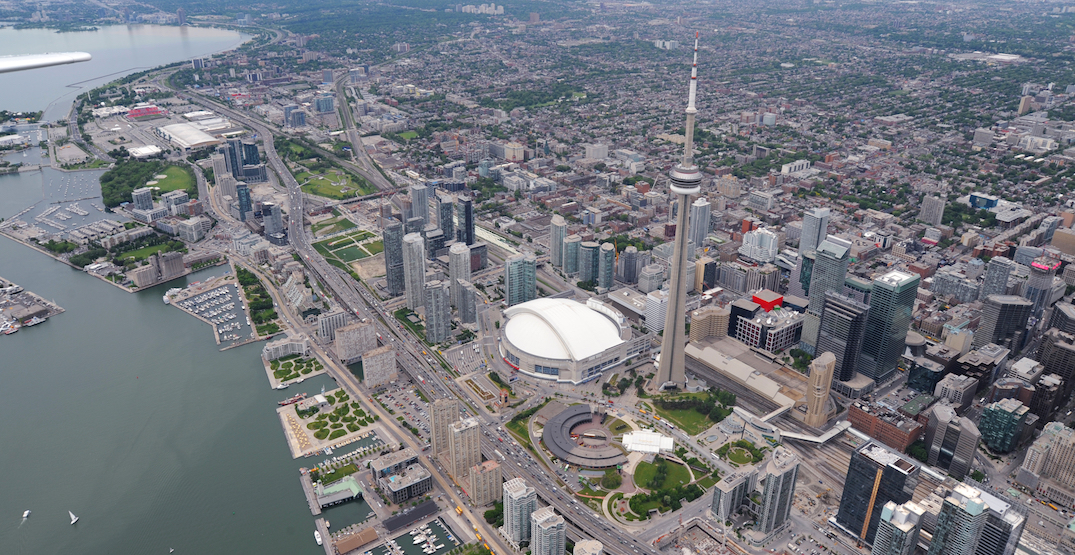 The Toronto real estate market has been skyrocketing over the past year, with properties selling in just a few days for prices way over asking.

The city is now considered highly vulnerable to a market correction on housing prices, according to a new housing market assessment from Canada Mortgage and Housing Corp. (CMHC). 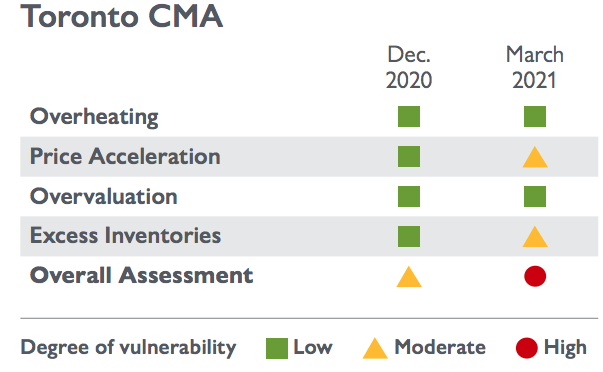 Over the past year, buyer demand has been skyrocketing while the amount of inventory available to buy has been low, driving up housing prices across the GTA. According to the report, however, in just the last few months, Toronto has started to show evidence of excess inventory.

This new influx of listings is largely attributed to a lower number of renters in the city, high vacancy rates, and new restrictions on short-term rentals encouraging condo apartment owners to sell.

Last year, Toronto surpassed its critical threshold for vacancy rates, according to the report — something the city has not done since 2005. 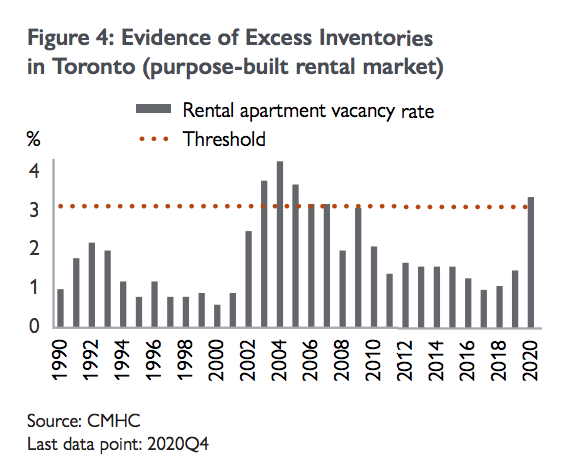 The report also looked at the level of overvaluation of houses in Toronto during the last quarter of 2020 and found, surprisingly, that the overvaluation level was low.

“The pandemic resulted in job losses in lower-paying service-producing industries, while other higher-paying industries were left relatively intact,” the report reads. “Therefore, while observed real house prices increased relative to the previous quarter, their level was below that of prices supported by economic and demographic fundamentals such as income and population growth.” 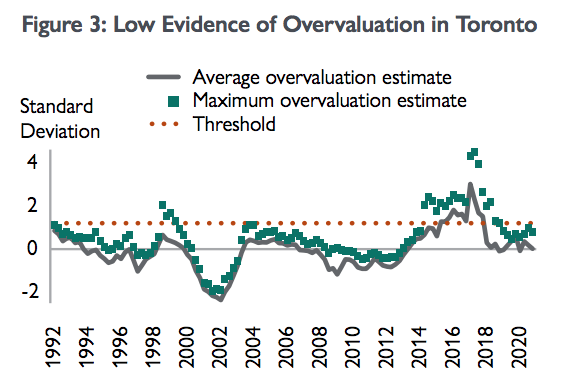 As has been seen throughout the past year, demand in more suburban regions of the GTA, like Durham, Halton, Peel, and York Region was higher than in Toronto.

“This shift in demand towards low-rise housing was influenced by the COVID-19 pandemic, which resulted in increased telecommuting and individuals preferring to live in less densely populated areas,” the report says.

As a result, low-rise housing saw the largest growth in prices during the last quarter of 2020, with townhouses growing by 4.5%, single-detached by 2.5%, and semidetached by 0.7%. Condo apartments, on the other hand, saw an average decrease of 4%.

Durham and Halton led the GTA in price growth, shooting up by 5.2% and 4.1%, respectively. Toronto, largely due to the drop in condo prices, saw its average price fall by 4.8%.

Other Canadian cities — Ottawa, Hamilton, Halifax, and Moncton — were also placed in CMHC’s high vulnerability category. Canada’s vulnerability as a whole, however, was categorized as moderate.