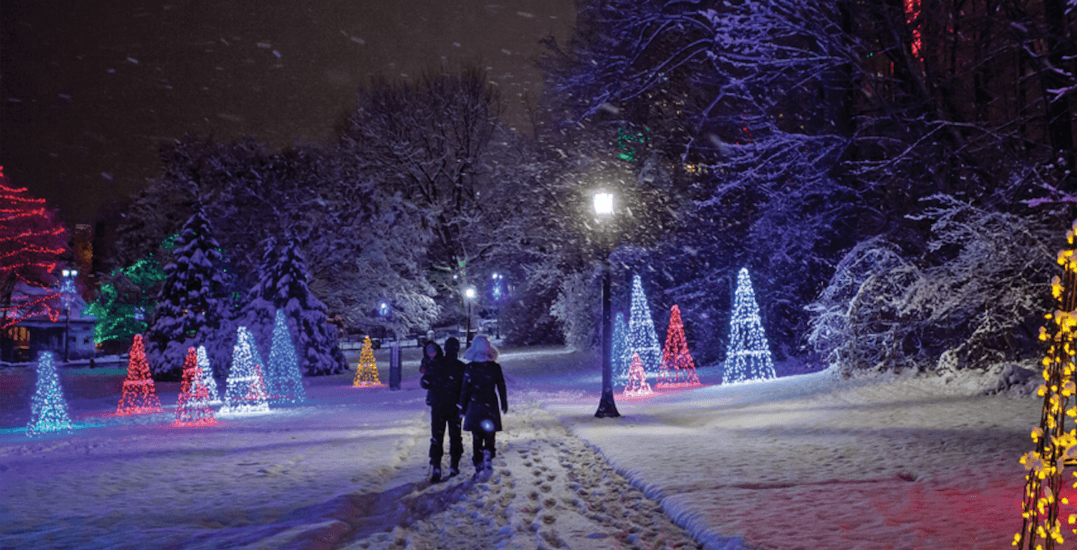 Every winter, Toronto gets covered in Christmas lights and transforms into a dazzling winter wonderland for all to see.

From a massive light tunnel at the historic Distillery District to Canada’s largest festival of lights, there’s an incredible light display to visit almost everywhere you look.

This holiday season, get bundled up and get ready to “ooh” and “ahh” at these mesmerizing landmarks and attractions in and around Toronto. 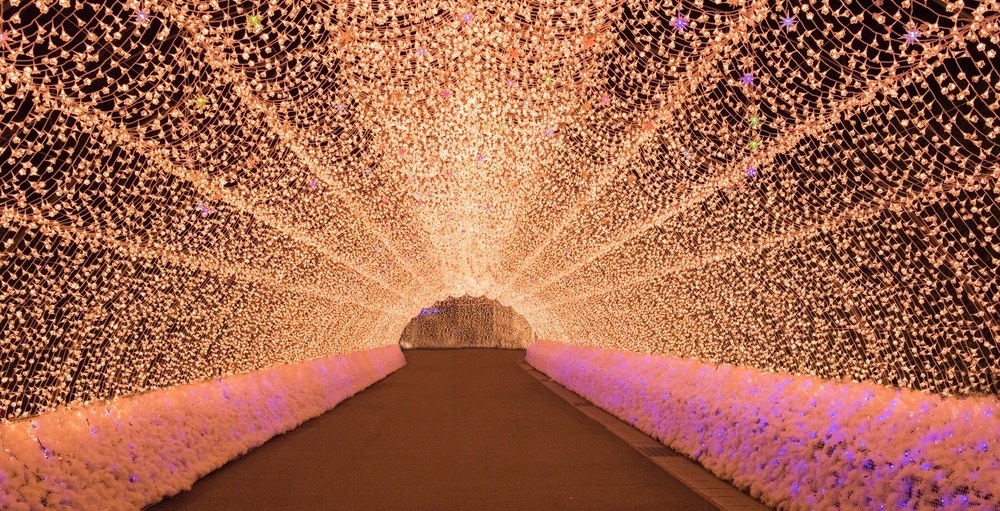 The Toronto Christmas market is already one of the best events in the city, and somehow they’ve just managed to make it even better. For the first time ever the market will feature a 100-foot long light tunnel among its many attractions.

When: November 16 to December 23 (closed on Mondays)
Where: The Distillery District
Admission: The market is free on weekdays and $6 on weekends

If you don’t mind a bit of a drive (two hours to be exact), Kitchener is home to an incredible drive-thru Christmas light tunnel that’s definitely a sight to see. The Gift of Lights display is the largest drive-thru holiday light display in Southwestern Ontario and stretches over a course of more than two kilometres. This year’s brilliant spectacle will feature more than 30 static and animated displays – from reindeers, sleighs, elves and, of course, Santa.

When: November 17 to January 6
Where: 425 Bingemans Centre Drive, Kitchener
Admission: Available online at $18 for cars, $32 for limos and $90 for buses and limo buses.

Toronto’s Yorkville Village lights up each holiday season with its annual Holiday Magic event. If you’re shopping in the area, we highly recommend checking out the beautifully lit Christmas tree and taking in the incredible glittering light displays and festive decorations that line the streets.

When: November 18 through December
Where: Village of Yorkville Park, 115 Cumberland Street
Admission: Free

Now in its 10th year, Light Up the Beach features more than 80,000 twinkling Christmas lights along the Toronto Beaches boardwalk to support The Michael Garron Hospital Foundation. The light display is truly a sight to see and a holiday tradition that every Torontonian should enjoy.

When: December 1, 7 pm until mid-February
Where: At the foot of Leuty Avenue, The Beach, Toronto
Admission: Free

Upper Canada Village will be transformed into a winter wonderland this holiday season as becomes adorned with over one million twinkling lights to become Ontario’s largest outdoor light festival, Alight at Night. From the enchantment of horse-drawn wagons to a life-size toy train, this holiday road trip will take you to a magical place.

The 51st annual Cavalcade of Lights will take over Nathan Phillip’s Square this November and will feature the city’s 60-foot Christmas tree and a number of incredible light displays. The tree will glitter with more than 525,000 lights and 700 individual ornaments and will light up Nathan Phillips Square through to New Year’s Eve.

The annual Winter Festival of Lights stretches over 8 kilometers in Niagara and will run through to the end of January. Attracting over 1 million visitors annually, this incredible spectacle is Canada’s largest lights festival. Just imagine a breathtaking, colourful scene with millions of sparkling lights and animated displays that extends to Dufferin Islands.

When: November 18 to the end of January
Where: Niagara Falls
Admission: Free

The 19th edition of the Canadian Pacific Holiday Train will travel across Canada this holiday season and arrive in Toronto on November 28.  What truly makes this event special is that it’s only available to see for one night and all proceeds will go towards helping local food banks. So, come for the beautifully-lit train and stay for the incredible show – all in the name of community.

Every holiday season, Yonge-Dundas Square gets into the festive spirit by lighting its massive Christmas tree. In addition to the square’s 40-foot tree which glows with more than 52,000 LED lights, there will also be a number of 3D illuminated polar bears and other unique holiday lighting installations on display.

For those living near Markham, the Main Street will light up this year for its annual Festival of Lights. Come and get into the holiday spirit as you take in the light display from a horse and buggy ride, followed by a visit to the city’s beautiful Christmas tree.

When: November 24 through December
Where: Markham Main Street
Admission: Free

The Burlington Festival of Lights is the city’s longest-running festival, which lights up the waterfront from dusk to dawn over the holiday season. Now in its 22nd year, the festival will feature 60 festive displays that can be viewed up close or from the warmth of your car.

Although this is a bit of a trek from Toronto, it’s perfect for those wanting to go on a festive road trip. Each year, Simcoe puts on an incredible light display called Christmas Panorama that features over 60 dazzling light displays. The spectacle shimmers with thousands of lights transforming the downtown parks into a winter wonderland, attracting visitors from across the province and the US.