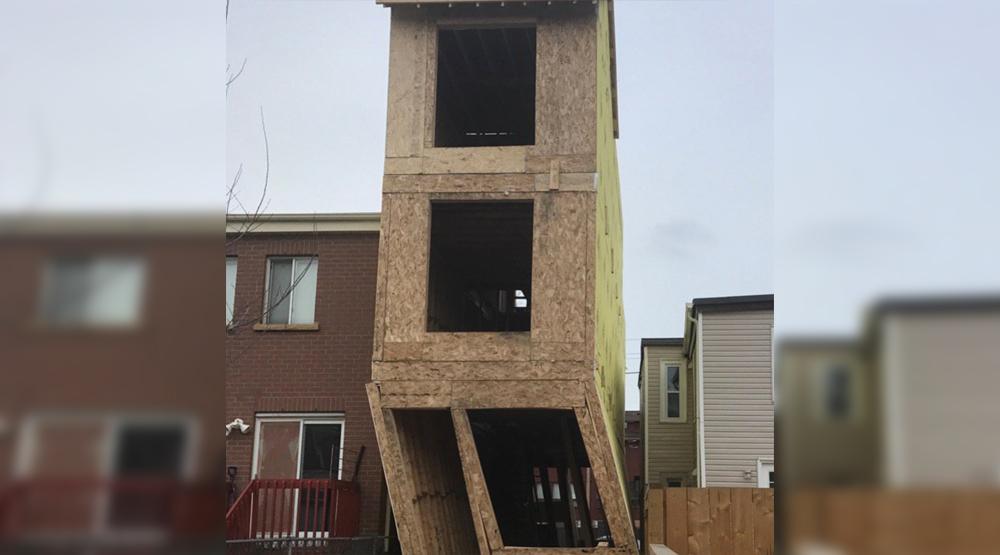 As it turns out, in Hogtown, a huff and a puff really can blow a house down.

Toronto Fire Services responded to a call last night as a house under construction was nearly toppled by high winds.

The three-storey structure on Leslie Street south of Queen can be seen leaning against the neighbouring house.

Luckily no one was injured.

I think there may be a job opening for a General Contractor position in Leslieville today – incase anyone is… https://t.co/nj5gsCvYXf