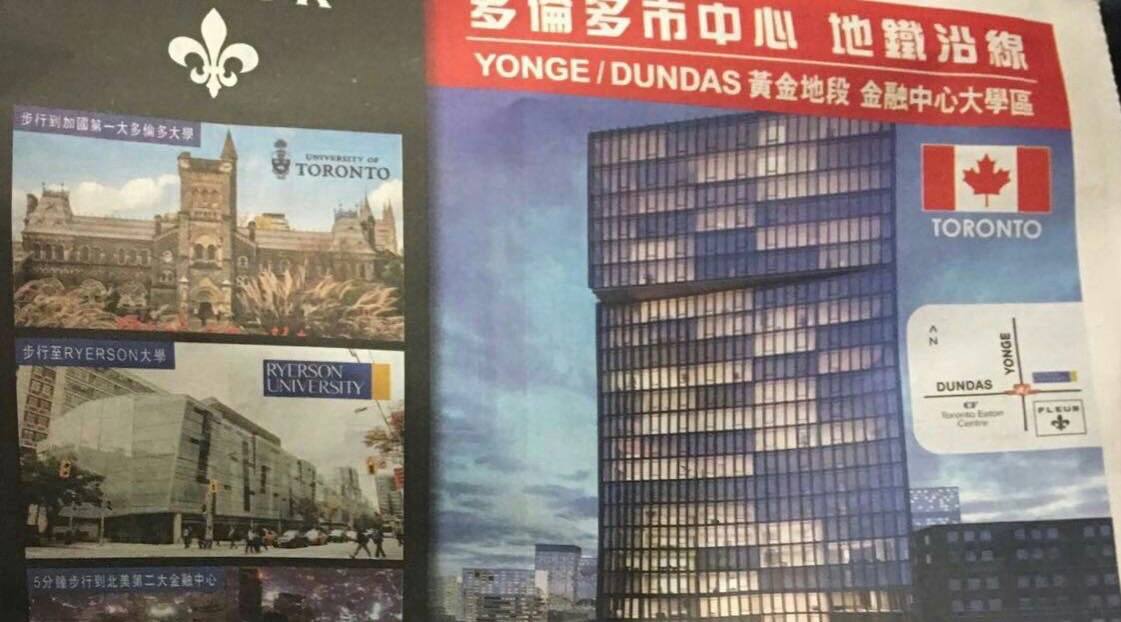 If you’ve ever wondered what an advertisement for a downtown Toronto high-rise condo looks like overseas, wonder no more. 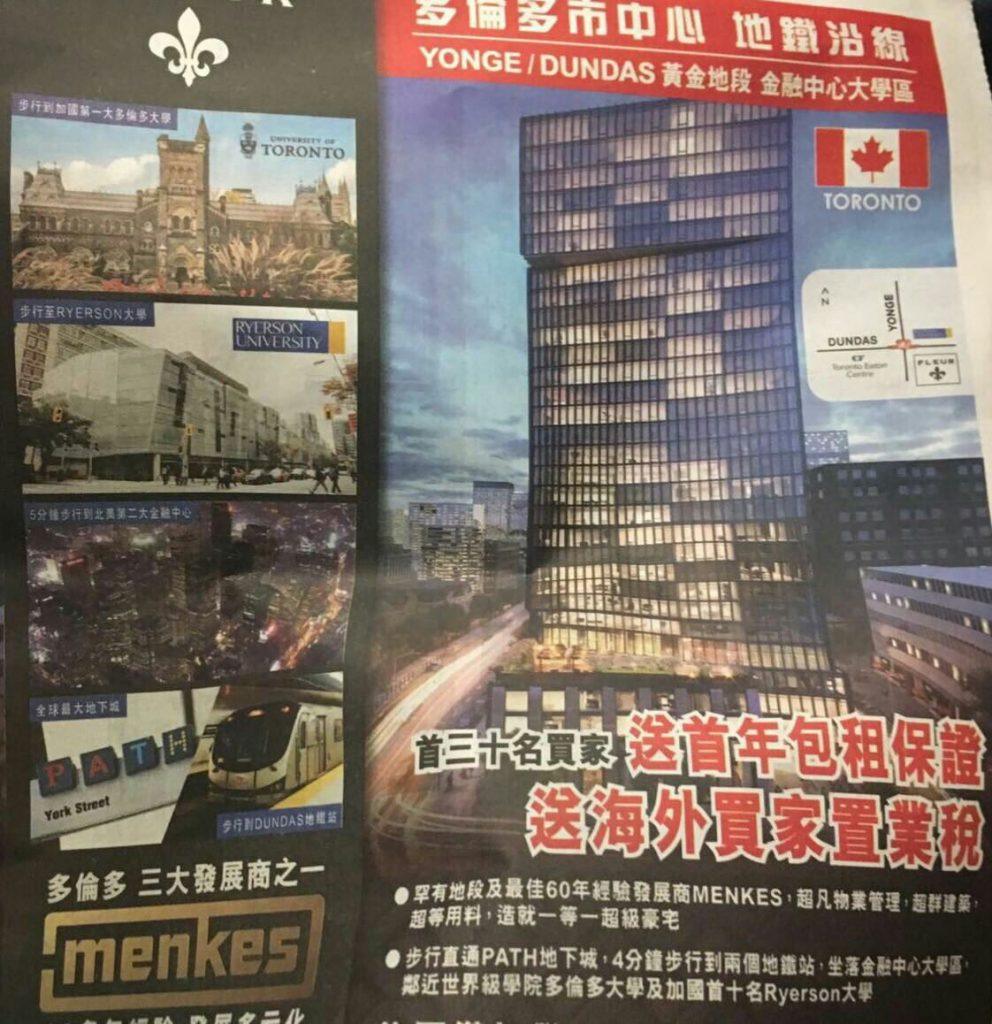 According to Reddit user EikenWong, the ad is being displayed near MTR train station and a simple translation is as follows:

Despite the Ontario government introducing a 15% foreign buyers tax last month, Toronto still remains an attractive market for international buyers. (Especially when it’s being advertised that the developer will find your tenant for the first year and pay the foreign buyers tax…)

That said, however, in April the Toronto Real Estate Board released its monthly report which contained an additional study pertaining to foreign buyers. That study analyzed aggregated annual property sales as well as residential data provided by the Municipal Property Assessment Corporation (MPAC) and Teranet Inc. (Teranet) for the Greater Golden Horseshoe (GGH), between 2008 and April 2017 in order to better understand foreign buying activity.

Still, developers promoting that they’ll cover the cost of Ontario’s foreign buyers’ tax seems, well, less like a loophole and more like something that goes against every intention the new law has in mind.