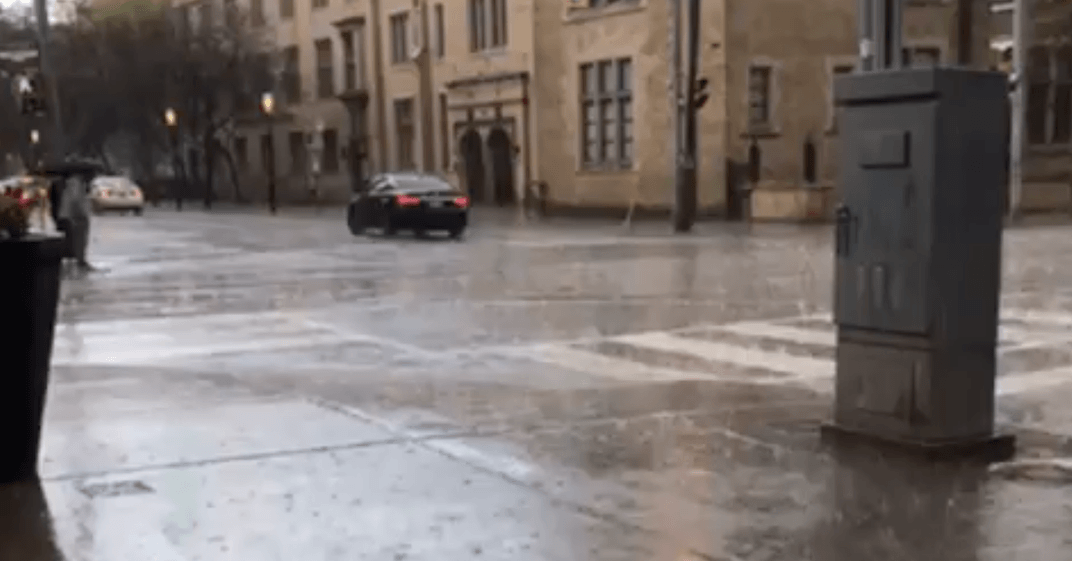 Mother Nature was all over the map on Wednesday.

What started as a gloomy day turned into a sunny afternoon that was perfect for patio hanging… before a random hail storm broke out.

Just before 7 pm, a torrential downpour turned into an intense hail storm in downtown Toronto and parts of the GTA.

During the storm, heavy chunks of hail fell from the sky, causing dangerous driving conditions but also, some pretty great photo and video ops, too.

If you avoided the storm, Torontonians were quick to capture the wild weather and were kind enough to share their footage on social media.

Isolated storms over parts of #Toronto and west end of GTA May 15 with some small hail and lightning ⚡️⛈ pic.twitter.com/noBgAfEQeT

Um, so, tweeting from my office on the 13th floor @ Richmond & Yonge in Toronto, ON, Canada on May 15. ⁦@fordnation⁩ & ⁦@realDonaldTrump⁩, um, any concerns that hail is pounding down from the sky?#climatechange #DoBetter #ForOurKidsSake
❤️ ⁦@GelissenLily⁩ pic.twitter.com/ZDvI8c4Jiz