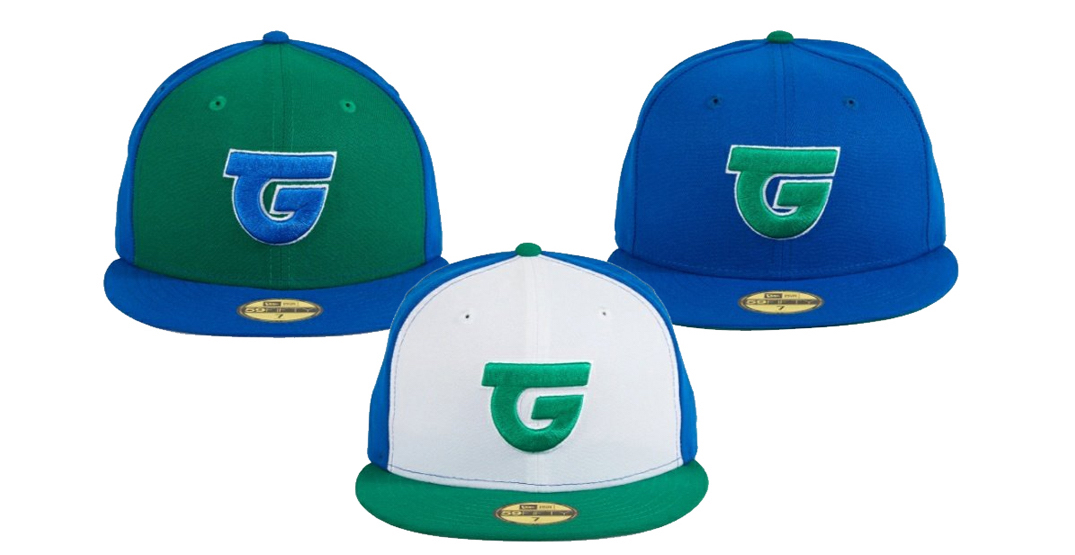 If you’ve never heard the tale of the ill-fated Toronto Giants, it’s a fascinating story unto itself, but the gist is this: Toronto had an agreement to move the Giants across the border in 1976, but a last-minute play from a Bay Area businessman kept the team in the Bay Area.

It all worked out in the end because Toronto welcomed an expansion team one year later, but back then, there was a lot of heartache and disappointment among the key figures involved in the Giants’ bidding.

Miraculously enough, there’s now a cap to commemorate that giant “what if” about the Toronto Giants. Hat Club released three caps of the long-lost Toronto Giants’ conceptual logo.

Just found out that @HatClub has three variations of the Toronto Giants concept logo caps. These look pretty sharp! pic.twitter.com/3whhL0PxI6

Aside from the “TG”, it has the Vancouver Canucks colour scheme going on, but these caps look pretty sharp.

Eagle-eyed historians may have seen the piece of Toronto Giants letterhead at the Canadian Baseball Hall of Fame in St. Marys, Ontario. Chris Creamer of SportsLogos.net even has an extremely rare Toronto Giants button.

We’re not sure what happened, but the Toronto Giants “What if?” hats are back on the website!!! ⚾️https://t.co/1WyDjMIGed pic.twitter.com/UafHmIQvEX

Although these caps never saw the light of day, it’s a cool homage to a very brief period when a Toronto-based consortium was convinced they had adopted a Major League Baseball team.

Long before the Toronto Blue Jays were even a possibility, the Giants were “this close” to packing up their home at Candlestick Park in San Francisco and setting up shop at Exhibition Stadium in Toronto.

It’s fun for Canadian baseball fans to wonder what could have happened had the Giants moved to Toronto, what their uniforms would’ve looked like, and how that would have changed the landscape of professional baseball in Canada.