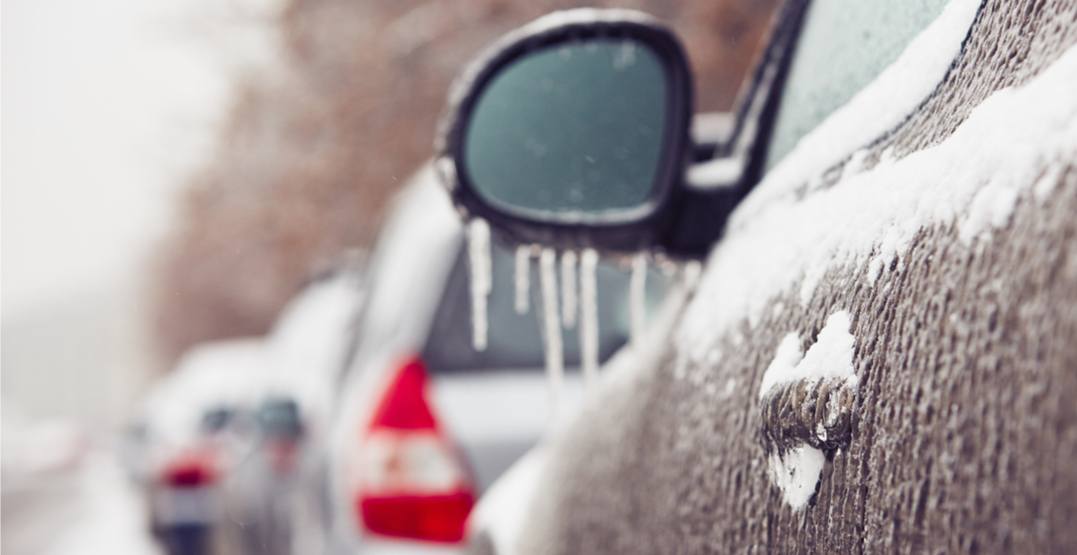 It’s about to get messy in Toronto.

Environment Canada has issued a special weather statement for Toronto this morning following a fast-moving low-pressure system has begun to make its way across Southern Ontario, bringing rain in its wake.

However, if you live closer to Lake Ontario you’ll only see rain.

This weekend, a much more significant freezing rain threat appears likely for many areas starting Saturday evening and into Sundmorninging as a slow-moving low-pressure system approaches the area.

According to Environment Canada:

“Precipitation may start as rain, but increasing northeasterly winds will draw colder air from an arctic high pressure system to the north, resulting in a changeover to freezing rain during the day Saturday. The freezing rain is expected to change back to rain possibly heavy at times Sunday morning as temperatures rise above the freezing mark.” 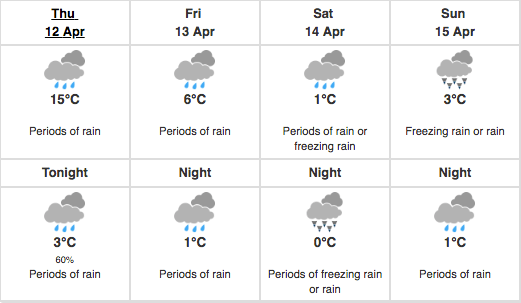 With the storm system a few days away, Environment Canada says there’s uncertainty regarding its severity. But like today’s forecast, areas closer to Lake Ontario may remain slightly milder on Saturday, with a small chance of freezing rain later in the day.

As a result, freezing rain amounts in these regions may be less than in other areas.

Environment Canada has advised that there may be ice accumulations in excess of 20 mm in certain areas. Ice accumulations of this magnitude partnered with gusty northeast winds may result in widespread power outages due to fallen tree limbs and power lines.