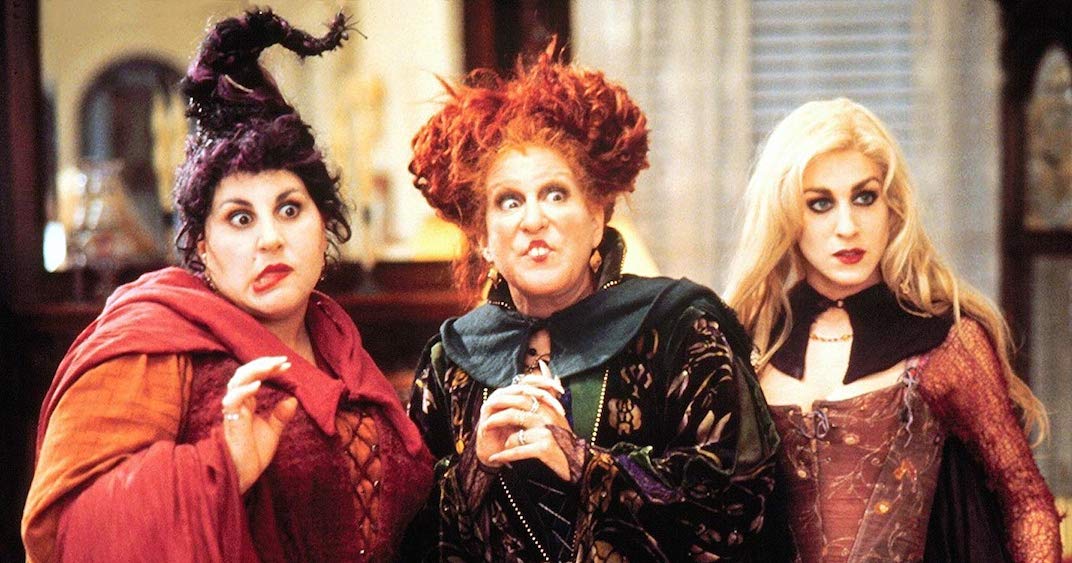 The official start of fall might not be for a few more days, but Toronto is ready to get into the Halloween spirit.

This Thursday, September 13, Torontonians are invited to get into the bewitching spirit with a free screening of the 1993 classic film Hocus Pocus at Sorauren Park.

This year marks the 25th anniversary of the iconic film, which stars Bette Midler, Sarah Jessica Parker, and Kathy Najimy.

The evening will kick off with a special live appearance from Winifred Sanderson at 7 pm, followed by the screening at 7:30 pm.

Pizzeria Defina will also be on site serving up pizza from the new Sorauren Park Pizza Oven.

In case you haven’t had a chance to see this film, it’s a story about three 17th century Salem witches who are accidentally summoned by modern-day pranksters.

After being summoned, the 300-year-old trio sets out to cast a spell on the town and reclaim their youth, but first, they must outwit three kids and an immortal talking cat.