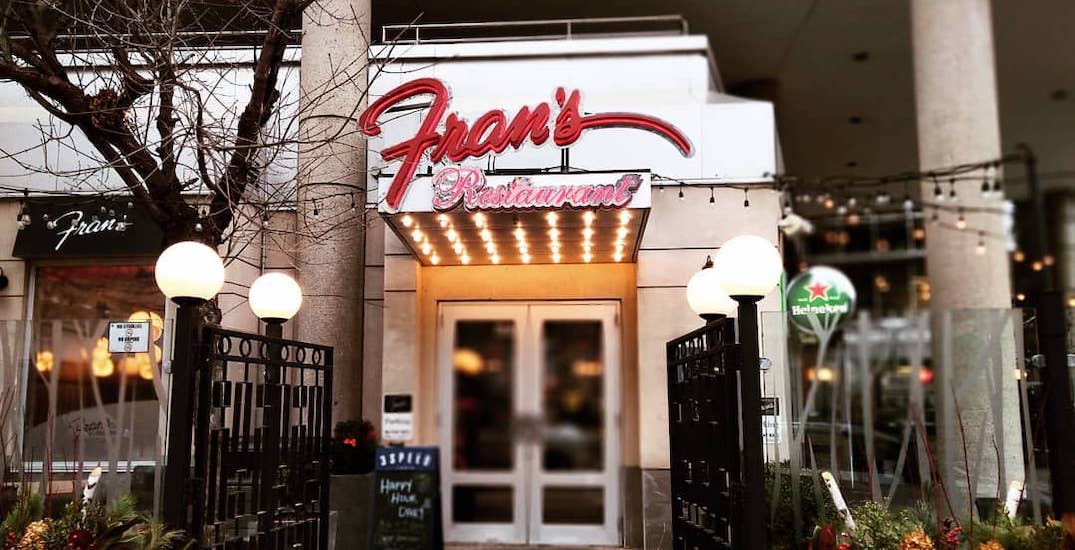 Another Toronto restaurant has announced its closure by the end of the year. Fran’s Restaurant says it will be closing its Yonge and Front street location.

In an email sent to Daily Hive, the family-owned location announced it would be closing its doors at its 33 Yonge Street diner on December 31 due to what they call an “uncooperative landlord” and other issues during the second lockdown.

“Due to an uncooperative landlord during the second most recent lockdown, and due to the provincial government’s mandates to prevent businesses with strict COVID-19 safety protocols from operating, the brand was given no choice but to shut down one of its iconic downtown locations,” reads the email to Daily Hive.

The business had opened its first restaurant in 1940 and has since held three locations across the city.

Both locations, Yonge and College and Victoria and Shuter, will remain open.