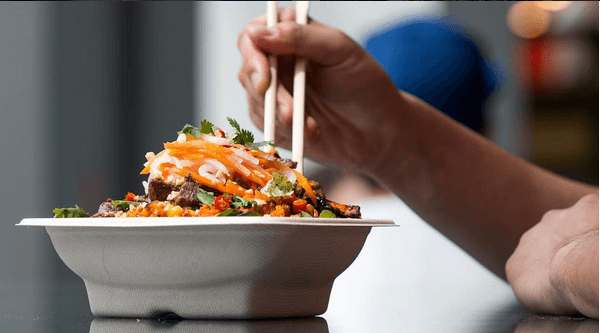 You may feel unrelenting pangs to just stay in and hibernate at this time of year, but Toronto’s food scene shows no signs of slowing down.

This week there’s a new spot for ceviche, promises of cheap drinks, and the chance to shop cookies, pies, cakes and other confections from the best of Toronto’s bakery-less bakers.

Here’s where you should be eating this week in Toronto.

The fast casual concept already deals in customizable noodle and rice bowls at locations in Mississauga Square One and at the Ryerson Student Learning Centre. This third location is newly opened at the corner of Queen and Spadina.

La Pacificia! Torched Salmon on a toastada, topped with avocado, fried leeks, and our chili oil 😱 now available at our Ceviche restaurant across the street from our taco spot! (72 Kensington Ave).

The seafood taco specialists in Kensington Market has re-opened their summery paleteria  as a ceviche counter.

This compact new market and eatery in the Upper Beaches is serving up week-round brunches along with an opening menu featuring winter squash bruschetta, smoked chicken livers, bone marrow, and more.

Lunch, brunch, dinner and cheap drinks are all on the menu at this newly opened bar and grill. Buy ten shots, get three free.

Food in Film: Frankie & Johnny at The Revue

Doors open at 6 pm for this screening starring Michelle Pfeiffer and Al Pacino in the 1991 comedy set in a short order kitchen. Enjoy food pairings from Mamakas Taverna while you watch.

This two-stage jello-shot competition will feature a blind tasting followed by a cocktail-making round where competitors will have to create their very own gelatin-based bevy. In addition to tasting and voting on the favourite Jello shot, attendees can expect DJs, kitschy ’50s style canapés, cheap drinks, raffles and prizes.

Join Toronto food writer, Suresh Doss as he discusses how Toronto’s suburbs are defining our food culture. Guests will engage in the lively discussion while enjoying a three-course set menu served family style with copious amounts of wine.

The massive bake sale returns to the west side this weekend bringing together bakers and their goods from across the GTA.