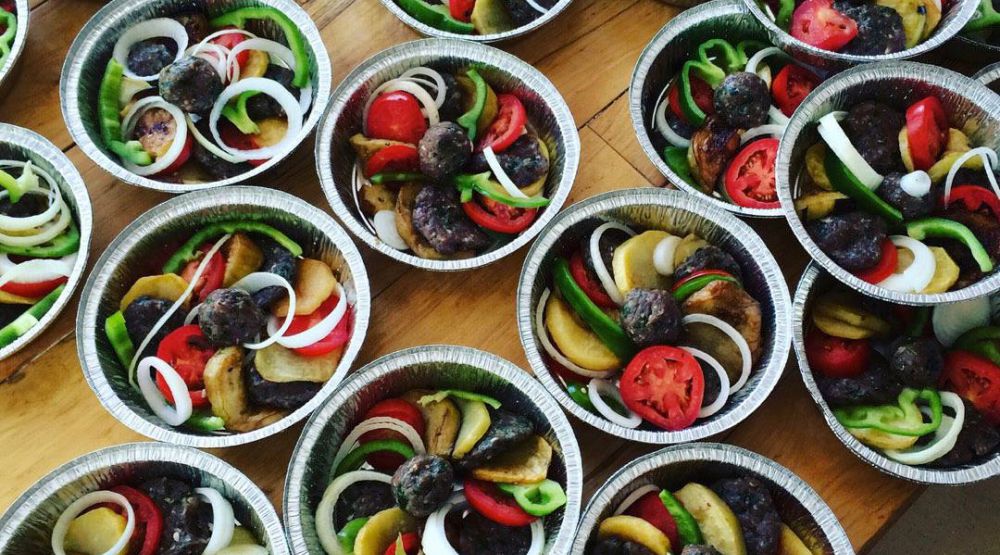 And already, Wiarton Willie has emerged from his hole and declared an early start to spring. (Despite an Extreme Cold Weather Alert being issued by the City of Toronto today.)

According to local lore that means we can all skip the next six weeks of cold, wintery weather… It’s a prediction that runs counter to the five-day forecast, but hey, here’s hoping.

Temperature steady near minus 3 dropping to a low of minus 11. Mainly cloudy with 40 percent chance of flurries and winds gusting up to 50 km/h.

What to eat today:

Sinaa, from Damascus, sharing her recipe with the group.

Maldoum from the Newcomer Kitchen

The project run out of The Depanneur invites groups of Syrian refugee women to cook, serve, and share traditional Syrian dishes on a weekly basis.

Menus are released every Tuesday for preorders and then made available for pick up between 6 pm and 7 pm every Thursday (or free delivery within 3km via Foodora).

On tonight, look forward to beef (or veggie) Maldoum ملضوم, a dish featuring layers of meat patties with eggplant. On the side, Salateh Malfouf سلطة ملفوف, a chopped salad, and Nammoura نموره, a semolina cake drizzled with lemony simple syrup and decorated with a sprinkling of pistachios.