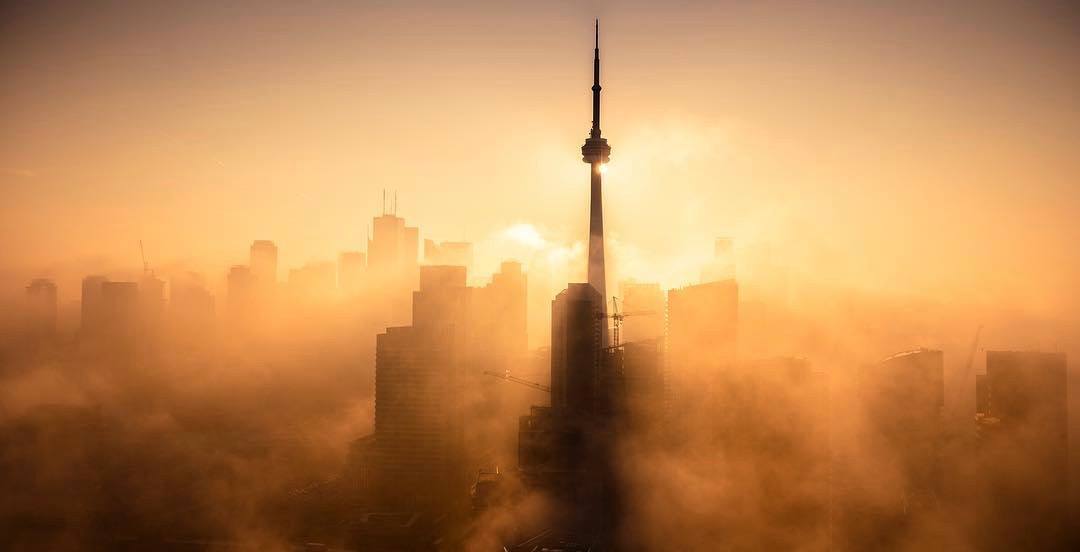 There’s a fog advisory in effect for the City of Toronto this morning.

According to Environment Canada, near zero visibility in fog is expected or occurring.

“Areas of fog continue to blanket the region this morning. Visibility of 100 to 200 metres in dense fog is quite common,” states the advisory.

They also warn that the commute this morning will be affected by the dense fog.

The advisory says that the fog will slowly lift later this morning, “as a stubbornly slow warm front finally moves through to the north of the region.”

Visibility may be significantly and suddenly reduced to near zero. If visibility is reduced while driving, turn on your lights and maintain a safe following distance.

After the fog lifts, expect summer like temperatures, with a highs in the mid 20s, but feeling more like low 30s.