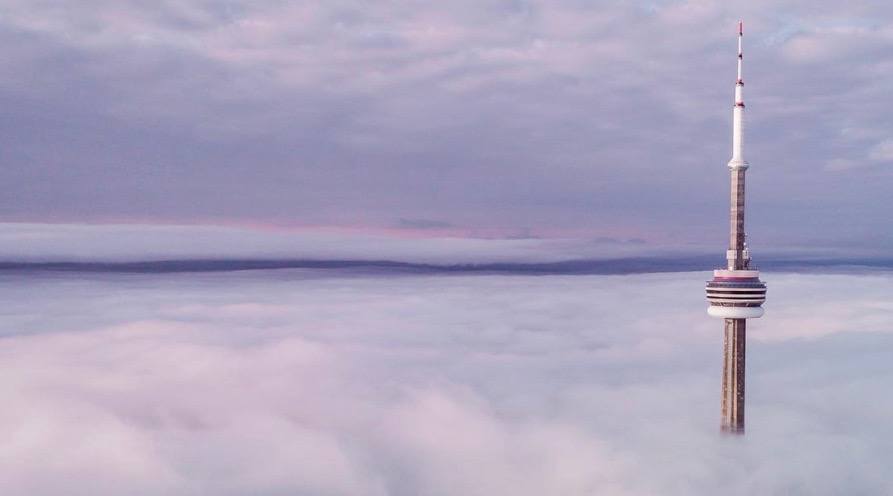 Environment Canada has issued a Fog Advisory for the City of Toronto this morning.

It seems as though we’re meeting May under cover of cloud.

That said, it could still reach 18°C today so, while thunderstorms are in play, we’ll take the rain and fog (for now) if it means getting away from the near-freezing weather that took over the city yesterday.

The fog is expected to lift later this morning, but for now travel in Toronto is to be considered hazardous.

Stay safe out there. And slow it down.

If you’re going to be late, don’t worry, it’s May – we all deserve to be working on summer hours already.

Travel is expected to be hazardous due to reduced visibility in some locations. If visibility is reduced while driving, turn on your lights and maintain a safe following distance.