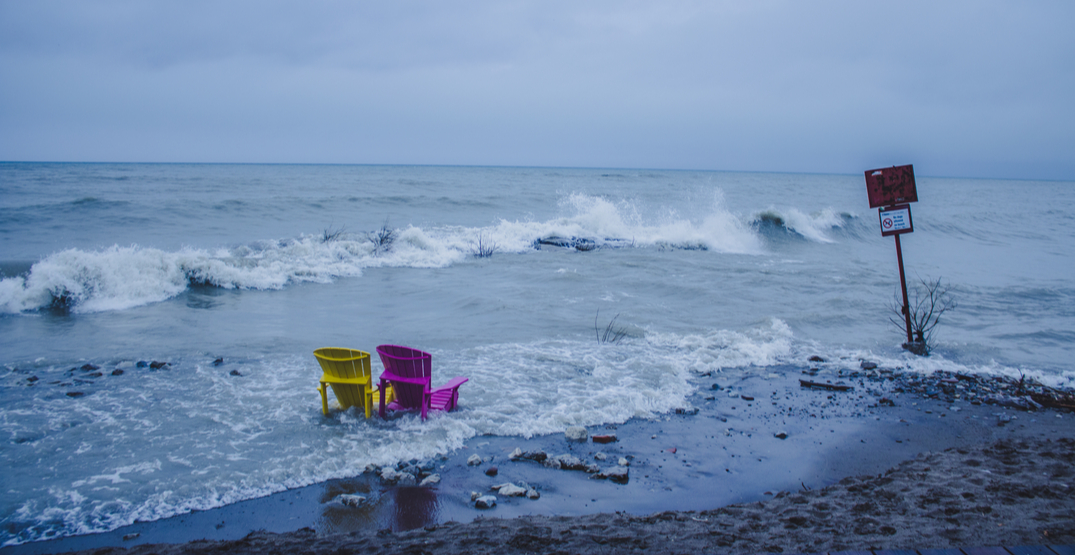 The city is expecting more rain than it typically sees in the entire month of January over the weekend, and as such, the Toronto and Region Conservation Authority (TRCA) is advising residents of the GTA that all shorelines, rivers, and streams should be considered hazardous.

The GTA has also been placed under “Flood Outlook,” which according to the TRCA, is an early notice of the potential for flooding.

These alerts are issued when weather forecasts calling for heavy rain, snowmelt, high winds or other conditions could lead to “high runoff, cause ice jams, lakeshore flooding, or erosion.”

The Flood Outlook is in effect until January 12.

TRCA has issued a Watershed Conditions Statement: Flood Outlook in effect through Jan 12. All shorelines, rivers and streams within the GTA should be considered hazardous. #ONStorm https://t.co/LyfmrQKXAm

“All rivers within the GTA may experience higher flows and water levels, resulting in potential flooding and hazardous conditions, especially behind bridges and culverts where ice jams are present,” the authority wrote on its website. “The combination of slippery and unstable banks could create hazardous conditions close to any river, stream or other water body.

“All shorelines, rivers and streams within the GTA should be considered hazardous.”

The notice from the TRCA follows a Special Weather Statement from Environment Canada, issued for Saturday and calling for high winds, freezing rain, and snowfall. The agency is forecasting total rainfall amounts of 25 to 50 mm.

“There remains considerable uncertainty in exact rainfall amounts along with the location of freezing rain. Warnings may be issued as the event draws nearer,” reads the Environment Canada statement.

Ahead of the storm’s arrival, the City of Toronto says it has been making preparations to deal with the influx of water, and is ready for the “significant rainfall”.