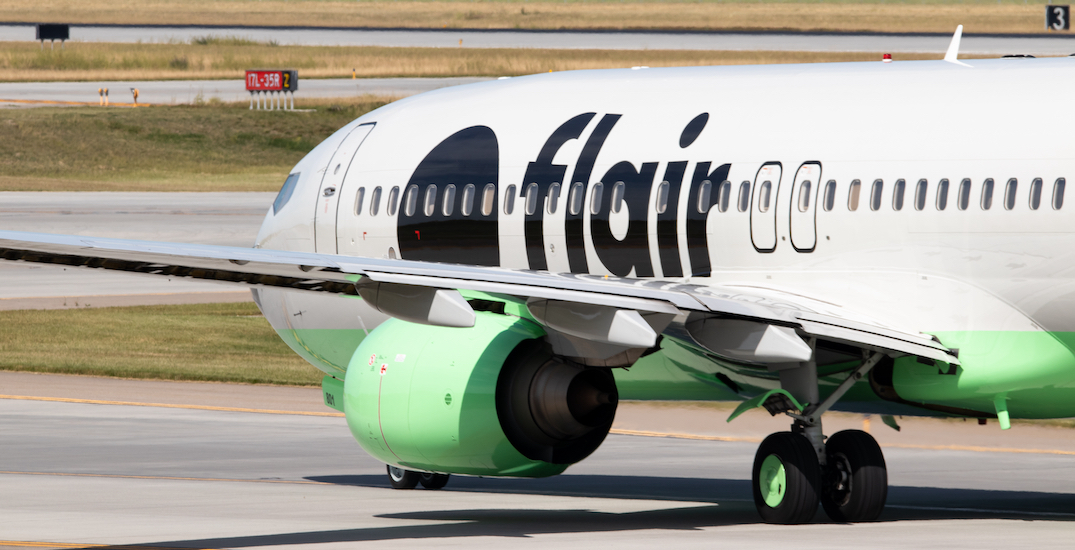 The Canadian government has identified 33 more COVID-19 cases on international and domestic flights to and from Toronto since early last week.

According to the Government of Canada website, 16 international flights are confirmed to have potential exposures, half of which were reported by Air Canada.

Four of the flights that reported cases were unable to identify which rows were affected.

All flights heading to and from Toronto included WestJet, Air Canada, and Flair Airlines.

Here’s a list of domestic flights with confirmed COVID-19 cases from February 8 to 12: 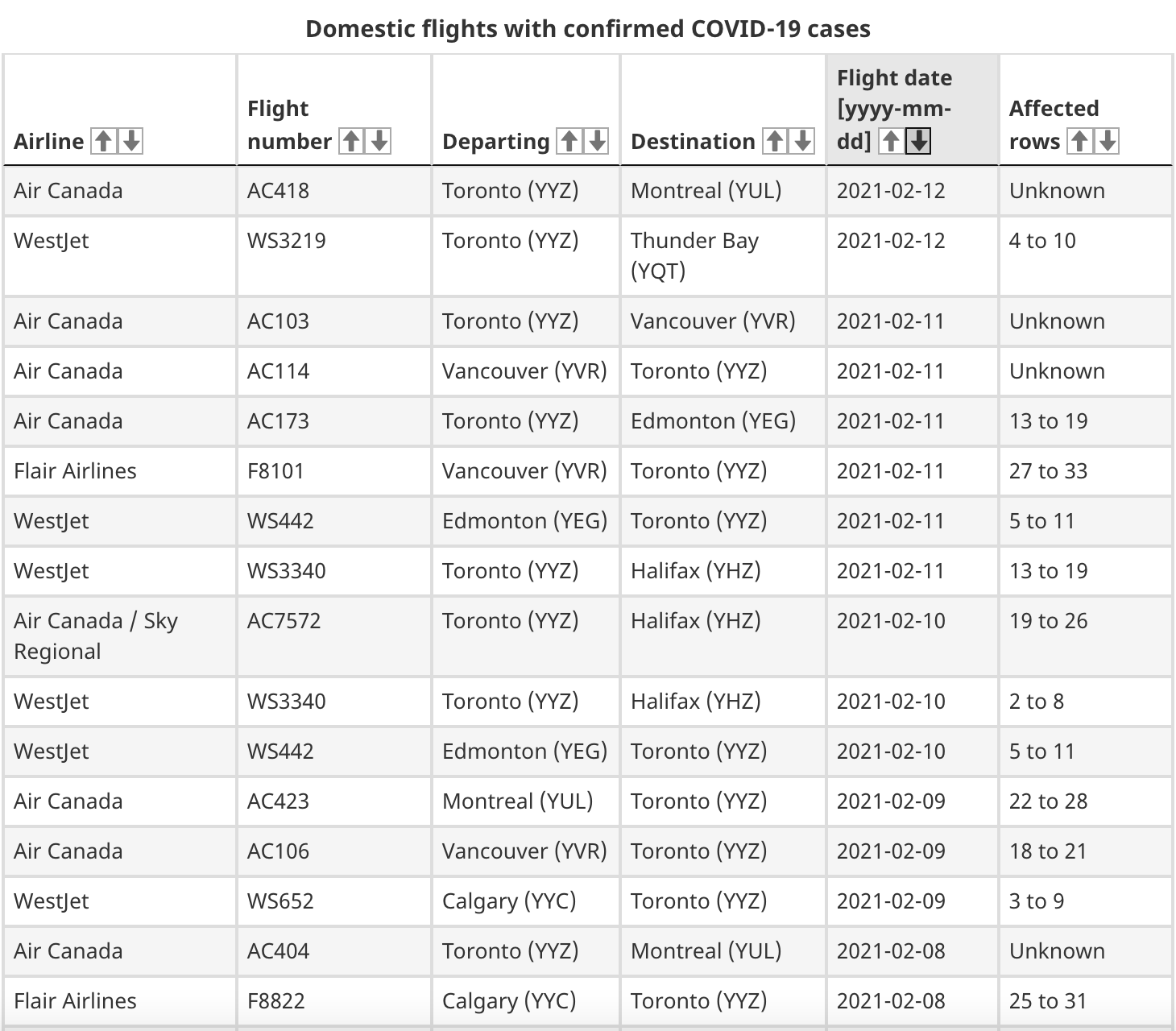 As for international flights, at least 17 COVID-19 cases were reported between February 9 and 14.

Four flights reporting cases were unable to identify which rows were affected, as well. 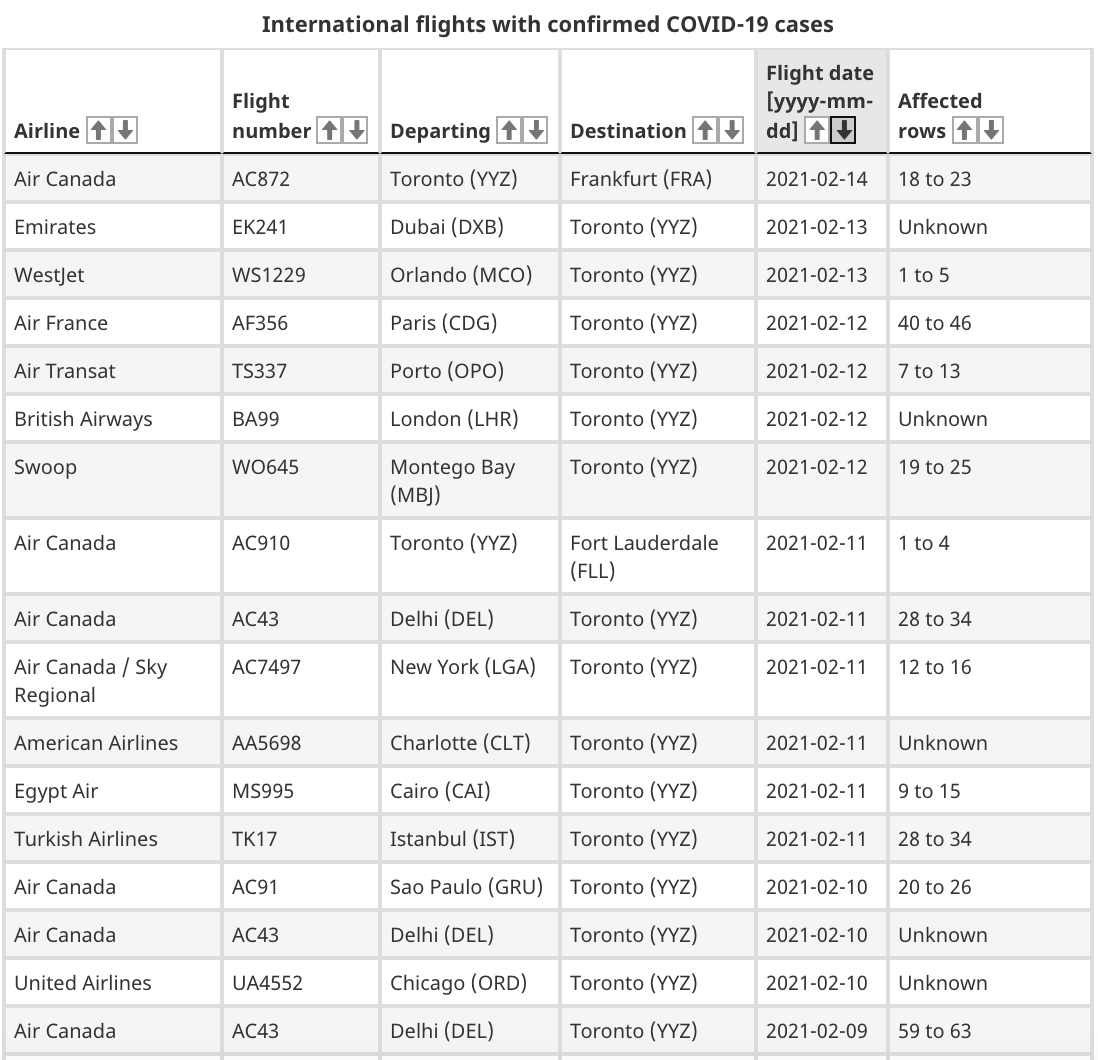