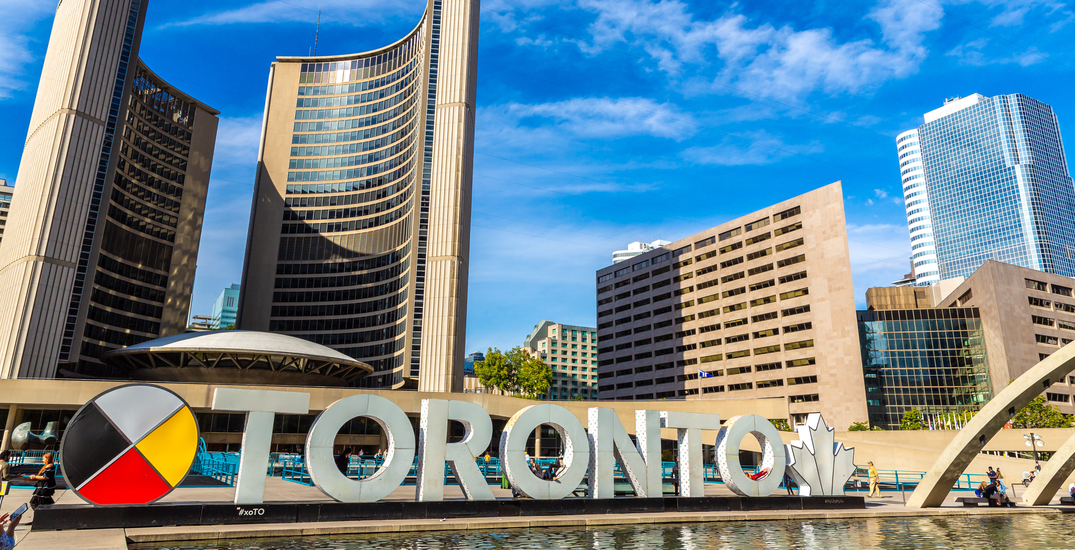 The City of Toronto will lower its flags for nine days in memory of the 215 children whose bodies were found buried at a residential school in BC.

Mayor John Tory announced the move on Sunday, noting that nine days comes out to 215 hours – one for each life lost.

The Toronto Sign at Nathan Phillips Square will be dimmed as well on Sunday night.

“This is a heartbreaking reminder of the terrible and shameful legacy of residential schools and the thousands of innocent children who died,” Tory said.

“We know this discovery will also be difficult for survivors of the residential school system and a reminder of the trauma they endured.”

I know we have all been horrified by the discovery of the bodies of 215 children on the grounds of the Kamloops Indian Residential School in Tk’emlúps te Secwépemc First Nation territory. pic.twitter.com/ngJTUhOjDC

The Toronto Raptors are following suit, and will lower the flags at the OVO Athletic Centre for 215 hours.

“We The North is a rally cry for all Canadians to come together and recognize that further truth and reconciliation is needed,” the team tweeted.

On Thursday, the Tk’emlups te Secwépemc First Nation announced that the remains of 215 children had been found buried on the grounds of the Kamloops Indian Residential School.

The British Columbian school was the largest institution in the Indian Affairs residential school system, operating for nearly 90 years.