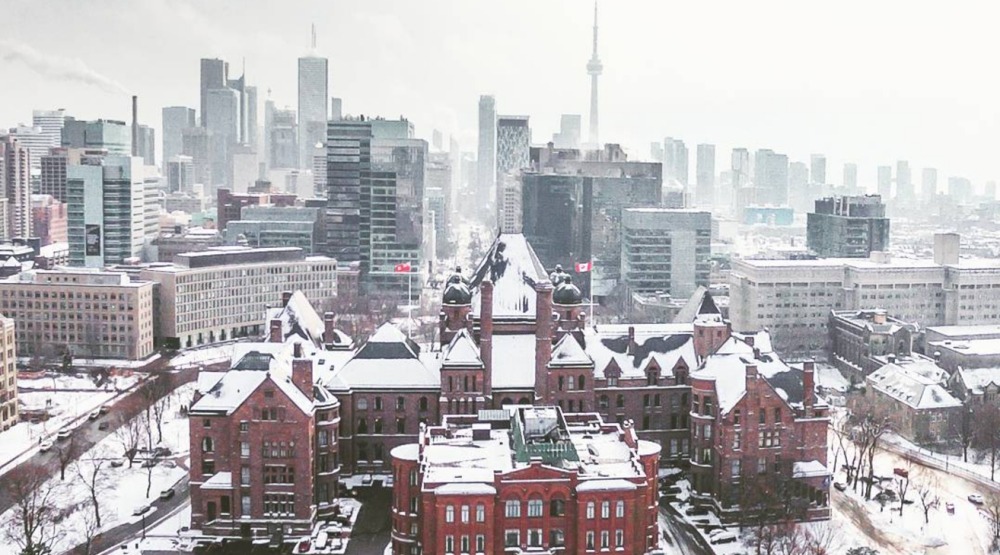 Toronto could be getting its first dusting of snow this week.

While it’s not calling for a heavy snowfall, Environment Canada is forecasting Toronto’s first  chance of flurries on Thursday evening.

Although the beginning of the week looks like a mix of sun and clouds, with highs hovering around 8°C, the weather is expected to take a 12°C dip by Thursday evening.

Environment Canada calls for a cloudy evening, with a 30% chance of rain showers or flurries. 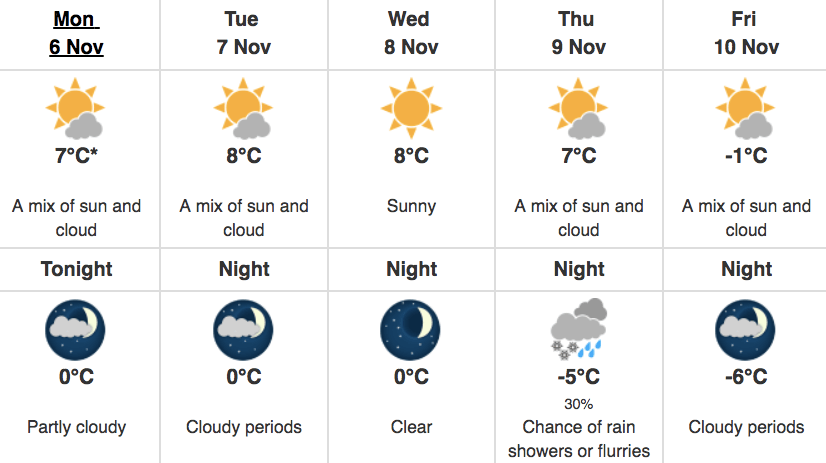 Even if it doesn’t snow that night, below 0°C temperatures are making their way into our evenings now, which means winter is officially on its way. Surprisingly, it’s later than Vancouver’s winter, which seemed to arrive early when snow blanketed parts of the city on Friday.

By Saturday in Toronto, the high is expected to only reach 0°C.

Last month, AccuWeather released their winter forecast for Ontario, and it’s not looking great. The weather website is forecasting a “snow-filled winter” with frequent snow storms, thanks to the development of La Niña.

Looks like it’s time to get ready for a good ol’ Toronto winter.