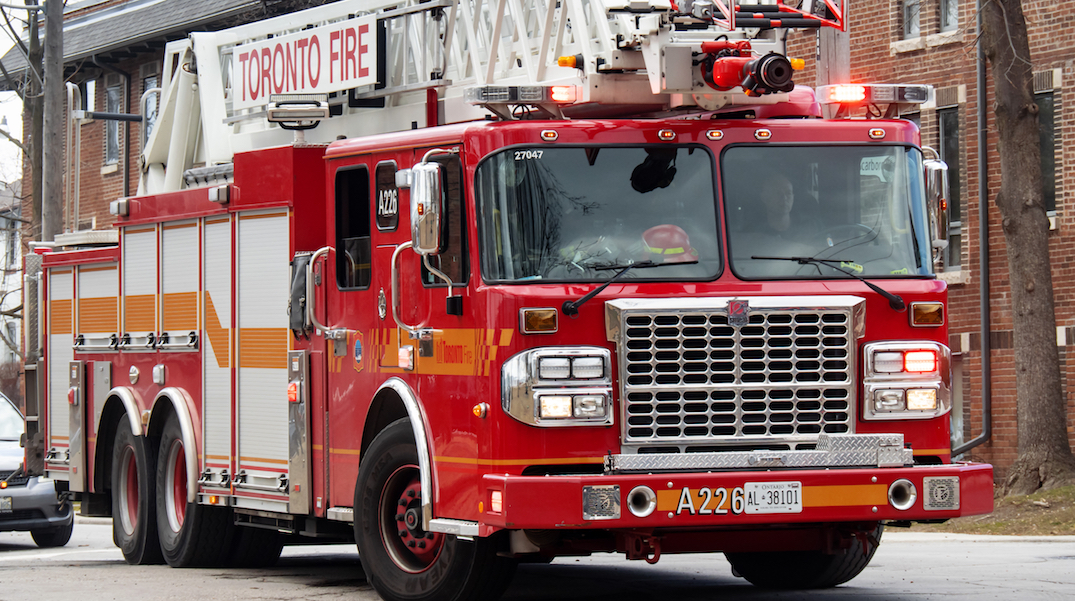 A Toronto firefighter is facing multiple charges after a collision occurred on the way to an emergency call.

The Toronto Police Service said the crash took place at the intersection of Lawrence Avenue East and Mount Pleasant Road just after 2 pm on April 4.

According to police, a firetruck was travelling north on Mount Pleasant, with its lights and sirens, on its way to respond to an emergency call.

The truck allegedly did not stop as it approached Lawrence Avenue East, and turned right to go east in the westbound lanes. The truck subsequently collided with two poles, police said.

One firefighter was taken to hospital with minor injuries, and no members of the public were injured.

Following an investigation, officers have charged the firefighter who was driving the truck with careless driving and making an unsafe turn under the Highway Traffic Act.