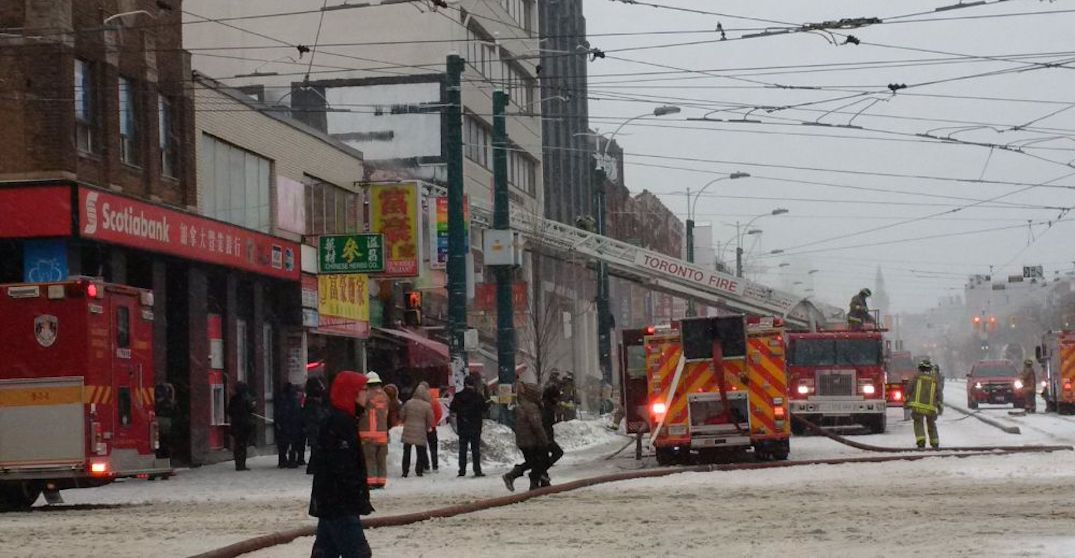 UPDATE: As of 2 pm, the fire on Spadina has been upgraded to a 4 alarm, and Toronto Fire confirm that one firefighter has been injured. No other injuries are reported at this time.
Seventeen fire trucks continue to fight the blaze, and 65 fire fighters are on scene.

According to Chief Matthew Pegg, the fire is located at 300 Spadina Avenue.

Thirteen fire trucks along with 50 fire fighters are on scene at the two-storey commercial building.

At this time, no injuries have been reported.

Traffic at Spadina and Dundas is being diverted as the intersection is blocked. Dundas Street West is also blocked between Kensington and Spadina Avenue.

Police are asking the public to avoid the area, and to use alternate routes.

The TTC’s 510 streetcar is being detoured via College and Bathurst and Queen due to the fire.