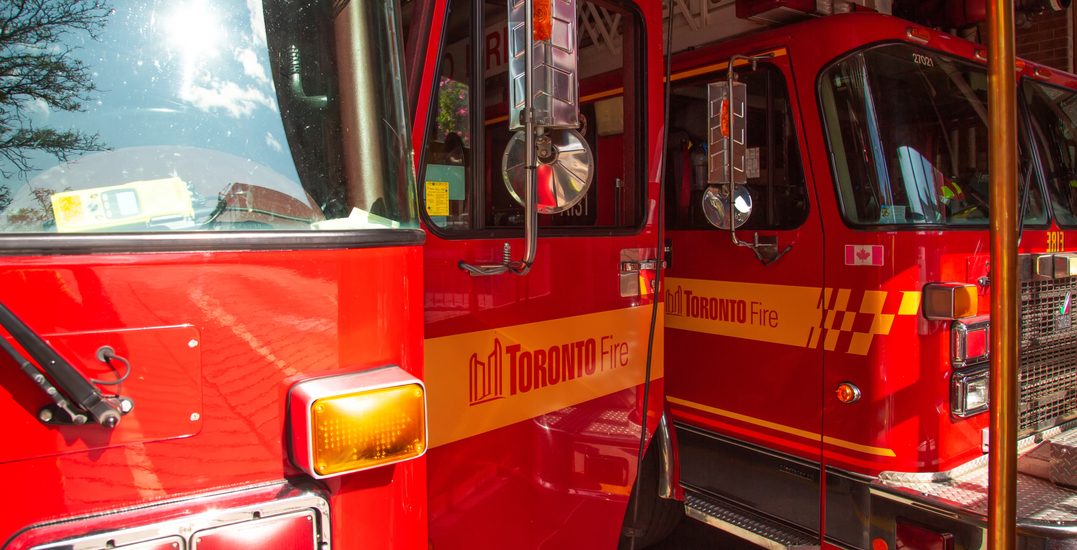 Police say crews responded to the fire affecting a building under construction at 9:15 am on Tuesday.

Shortly thereafter, the blaze was identified as a four-alarm and police warned of heavy smoke.

At this time, there is no word on injuries at the scene.

There are road closures in the area, and pedestrians and drivers are advised to take alternate routes.

According to the TTC, the 501 Queen streetcar is detouring via Broadview Avenue, Dundas Street East, and Parliament Street.

In response to the notice shared by police, one person posted a video of the fire from afar.

In the clip, heavy, dark smoke is seen billowing through the air.