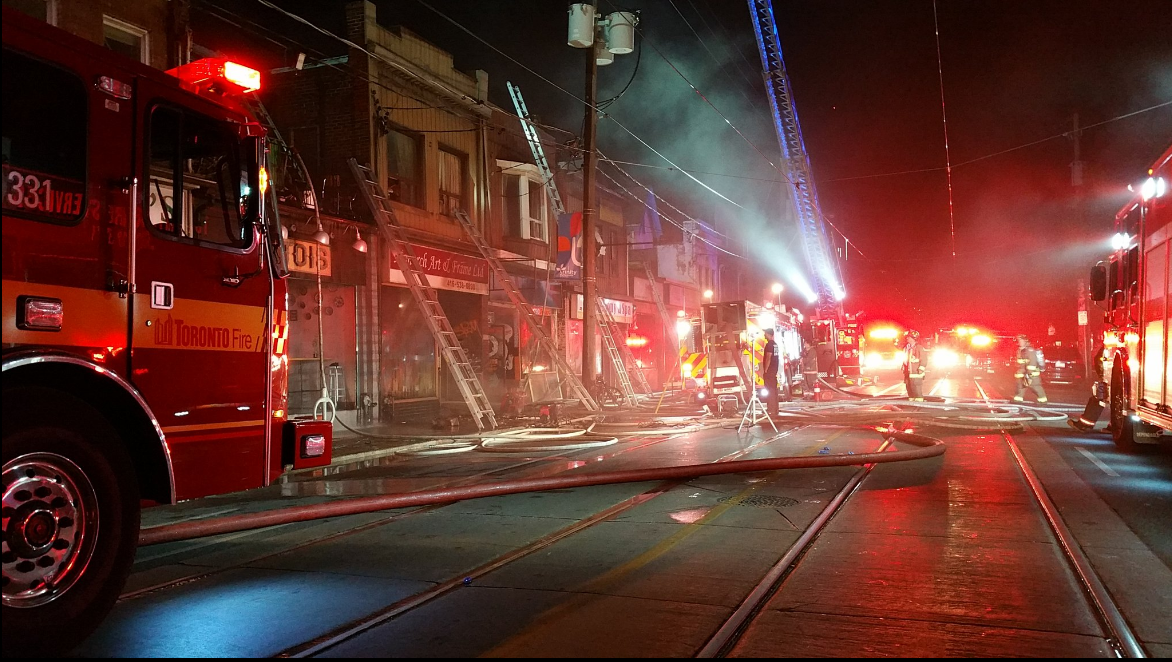 At one point last night, more than 90 Toronto firefighters and some 23 firetrucks had collected on Dundas Street West.

Within an hour, Dundas Street West was closed in both directions and remained so until 6am this morning. The fire quickly moved from its initial 2-alarm status through 3-alarm and all the way to a 5-alarm call by 2am.

Because of the size and scale of the fire, the Ontario Fire Marshal (OFM) has been called in to investigate the scene. The Toronto Star is reporting that two firefighters were injured when they fell off of a ladder, though neither were taken to the hospital for their injuries.

The fire took place at a store at 792 Dundas Street West, and due to the close proximity of buildings on that stretch, was able to spread quickly. Local business affected by the fire include restaurant favourite Patois:

#5alarm fire in building next to us Everybody at Patois is ok we won’t be open this weekend #torontofire #dundaswest pic.twitter.com/ggIQGEOheq

Thankfully, no other injuries are being reported. But it will be a while before Dundas Street West looks the same again. 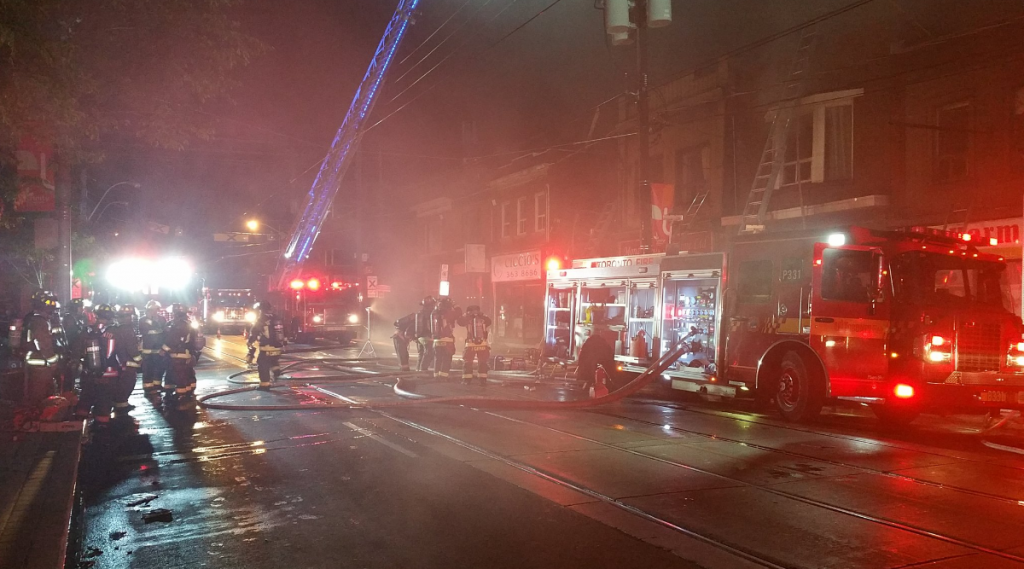 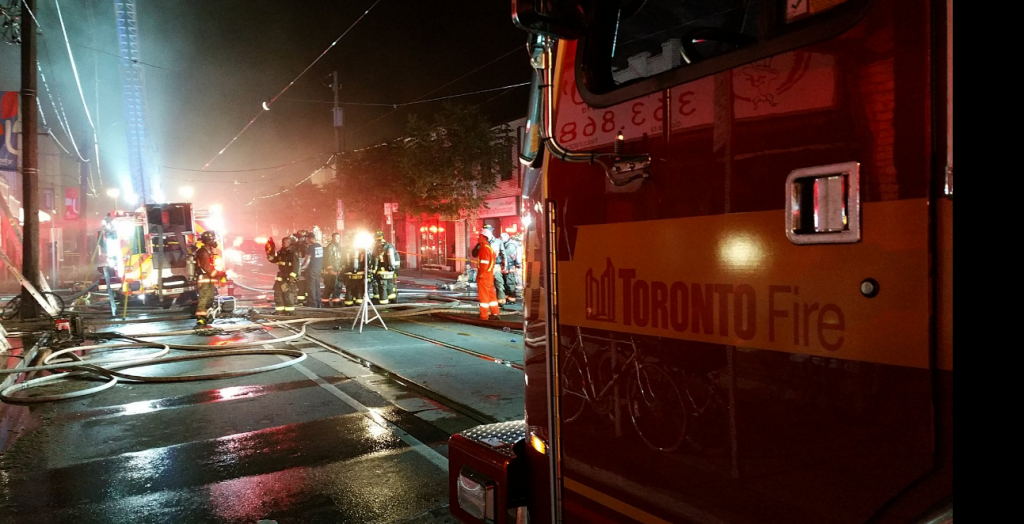