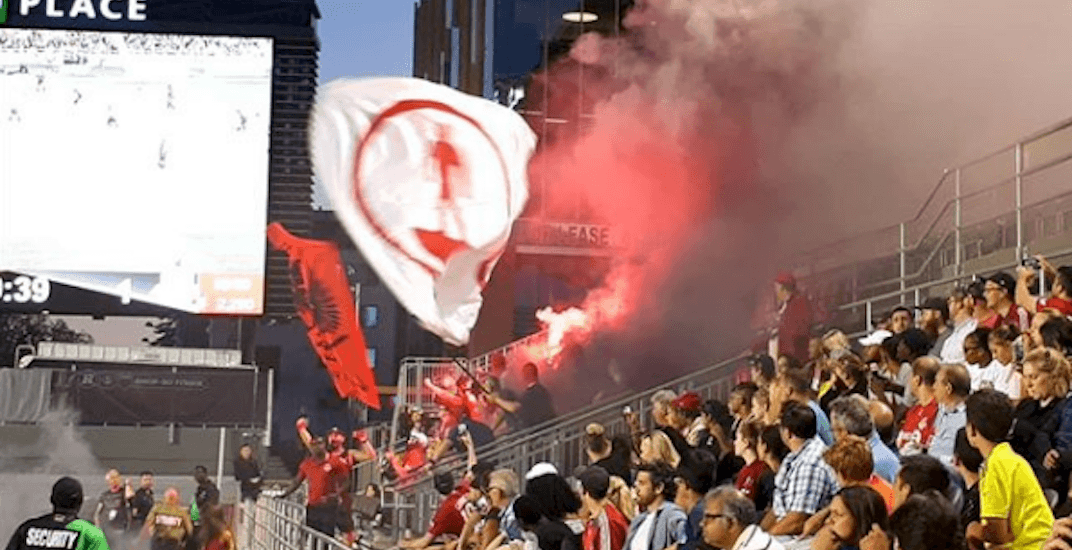 A few bad apples look to have spoiled the whole bunch, as Toronto FC has announced that they will be suspending all “recognized supporter group privileges” indefinitely.

A group of traveling TFC fans lit their section on fire during Wednesday’s Canadian Championship semi-final match in Ottawa. Some banners appeared to catch fire, while a couple of flares were tossed onto the field of play.

There was even a loud explosion.

Smoke plumed and play was stopped to deal with the incident. A fire extinguisher was brought in to quickly stop the threat, though the incident was a black eye for Toronto FC supporters.

“The safety of our fans, employees and supporters is the highest priority for TFC,” said Toronto FC President Bill Manning in a statement. “The events which took place in Ottawa last night involving TFC supporters were unacceptable and needlessly put the safety of others at risk.