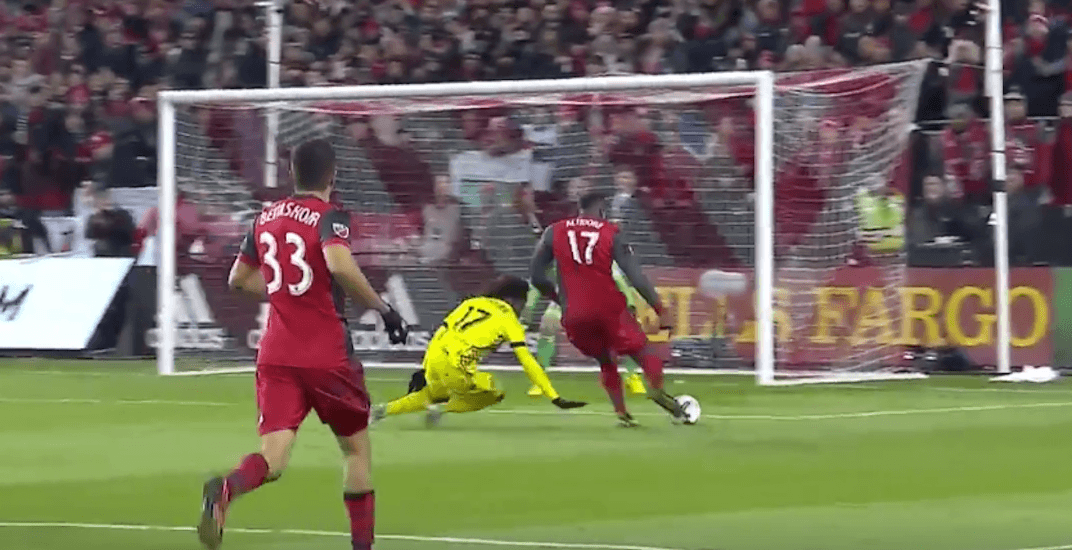 Five minutes earlier, Jozy Altidore was on the sidelines, injured.

Needing treatment for a second time, onlookers expected him to come out of the game.

But when you’re playing the decisive match of the Eastern Conference Final, you do everything in your power to keep playing.

Not only did Altidore do that on Wednesday at BMO Field, he scored the goal in the 60th minute that sent his team to the MLS Cup Final.

Toronto defeated the Columbus Crew 1-0 on Wednesday, and 1-0 on aggregate in the two-leg series.

What a moment for Altidore, who needed to redeem himself after receiving a suspension in the Eastern semi-final. Scoring a goal on one leg, with a bad ankle, certainly did that.

For Toronto, it’s a chance at redemption too. For the second straight year, TFC will play in the MLS Cup Final – and there’s a great chance that they’ll play Seattle, the team that beat them last year.

Seattle is up 2-0 heading into the second leg of the Western Conference Final on Thursday against Houston. The winner of that series will play Toronto at BMO Field on December 9 in a one-game winner-take-all MLS Cup Final.