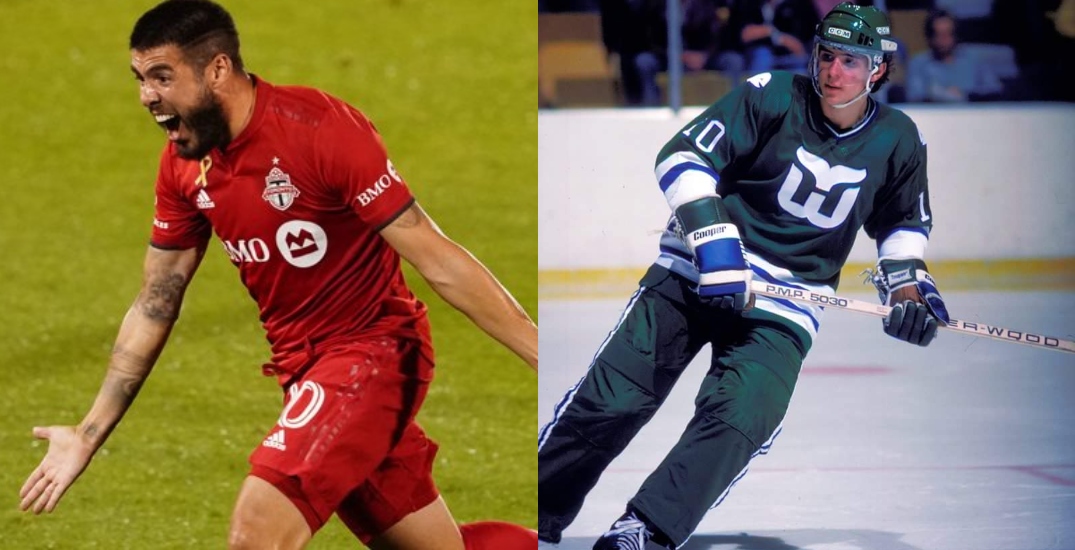 Toronto FC played their first game at their new temporary home in Hartford on Sunday.

With the border closed, the three Canadian MLS teams are forced to relocate to the United States for the rest of the season. For TFC, that means they’ll now call Rentschler Field home for six matches.

So far, so good, for Toronto, who earned a big 3-1 win over MLS-leading Columbus Crew on Sunday.

And while the empty stadium in the Connecticut capital was dressed up in TFC colours, the team gave a nod to Hartford’s sporting history.

Brass Bonanza served as the Whalers’ fight song, beginning during their WHA days in the 1970s. The team kept the song for most of its NHL existence, from 1979 to 1997 before the team moved to Carolina.