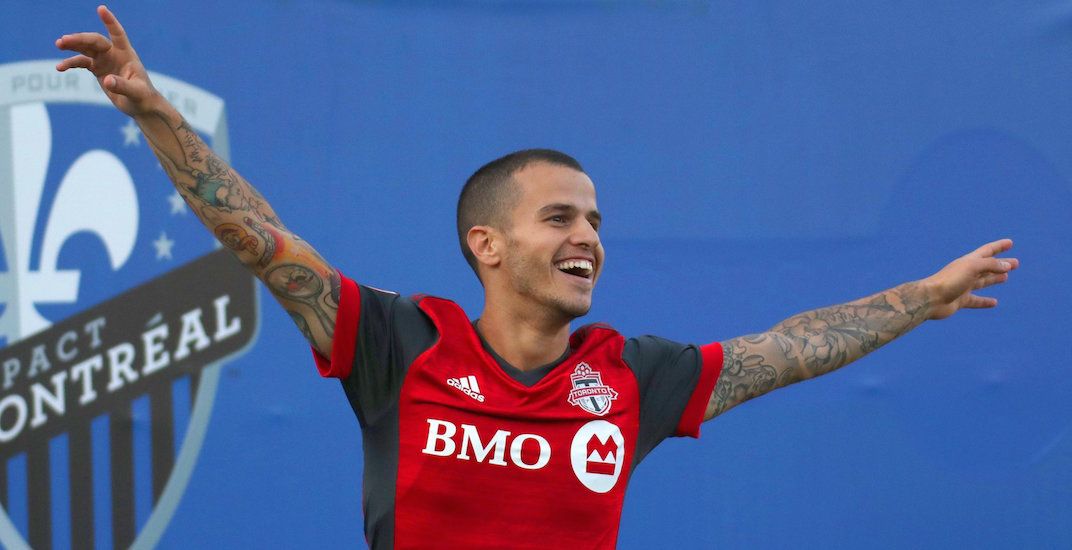 Toronto FC is having a special season.

After an away win over their Canadian rivals from Montreal on Sunday, Toronto set a franchise record for points (56). Now nine points clear of the next closest team, TFC is far and away the class of the MLS this season.

With seven games left and a record of 16W-3L-8D, they have their sights set on history, as they’re on pace to set a new league record for points in a season (68).

If they do that, they’ll lay claim to the best regular season ever in the 22-year history of MLS.

TFC is trending in the right direction, too. They haven’t lost in nine games.

Another week, another free kick golazo, another @Dimpflmeier Play of the Game courtesy of Sebastian Giovinco 💥🐜🎯#TFCLive | #MTLvTOR pic.twitter.com/XwEPAaxvD6

It should come as no surprise then, that TFC are heavy favourites to win the MLS Cup in 2017.

They’ve come a long way since finishing dead-last in the MLS standings five years ago.

Toronto, who lost the MLS Cup in heartbreaking fashion on home turf last year, have been given 13-4 odds by the bookmakers at Bodog. That’s well ahead of the next closest team – New York City FC – who are listed at 7-1. Chicago, Kansas City, Portland, and Seattle are all listed at 10-1.

Toronto’s last pro sports championship came in 2012 by the Toronto Argonauts. The Blue Jays last won the World Series in 1993, while the Maple Leafs haven’t won the Stanley Cup since 1967. The Raptors have never made it past the Eastern Conference Finals.

Toronto FC has never won the MLS Cup, but this could be – and should be – their year.