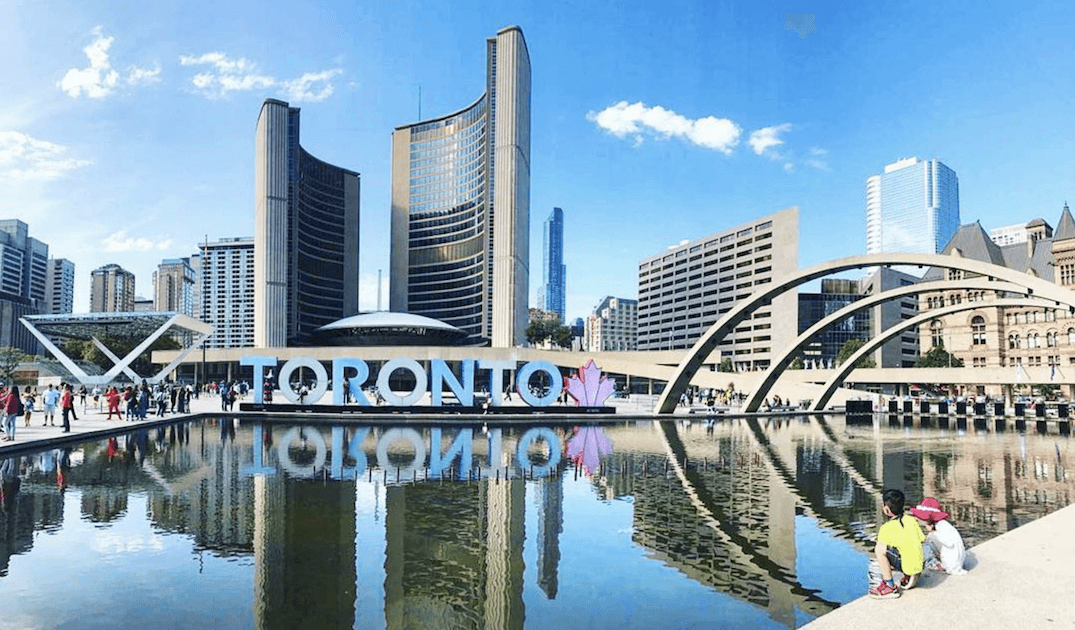 Nothing beats a sunny Wednesday.

We’re close enough to the weekend, and it’s warm outside so we can enjoy everything the city offers.

Have a great one, Toronto!

Back for its 10th year, the Toronto Palestine Film Festival (TPFF) is a volunteer-run, non-profit organization dedicated to bringing Palestinian cinema, music, cuisine and art to GTA audiences. It all kicks off tonight.

Where: Various venues
When: September 20 to 24

If you’re off and about this afternoon, check out this free screening of Silver Lining Playbook. Based on the bestselling book by Matthew Quick, the riotous and poignant story of how a man who has lost everything, his house, his job, his wife, reconnects with himself and creates his own silver linings from the bonds he forms with his family and friends.

Seventeen artists from across Canada have transformed the west-side of Toronto’s Underpass Park into a stunning and varied public art gallery. This ambitious project, entitled Multipli’city, was managed by Mural Routes as part of the Transportation Services Division StreetARToronto Partnership Program, in collaboration with the Corktown Residents and Business Association, the City of Toronto Parks, Forestry and Recreation Department, and Relay 2017 – Friends of the PanAm Path. A community celebration of the project will be held tonight!

Where: Underpass Park, Eastern Ave
When: September 20 at 5 pm

Under the Stars Screening

Wine and dine under the stars, and have the most inspiring night filled with the most incredible films. The screening is two hours long in the quad of Hart House, starting at 9, with doors at 7 to enjoy the food, music and art!

Where: Hart House, 7 Hart House Circle
When: September 20 at 7 pm

This Is Our Time Podcast launch & film: ANTARCTICA ICE AND SKY

Join This Is Our Time host Samantha Hodder, and co-producer Carol Devine, as they perform an exclusive episode on stage to launch their new podcast. The podcast is an 8-part series that follows five women, aboard the Homeward Bound Expedition, on the largest-ever all-female scientist expedition. Following the live event, there will be a screening of Antarctica: Ice and Sky.

Where: Revue Cinema, 400 Roncesvalles Avenue
When: September 20 at 7 pm