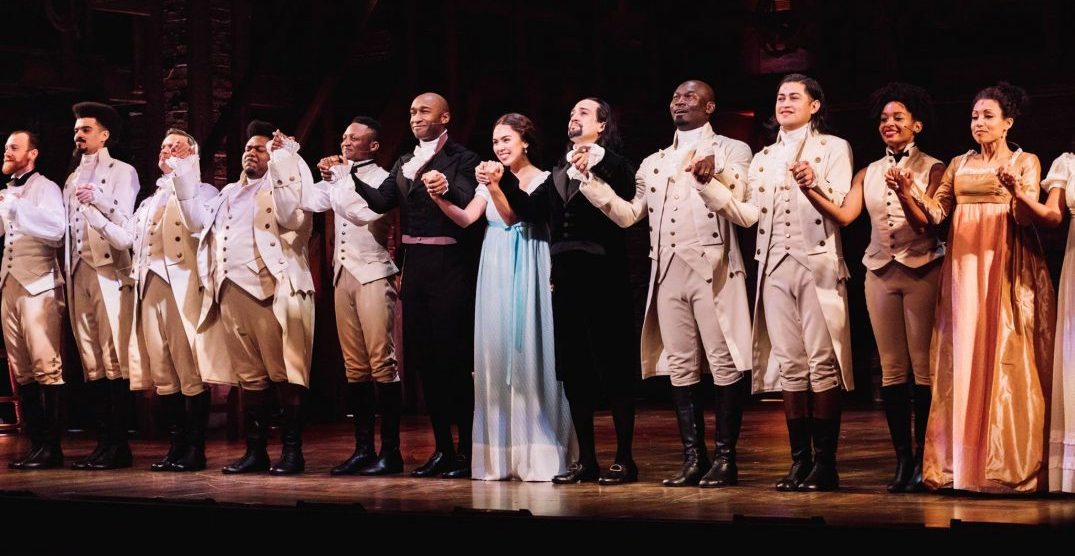 Are you ready, Toronto? It might only be Tuesday but there’s still plenty to do in the city. Don’t stress on finding an activity though, we’ve rounded up a few of the best.

What: Hamilton is the story of America’s Founding Father Alexander Hamilton, an immigrant from the West Indies who became George Washington’s right-hand man during the Revolutionary War and was the new nation’s first Treasury Secretary. Featuring a score that blends hip-hop, jazz, blues, rap, R&B, and Broadway, Hamilton is the story of America then, as told by America now.

When: February 11 to May 17
Where: Ed Mirvish Theatre — 244 Victoria Street
Admission: Online tickets sold out, some available via lottery

An Intimate Evening with SPIKE LEE

What: An intimate evening where you will watch a restored version of his film BAMBOOZLED and hear the Oscar-winning director and Cannes Film Festival’s first black Jury President, discuss his journey as a filmmaker as well as his views on the future of Black films and Diversity off/on screen.

What: The Hershey’s Kisses Sweet Reunions Post Office will be running out of Union Station, offering the chance to send a sweet treat across Canada to someone you love, free of charge. Whether you’re in a long-distance relationship or are away from friends or family at this time of year, hopefully, this pop-up can make your day a little bit sweeter.

What: With the recent loss of the band’s drummer to cancer. The Hamilton-born  Neil Peart, along with bandmates Geddy Lee and Alex Lifeson, took the Canadian prog-rock band to international stardom with his explosive, virtuosic drumming and brilliant lyrics. Notoriously private, the legendary stickman opened up to filmmakers Scot McFadyen and Sam Dunn in this acclaimed 2010 concert doc.

What: How does George eat a chocolate bar? What umbrella move did Jerry invent? What is Kramer’s alter-ego’s name? For $5 a player you can see if you know everything about the show about nothing. There will be video answers after each round and Seinfeld episodes airing throughout the evening.