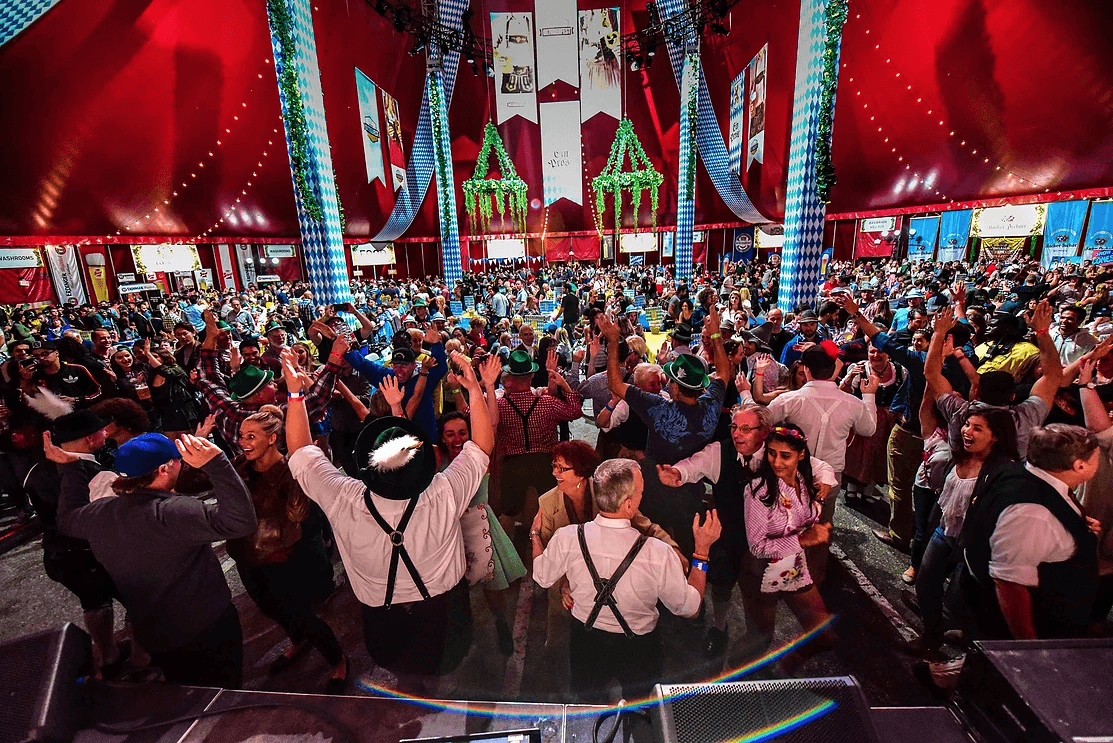 Well Toronto, fall has officially arrived… even if that means it feels like summer.

And the start of the new season brings an incredible lineup of exciting events and activities happening around the city.

From a special talk from former US president Barack Obama to a massive two-day Oktoberfest party, here are the hottest Toronto events of the week.

What: This week, The Sky Guys Ltd., Canada’s leader in drone technology and Cambridge House International, will be hosting  The Toronto Drone Film Festival at the Second Annual Big Drone Show. The two-day conference and trade show will be taking flight in Toronto at the Metro Toronto Convention Centre.

What: Come and kick off the start of fall by attending this free party to celebrate the launch of The Power Plant’s Fall 2017 Exhibition Season. Be among the first to experience exhibitions by Sammy Baloji & Filip De Boeck, Amalia Pica and Michael Landy, who will produce the third iteration of the Fleck Clerestory Commission Project.

Where: The Power Plant
When: September 28, 8 pm

What: Former US president Barack Obama is coming to Toronto this week to give an address at a lunchtime event hosted by Canada 2020, an Ottawa based think-tank. After Obama’s remarks on civic engagement, community leadership and tolerance, an “on-stage discussion on a wide-range of topics” will take place.

What: Get the Dirndl dresses and Lederhosen ready Toronto, Oktoberfest is back for another exciting year! Get into the festive spirit by heading to Toronto authentic Oktoberfest festival, taking place under a massive 30,000 square foot tent at Ontario Place. Experience food, drink, and lots of merriment at the two-day festival and outdoor Bavarian Village.

Where: Ontario Place
When: September 29 to 30

What: From sunset to sunrise on September 30, Nuit Blanche will be taking over the city. From post-apocalyptic vibes to militant nostalgia, Nuit Blanche transforms the city into an elaborate pageantry of thought-provoking pieces, light installations, and wild colours. The event features over hundreds of local, national and international artists presenting contemporary pieces.

Where: Locations throughout the city
When: September 30

What: Wanderlust is the Leslieville BIA’s signature event of the year. It’s a customer appreciation event that highlights the people, places and things unique only to Leslieville. Come and enjoy delicious food, live music, and art.

Where:  Queen Street East between Vancouver and Booth Avenues
When: September 30, 12 pm to 6 pm