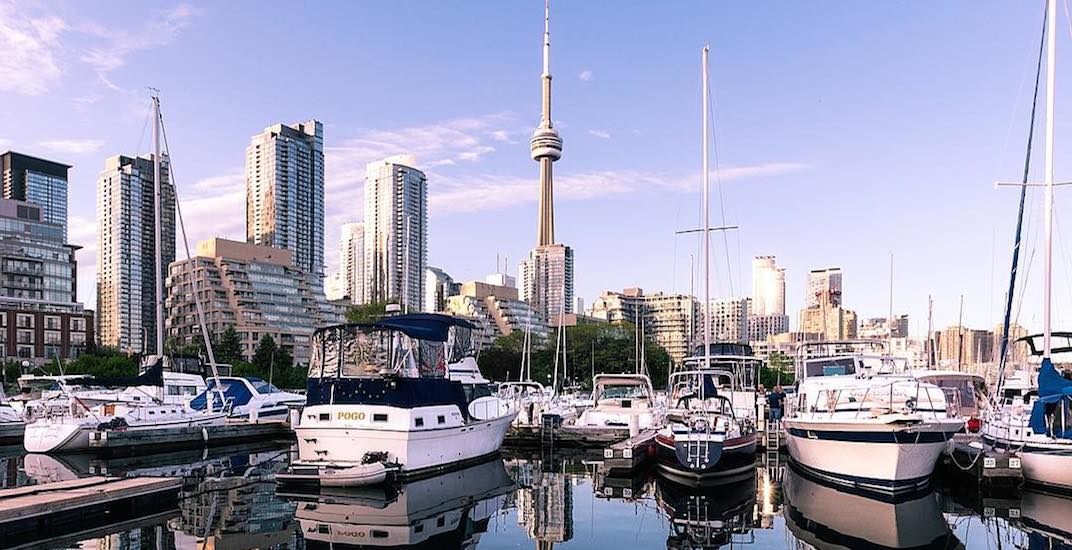 Bundle up and check out what’s happening in the city today!

What: This weekend, you can watch a selection of Canadian outdoor adventurers on some of their cool quests around the world on the big screen at the Banff Mountain Film Festival.

When: Now until March 25
Where: Various venues throughout the city

What: If you are looking to get your feet wet when it comes to programming, then this is the workshop for you. Ladies can learn the basics of coding in a welcoming environment, plus, you’ll get to build your very own website! The workshop, which is sponsored by Booking.com, will also include a contest where one winner will win a $500 travel credit and a one-hour mentorship session with a Booking.com female tech expert.

What: Today is the final day to check out this nationally recognized film fest that’s dedicated to showcasing Canadian cinema while inspiring filmmakers and cultivating a network of Canadian talent.

What: The Evergreen Brick Works Saturday market has grown to become the largest farmers’ market in Toronto. Here you’ll find a wide variety of local and seasonal foods from local farmers and producers.

What: In honour of National Waffle Day, Foodora is teaming up with Cluck Clucks Chicken & Waffles for a one-day-only pop-up celebration in Kensington Market. The pop-up waffle bar promises DIY waffle-making stations featuring an array of over-the-top toppings spanning the gamut of sweet to savoury.

What: Come cheer on the boys in blue as they face the Detroit Red Wings on home ice this Saturday. Puck drop is 7 pm.

What:  It’s called AC2: Anderson Cooper & Andy Cohen, and it’s bringing the popular CNN anchor to Toronto tonight. Cooper and Cohen will be at the Sony Centre for Performing Arts this evening for what’s described as “an unscripted, uncensored and unforgettable night of conversation.”

Unplug to Connect for Earth Hour

What: This evening, stand up for climate action in Canada by joining the city in an hour of darkness. At 8 pm, most of the lights will be switched off around Yonge and Dundas in Toronto, and you’re invited to join World Merit Toronto walk from Nathan Phillips Square to the Eaton Centre in the dark.

What: Hemingways, Toronto’s popular New Zealand-style pub, is throwing an epic ‘silent disco’ this evening, where party-goers finally get to take control of what they listen to.

What: Tonight, bring your bodacious bodies and move to your favorite brand of Secret Society musical stylings while surrounded by the vibrant and sexy workout threads of the 80s! This is a BYOB event.

What the Film Festival

What: Now in its fourth year, What the Film Festival celebrates contemporary eccentric cinema and is taking over The Royal Cinema this weekend.