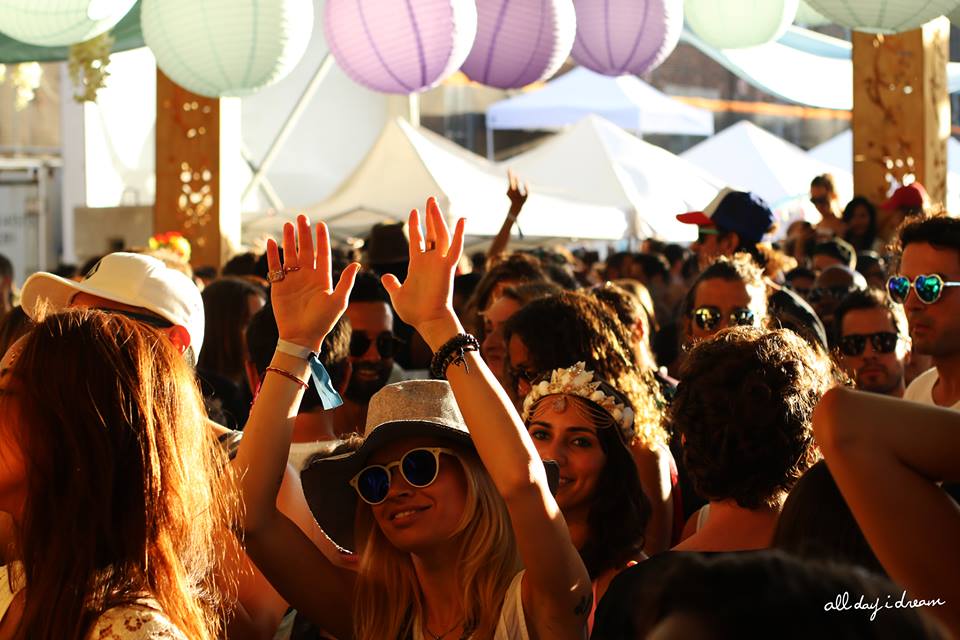 All Day I Dream is finally here/(Daniel Leinweber, Razberry Photography)

From the Beaches International Jazz Fest to a ton of cultural events and a daytime music party, we’re stoked to head into this summer weekend! And to top it off, there’s an outdoor movie screening Sunday evening to wind it all down.

We’re ready for the weekend! Check out some of these events with us.

Celebrating 30 years of racing on the streets of Toronto, the Honda Indy Toronto is taking over in July. It’s fast and furious in the city this weekend.

The 2016 edition of the Franco-Fête will be a musicfest in the best tradition, spotlighting some of today’s top Francophone artists. The family friendly event is in its 34th year, and all is free!

Guns N’ Roses
What year is this again? Legendary rock & rollers Guns N’ Roses are back on tour after years of ups and downs, and line up changes. After headlining Coachella earlier this year, the boys (including Slash and Axl Rose) are bringing their “Not in This Lifetime…” rock show to Toronto this month.

Saturday is officially rock band night in Toronto. Old school Brits Def Leppard is also in town the same night as Guns N’ Roses – what are the chances? Having also gone through ups and downs, and a few line up changes, these guys are legendary for a reason. This show should prove just that.

If you’ve ever been to Mexico City, you know the culture, smells, and colourful city is rich and unforgettable. Experience that feel this weekend at Harbourfront!

Splashing some spiritual culture into the city, the 44th Annual Festival of India returns on July 16 for two days of nourishing festivities.

Although it began on July 2, the peak of the fun is this weekend at the Beaches International Jazz Festival. Celebrating its 28th year, this year’s festivities includes two stages, a beer garden, and lots of vendors.

The Aga Khan Museum is featuring a family friendly programming igniting all the senses: pop-up musical performances; hands-on art workshops; and readings and talks by children’s writers and illustrators who share a fascination with flight.

Festival of Flight and Star Party

Continuing on the Festival of Flight, the Ontario Science Centre is hosting a Public Star Party as part of the festivities. The event includes presentations on space flight and exploration – including observing the sky through telescope.

The Toronto Salsa Practice is a relaxed, friendly gathering of salsa enthusiasts. Lean new moves, and meet other dancers. No partners required.

The weekly celebration of design learning, family and community, continues through till September 4. It’s time to get creative and have some fun with the family!

All Day I Dream of Toronto Skies

A world-class cultural event that began in 2002, the IRIE Music Festival celebrates culturally diverse artists while providing the larger community with a unique opportunity to celebrate African-Canadian culture.

Wind your weekend down with a movie in the park! Recent Oscar nominee Mustang (2015, Foreign Language Film) will be screened this weekend, for a nice chill Sunday evening.