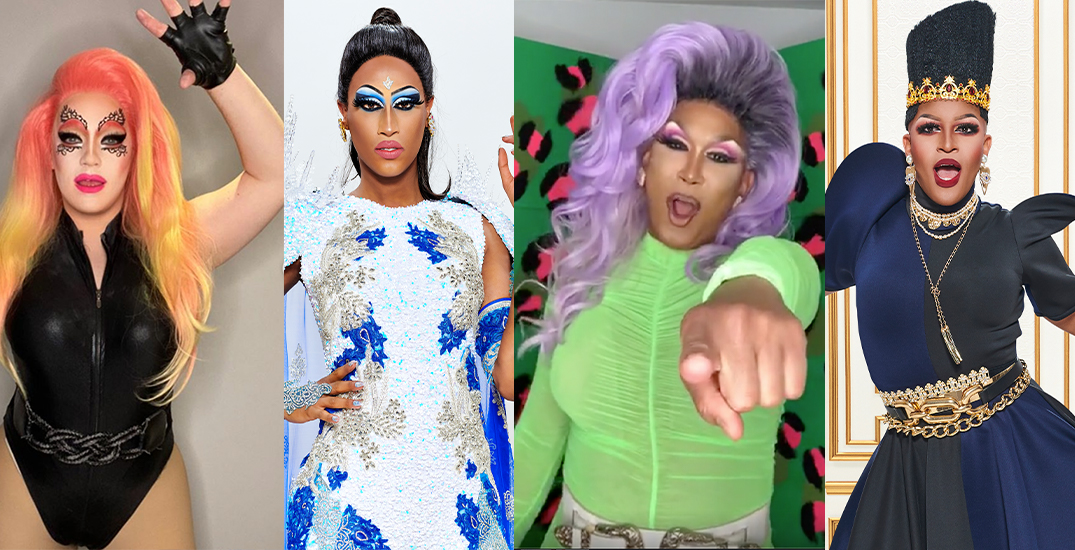 Life as a Drag Queen is a little different now that we’re all stuck in quarantine. Some queens have gone from performing several times a week at different venues to performing virtually from home.

The City of Toronto has also cancelled all in-person Pride celebrations for the month of June because of COVID-19, but that hasn’t stopped the city’s queens from participating, virtually.

Daily Hive got the opportunity to speak with some of Toronto’s fabulous Drag Queens about how life has been since quarantine:

What’s her name? Say her name!

Priyanka said that her life has “changed so drastically since COVID-19.” She went from being able to perform – in person – all across the country, to being limited to her bedroom.

“As Drag Entertainers, we are all going through a very hard time right now, but we have to keep pushing through because our main mission is to entertain and keep people feeling hopeful,” she said.

There has been a “180 degree” change on what it now means to be a drag entertainer, according to Priyanka.

Before, queens got to “get ready to go to the gig and put on a show” and now queens have to perform live from their bedrooms “while engaging with people who are also at home too.”

These changes have not stopped Priyanka though. She likes the challenge of being more creative.

“The good news is drag entertainers are crafty, so we’re all figuring it out,” she said.

Besides the fact that queens now have to perform in their own homes, Priyanka also said that people are watching a lot closer. This means that queens have the opportunity to perform other numbers that are “more than just dancing to a pop song.”

Priyanka has been able to perform her Loonette the Clown mix which she does not normally perform on a Saturday night.

Priyanka believes that Drag is a way of escape. Whether that means performing at her favourite venues across Toronto – Crews & Tangos, Woody’s, Glad Day Bookshop, Gladstone Hotel, Lula Lounge – or performing virtually, she is “so proud to be a part of a city that has so many safe spaces for queer people.”

Now that Toronto’s Queens have had to pivot to performing online, Priyanka said that entertainers will be thinking more about their online presence.

Quarantine has allowed for Priyanka to catch up on some rest. Working as a kids television host and doing drag did not allow for a proper sleep schedule.

“I’ve caught up on sleeping and that will forever be my hobby,” she said.

Priyanka has also learned how to cook a couple of traditional Guyanese dishes over FaceTime with her mom. Taste tests proved that the dishes are exactly like the ones that her mom makes, “I’m happy I made her proud.”

But not everyone is happy during these difficult days.

She has acknowledged that members of the LGBTQ2S+ community may be struggling during the quarantine. She said that she understands that it can be hard but that this is the perfect time to “plan, create, reflect, and really shape yourself to be happy.”

“Use your time to plan your world domination like I am,” she said. 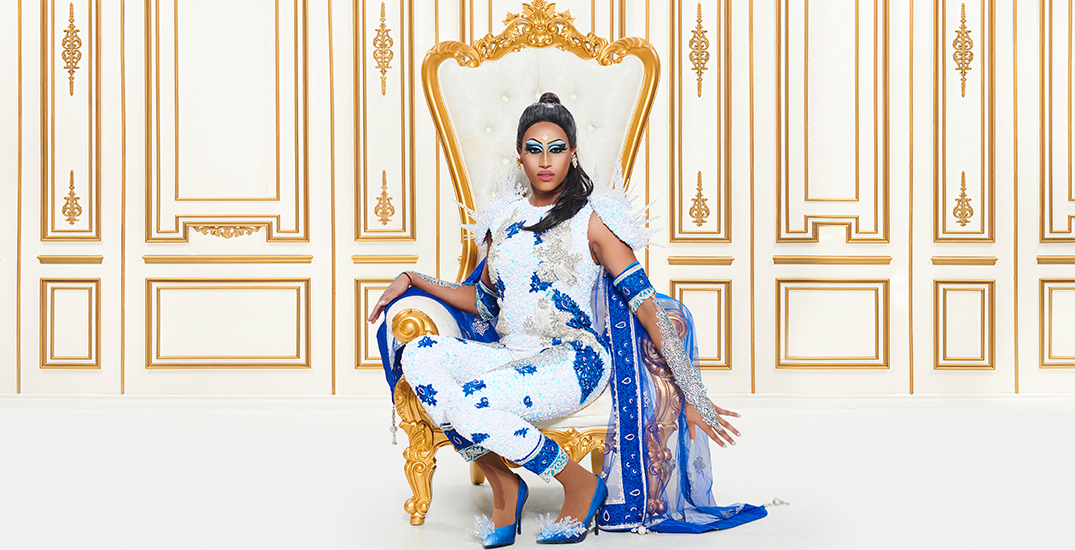 Priyanka is also a contestant on the very first season of Canada’s Drag Race, premiering on Crave July 2.

This Pride month, Priyanka will be one of 12 performers in “Drag Ball presented by Crave.” This event will be available through Pride Toronto on June 27.

The 12 contestants from the upcoming Drag Race will be performing “never before seen acts.”

You can stream the event worldwide on the Pride Toronto Twitch channel or the Drag Race on Crave YouTube channel.

“Although I’m #TeamPriyanka because I am Priyanka, I know the girls are gonna bring it and I can’t wait!”

Tynomi Banks has been quickly adapting to the online world since the start of quarantine.

She has been using Zoom, Twitch, and Instagram to perform but misses being on stage, in-person, because she’s a dancer.

Now her living room has become her stage. Even though she’s currently unable to dance at her favourite venues – Crews and Tangos and Woody’s – she said that there is now more time to connect with people.

Virtually performing has been important for Tynomi’s mental health.

“By me putting my focus into performing, it keeps me active and my brain going. It also helps me cope with what the new normal is going to be,” she said.

Recently, Tynomi also got the opportunity to be a part of a Digital Drag Festival which was organized by fellow Drag Queen Alaska Thunderf*ck. She said that it was a fun experience and she enjoyed being able to talk to other queens directly.

“The world needs connection, love, and support and what better way than to watch a drag performance from the comfort of your own home.”

During quarantine, Tynomi has also gotten opportunities to work with people that she has wanted to work with for a long time. She believes that connecting with others through social media is easier than going through an agent. “In a way, it makes everyone equal,” she said.

There are a bunch of hobbies that Tynomi has taken up since the beginning of quarantine.

After going 10 years without riding a bike, she has gotten back into it. She said that she has had more time to binge TV shows and documentaries. She also has gone to the park with her roommates more often and has been taking the time to slow down and catch up with friends. Besides biking and media, Tynomi said that she has also “taken up eating.” 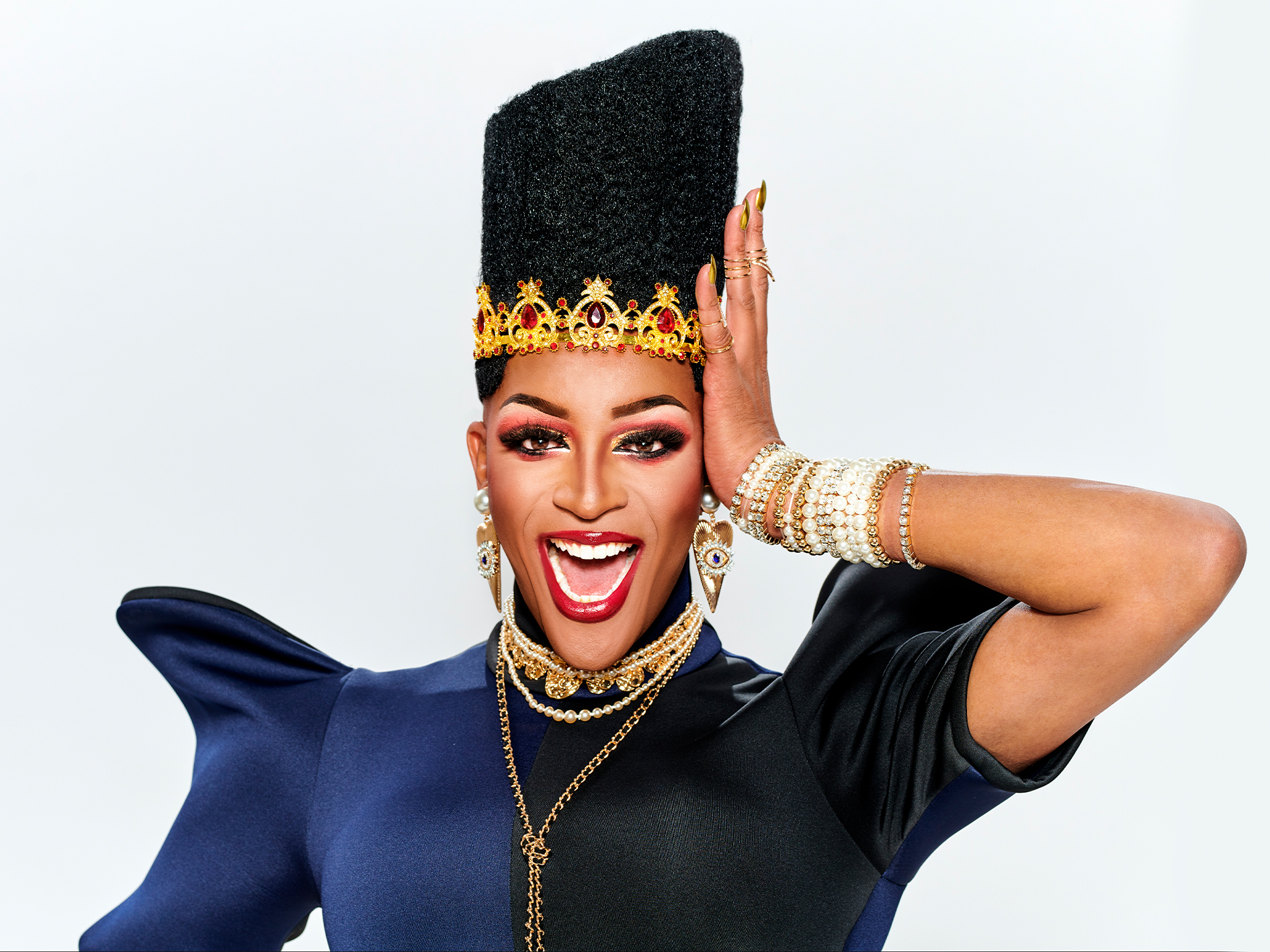 She’s encouraged members of the LGBTQ2S+ community to connect with one another during this time and suggests going for walks and going to the park.

“We’re not meant to be alone for so long. It can drive you nuts. You need other people’s love and energy to help you through,” she said.

Tynomi will also be a contestant on Canada’s Drag Race.

Before quarantine, she was performing five to six times a week and working at multiple venues. Some nights even consisted of performing at two or three venues. Her favourites include Crews and Tangos, Woody’s and Buddies in Bad Theatre.

Baby Bel Bel went from spending the majority of evenings performing in person to having all of her places of employment close.

“We are now performing online so we can’t really feel that connection that you have with a live audience, which is personally one of my favourite aspects of Drag performances,” she said.

Although performing virtually is definitely different, Baby Bel Bel has also recognized some of the positives that it has provided.

She said that since quarantine, she has learned a lot of video editing skills. She also has been trying to get creative and transform her home space into a stage for her online performances.

She is now performing every Thursday on Instagram. Baby Bel Bel said that she is also doing a lot of performances on Zoom for online parties and corporate Pride events.
Baby Bel Bel decided to perform virtually because she loves her job and loves to perform.

Once she began her online performances, she received messages from fans and followers asking for longer virtual shows. They also sent in song requests and some thanked Baby Bel Bel for “bringing joy into their homes.”

“I’ve always thought my job was to make people happy, so it’s important during these often depressing times to bring joy however I still can and I enjoy doing it,” Baby Bel Bel said.

She is currently living with her parents, outside of the City. She lived alone before the pandemic and thought that having company during this time would be best.

“Usually with the nightlife you don’t have much time to prepare dinners so I’ve been enjoying learning new recipes and my parents have a nice backyard so I’ve been helping out with the garden, again something I normally would never have time to do,” she said.

Baby Bel Bel has said that she believes that it’s important for members of the LGBTQ2S+ community to know that they are not alone during these unprecedented times and suggested to always reach out to family and friends for support. She also said that it is normal to be having a difficult time with what is currently happening in the world.

“Our safe spaces have closed down and these were considered second homes to many queer people. LGBTQ+ people have always dealt with ‘setbacks’ and we always prevail in the end. Right now, stay safe, be responsible and know that this is just a rough patch,” she said.

“Soon we will be dancing in the streets again throwing glitter, eco-friendly glitter of course.”

You will be able to watch one of Baby Bel Bel’s music videos as it will playing during one of the Saturday Drag Hours during Virtual Pride Toronto.

Sofonda Cox is a resident Queen at Woody’s who hosted shows three days a week before quarantine.

She said that Drag shows rely on human interaction but has started to perform virtually herself.

“The closures of these establishments have literally wiped our sole income and basically our way of life. Artists and entertainers, in general, have learned to adapt and use social media to connect with the outside world,” Sofonda said.

She describes herself as creative and is super hands-on with props.

During quarantine, Sofonda has made the trip to the dollar store to stock up on art supplies to make some fabulous backdrops for her virtual performances.

She believes that virtually performing in quarantine not only spreads “joy and laughter” but also boosts morale and provides fans and followers with a human connection.

“We try to avoid feeling depressed. These shows help entertain everyone and keep us connected,” she said.

Sofonda believes that more queens are now learning how to educate themselves on social media platforms. She also thinks that many are also finding new ways to use media creatively because of quarantine.

She said that Drag Queens will come out of quarantine having learned “new and improved things.”

“We wash and sanitize our hands more often and we are now better cooks,” she added.

Sofonda believes that staying connected and never being alone during this time is important.

“There will always be someone there to talk to. Always ask questions if you need help. We do have the 519 community centre on Church Street whose doors are always open to help the community,” she said.

You can watch Sofonda’s weekly Facebook LIVE performances and check out Sofonday, a weekly performance every Saturday on Instagram. She performs every hour on the hour for 20 minutes at a time from 1 pm to 9 pm.