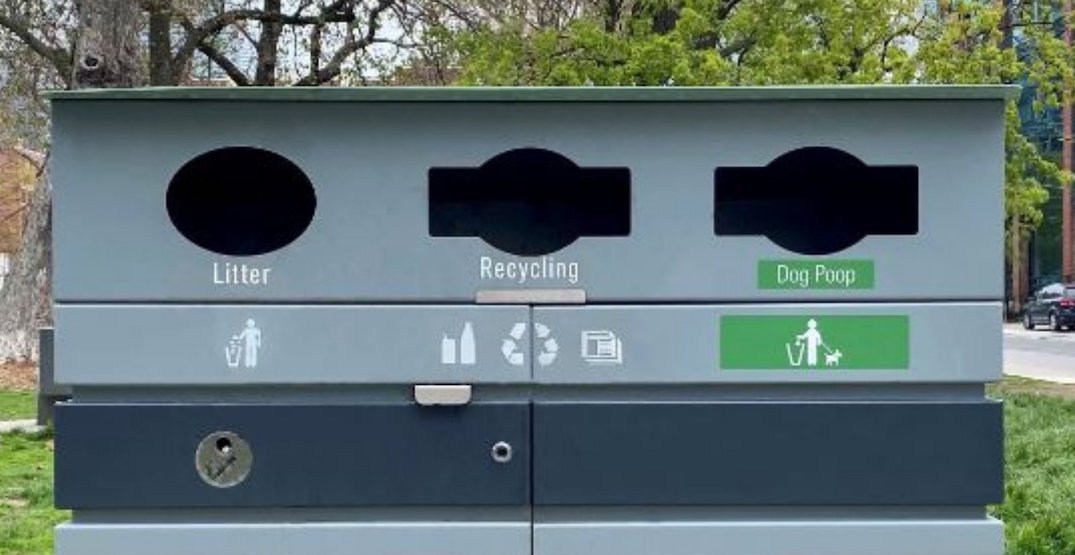 A new City of Toronto pilot project is looking to give dog owners their own compartment in the City’s public waste bins just for their dog’s poop.

Ten bins across Toronto parks where the concentration of dog waste was found to be high have been altered to have one compartment that will be used exclusively for dog poop.

According to the City, these 10 bins are the first step in a pilot project that will last three months. If the first phase is successful, the project will expand to 30 bins for another three months and then to 100 bins for an additional six months.

“I encourage residents who see these new bins to use them when they are out with their dogs,” said Mayor John Tory. “This type of initiative is a great example of how our City is always looking for innovative ways to make it easier for our residents to help keep our streets clean and keep materials out of landfill that don’t need to be there.”

The first 10 bins can be found near the following locations:

I encourage residents who see these new bins to use them when they’re out with their dogs.

This initiative is a great example of how our City is making it easier for our residents to help keep our streets clean and keep materials out of landfill that don’t need to be there. pic.twitter.com/nck3K2xUmW

The idea for the pilot project came about after waste audits showed an increasing amount of dog waste in litter bins. A spring 2020 audit found that 45% of the litter in City garbage bins was organic material, 99% of which was dog waste.

By separating the dog waste, it will not only prevent the vast majority of this organic material from ending up in a landfill, but it will also make it easier for the city to collect and use the waste to create digester solids, which go on to become compost.

“This pilot is an important way to determine if we can divert more organic material from landfill using modifications to our existing street litter bins that are easy for Toronto residents to understand and use,” said Councillor Jennifer McKelvie, Chair of the Infrastructure and Environment Committee.

This isn’t the first waste project of its kind for the City. In 2018, green bins were installed in some of the Toronto’s parks with off-leash dog areas. To date, these bins have diverted 450 tonnes of organic material away from landfills.

Until these dog-poop-only compartments are more widespread throughout Toronto, the City asks that dog owners continue to use the litter compartment or, alternatively, take the dog poop home to put in their green bin.