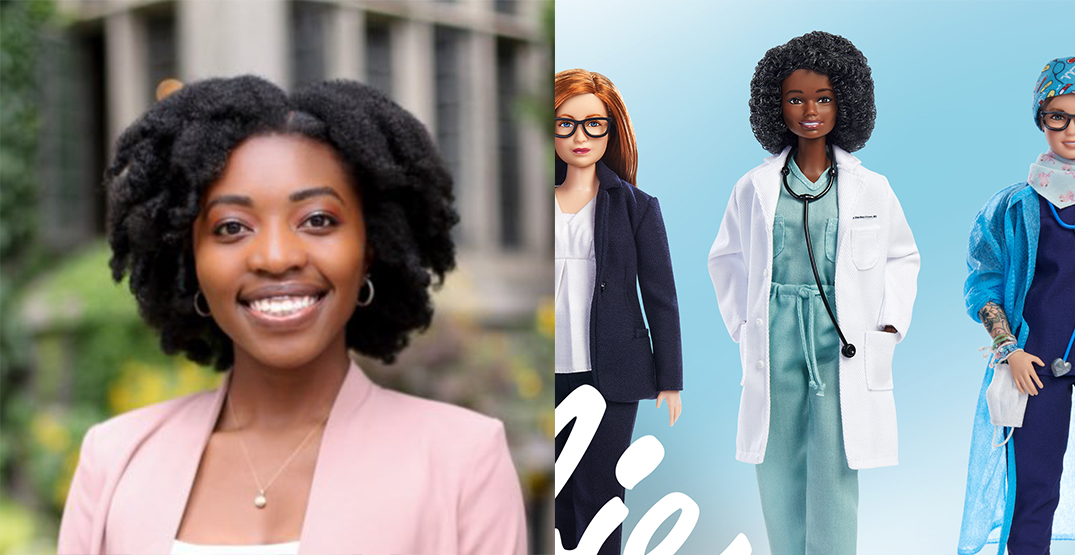 Dr. Chika Stacy Oriuwa and the doll made in her likeness (@chikastacypoet/Twitter and Mattel)

Toy-maker Mattel is shining the spotlight on a young Toronto doctor’s advocacy to end systemic racism in healthcare.

The doll made for Toronto’s Dr. Chika Stacy Oriuwa is one of six custom Barbies paying tribute to women in healthcare worldwide. They’re part of a new campaign that thanks healthcare heroes and raises money to support children of essential workers.

Oriuwa is a psychiatry resident at the University of Toronto. The Mattel company says it admires Oriuwa for her work fighting systemic racism within healthcare — especially after the pandemic drew attention to existing inequities.

Oriuwa was a poet before she was a doctor and uses her spoken word skills to give powerful talks about the challenges she overcame to get where she is today.

“There is a power in standing in your truth and allowing the light within you to shine brightly that others can recognize and respect,” she says during a TED Talk she gave this spring.

Here are the other healthcare heroes honoured with custom dolls:

The dolls were delivered to each woman individually and will not be available for general sale.

However, Mattel has released a new clinic-themed playset where a doctor Barbie can play with a medical station, an exam table, and an x-ray machine. Mattel says $5 from each set sold through select retailers will go toward the First Responders Children’s Foundation.

“Barbie recognizes that all frontline workers have made tremendous sacrifices when confronting the pandemic and the challenges it heightened,” Mattel spokesperson Lisa McKnight said in a statement. “To shine a light on their efforts, we are sharing their stories and leveraging Barbie’s platform to inspire the next generation to take after these heroes and give back.”