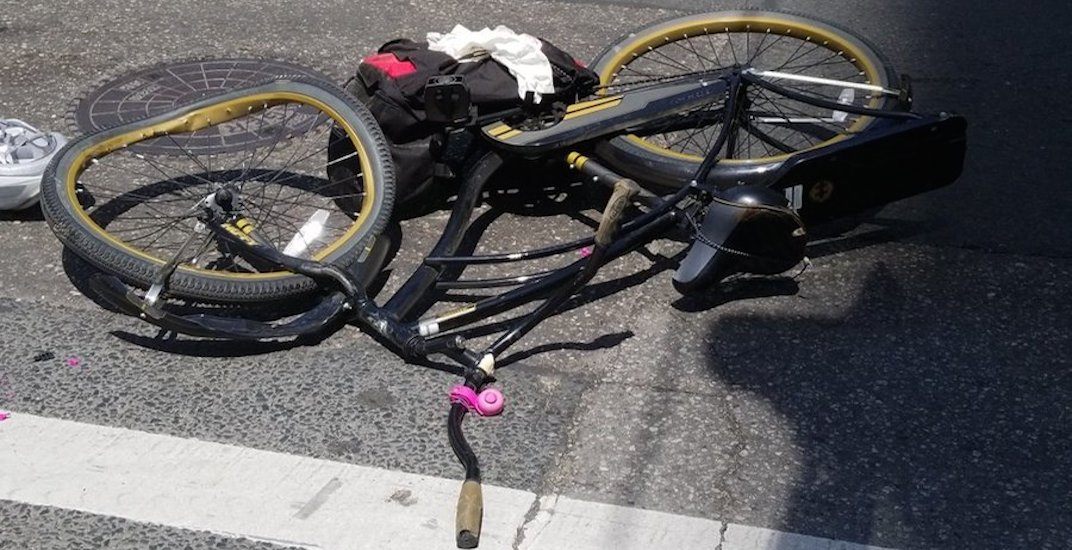 A female cyclist has been fatally struck after being hit by a flatbed truck near the Annex Tuesday afternoon.

Police were called to the intersection of St. George Street and Bloor Street around 12 pm, after a receiving a call about a collision between a cyclist and a truck.

When police arrived on the scene, the woman was found without vital signs and was pronounced dead shortly after.

According to police, the truck driver remained on scene. Bloor Street is now closed from Huron to Devonshire Place and St. George is closed from Prince George Avenue to Sussex Avenue.

The area is expected to remain closed for an extended period of time as police continue to investigate. They ask for the public’s patience.

Additionally, any witnesses are asked to call 416-808-1900 with any information.