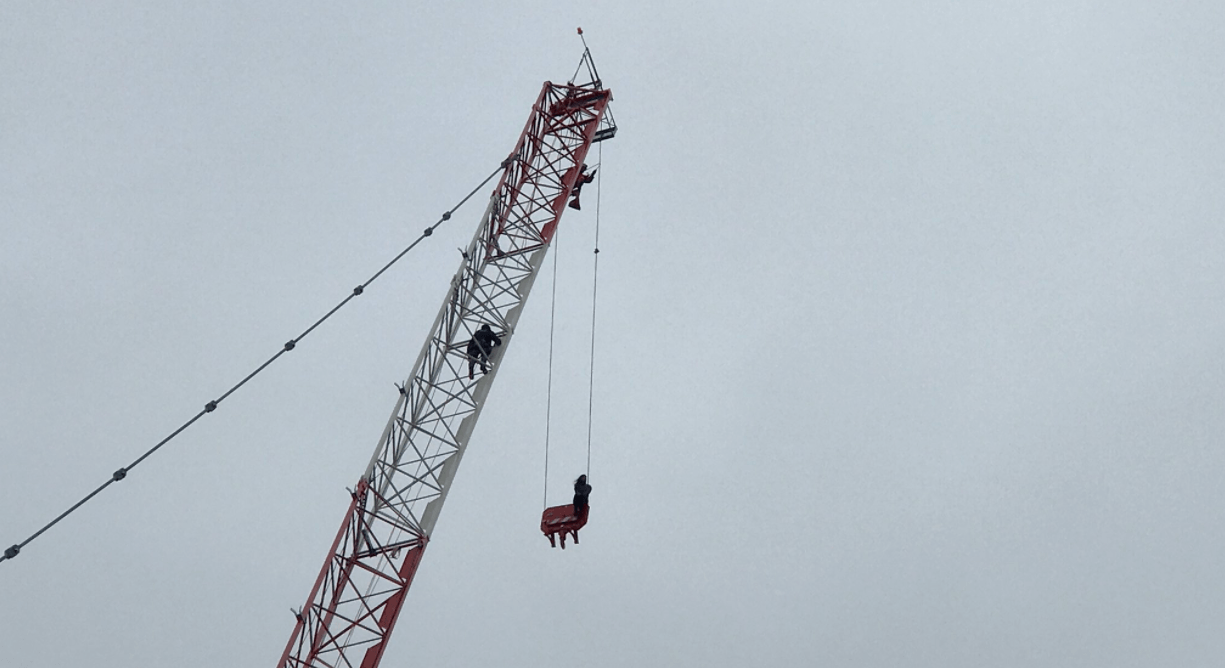 Yesterday morning, a daring and dramatic scene played out on top of a Toronto crane.

Sometime during the early morning hours, 23-year-old Marisa Lazo had climbed up a construction crane at 50 Wellesley Street East, near the intersection of Church and Wellesley. Somehow, from the top of the crane, Lazo managed to lower herself down a cable onto a small pulley device where she became trapped.

Police were called shortly after 3 am and together with fire and rescue teams conducted a 5-hour effort to bring Lazo down from the pulley safely. She was taken to hospital and provided medical care.

She has been charged with six counts of Public Mischief Interfere with Property.

Lazo is scheduled to appear in court at Old City Hall at 10 am this morning.