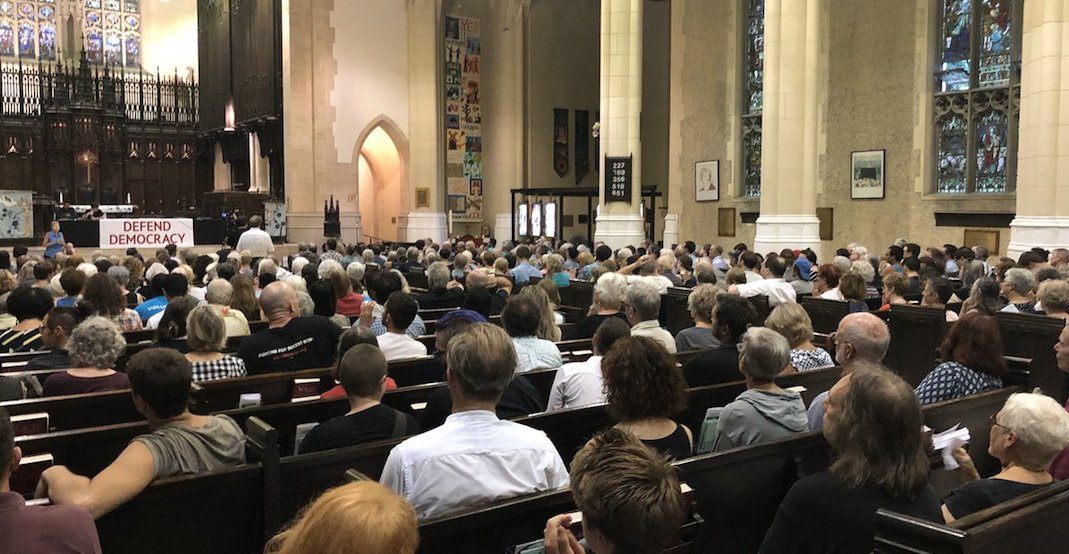 On Monday, August 20, Mayor John Tory and Toronto City Council are voting on whether or not they should take Premier Doug Ford to court to put a stop to his interference with the upcoming municipal election.

This comes just days after the Better Local Government Act (Bill 5) passed legislature, officially reducing the number of Toronto City Councillors nearly in half from 47 to 25.

Following the passing of Bill 5, the City announced it’s considering challenging the province’s move to cut the size of Toronto council and it will be holding a special meeting on Monday where the council will decide whether or not to instruct the City’s legal team to take Doug Ford and the PC Party to court.

According to a council report, council asked the City Solicitor to, “consider the validity and constitutionality of [Bill 5], including its potential violation of the rights of the citizens of Toronto to fair and effective representation, the practicality of conducting the election, the Clerk’s capacity to implement the changes, and any errors or flaws in the legislation.”

Now, both the province and the city have been served with a court application from Rocco Achampong, a Toronto lawyer who is running for councillor in Ward 13, that seeks to have the current 47 ward election maintained for the upcoming municipal election. The Superior Court has set a day to hear arguments challenging the legislation on August 31.

Following the rally, City Councillor Kristyn Wong-Tam said, “Ford’s attack on local democracy will be met w relentless community resistance. He picked a fight [with] Toronto and its residents are not going quietly into the night.”

The Metropolitan United Church is packed and the overall message from all speakers is Ford’s attack on local democracy will be met w relentless community resistance. He picked a fight w Toronto and its residents are not going quietly into the night. #OurCityHall #DefendDemocracy pic.twitter.com/SEG0LSx8p3

The public is being asked to take action and let Mayor Tory know to vote for a legal challenge by signing a petition ahead of Monday’s meeting.

Those in favour of a legal challenge can sign the online petition here.