After nearly nine hours of meetings, Mayor John Tory and a majority of councillors voted in favour to challenge Premier Doug Ford’s legislation cutting the size of Toronto City Council.

Toronto City Council voted 27-15 on Monday to legally challenge the Ontario government’s Bill 5, which is also known as the Better Local Government Act, which slashes the number of councillors from 47 to 25 ahead of the upcoming municipal election.

Bill 5 also cancels planned elections in the regional municipalities of Muskoka, Peel, York and Niagara. The head of council in each region will instead be appointed.

“Challenging this legislation and the process used to introduce it is the right and responsible thing to do,” said Tory in a statement Monday evening.

The City will now take part in the Superior Court hearing on August 31, where a judge will hear arguments on whether the Ford government’s proposed slashing of Council should be in effect for the upcoming election which is scheduled to take place on October 22.

Additionally, the City will also take part in any other legal proceedings related to this legislation.

The newly elected provincial government claims that reducing the size of council will make city hall more efficient and would save Toronto taxpayers more than $25.5 million over four years. 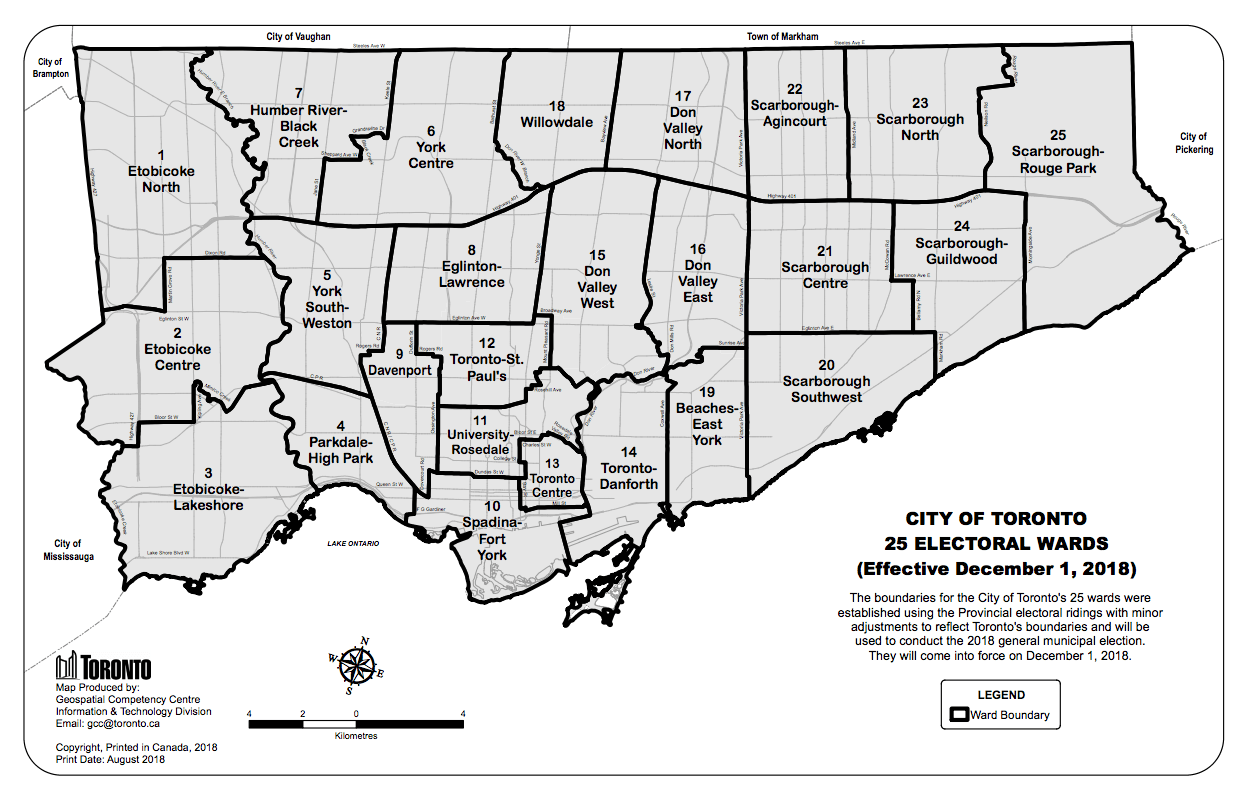 Thanks to the Ford government’s majority at Queen’s Park, the bill had no problem passing legislature last week, less than 90 days before the planned fall election.

The new legislation will see Toronto’s municipal ward boundaries mirror federal ridings, with each city councillor expected to represent an average of 109,000 residents.

However, Tory has repeatedly criticized what he calls an unacceptable process that didn’t include any input from the City or its residents.

“The City Council and the Mayor are here to represent all of the people who call Toronto home – every single one – and to make sure that decisions that affect our city and our residents, new and in the future, are done right, and that we make our position known clearly and with determination,” said Tory.