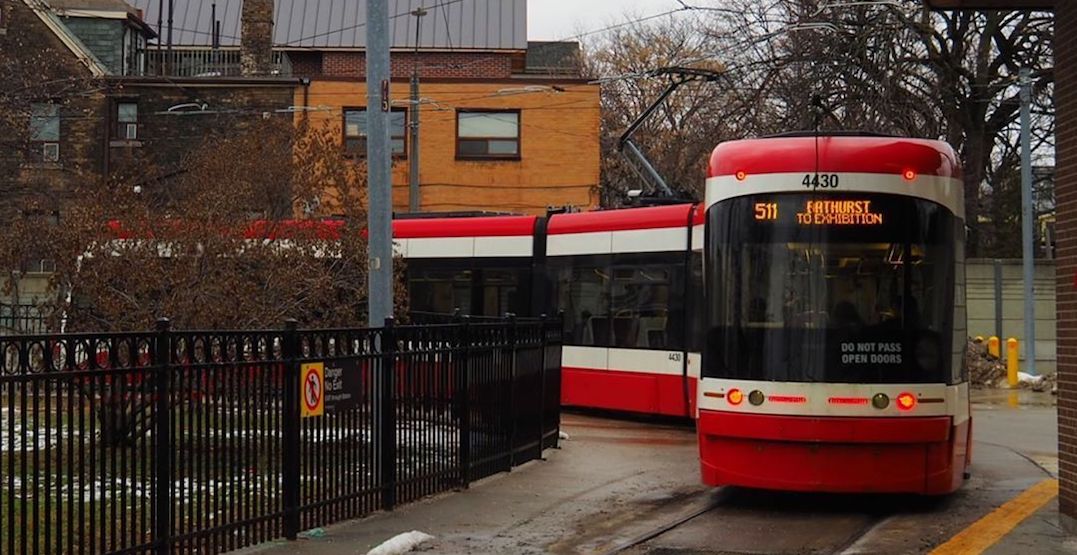 There are 11 positive cases of COVID-19 in Toronto, and one patient is confirmed to have travelled on the TTC this week, according to the TTC and Toronto Public Health.

The TTC confirmed that a patient who has tested positive for COVID-19 travelled on the TTC on March 2, March 3 and March 4.

The TTC is in the process of identifying specific vehicles that the individual rode on those specific days.

According to Toronto Public Health, a man in his 40s had symptoms and presented himself to Toronto Western Hospital where he is currently in self-isolation.

Through contact tracing, health officials say the man had symptoms from March 2 to 4 and used public transit daily to commute to and from work.

During this three day period, the patient took the Bathurst westbound train to Islington around 8:50 am. From Islington to the workplace, the man took the 108N Mississauga Way express bus.

On March 4, the patient also took the 511 Bathurst streetcar.

Dr. Eileen de Villa, Toronto’s Medical Officer of Health, said it was important to note that Toronto residents should take the TTC and public transit and there is still “low risk” for transit users.

De Villa said all patients in Toronto are currently in self-isolation.

To date, there have been 14 cases with three recovered.

According to De Villa, besides the patient in his 40s, late on Thursday night one more case was confirmed positive in Toronto.

The man in his 50s who recently travelled to Iran and arrived back in Toronto on February 27. He presented himself to North York General Hospital on March 3, where he was assessed and is in self-isolation.

According to the TTC, since January transit officials have been performing significant additional cleaning and disinfection of all public places with a focus on touch and grab points, such as buttons, railings, handles and straps.

“Every station, bus, streetcar, Wheel-Trans vehicle and train are receiving extra attention,” the TTC said in a statement.

The transit system is also in constant communication with Toronto Public Health and say that the TTC continues to be a safe method of travel.

“People must take and rely on the advice on experienced health professionals,” John Tory said at a press conference. “We are in constant contact with health officials and all levels of government. We must not give in to complacency or panic. Calm must prevail.”

The TTC says it will continue to provide updates on the situation as required.