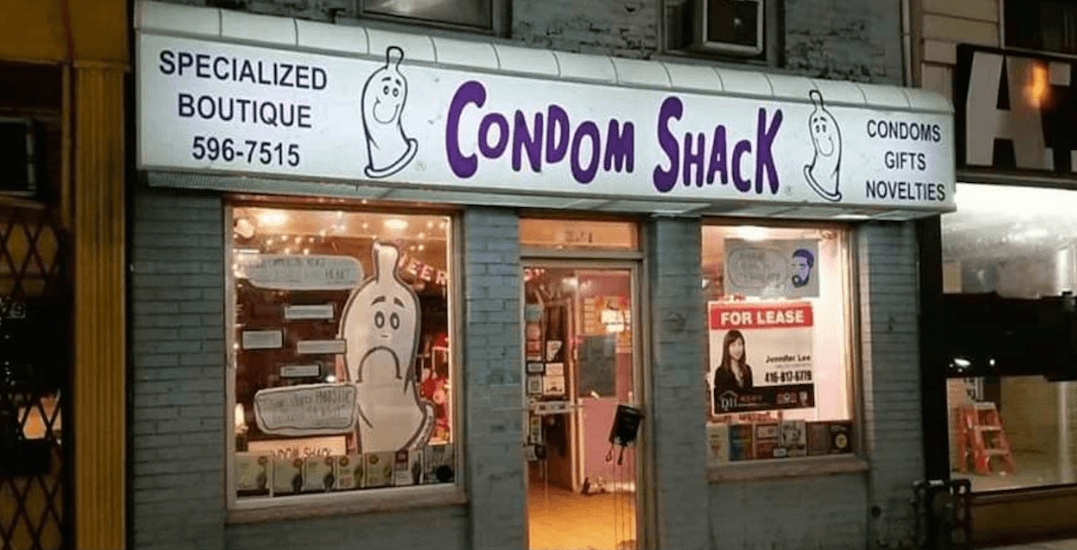 If you’ve ever walked down Queen Street, chances are you’ve stopped and stared at the risque windows of the Condom Shack.

But unfortunately, those days will soon be over as the Condom Shack is closing up shop for good. 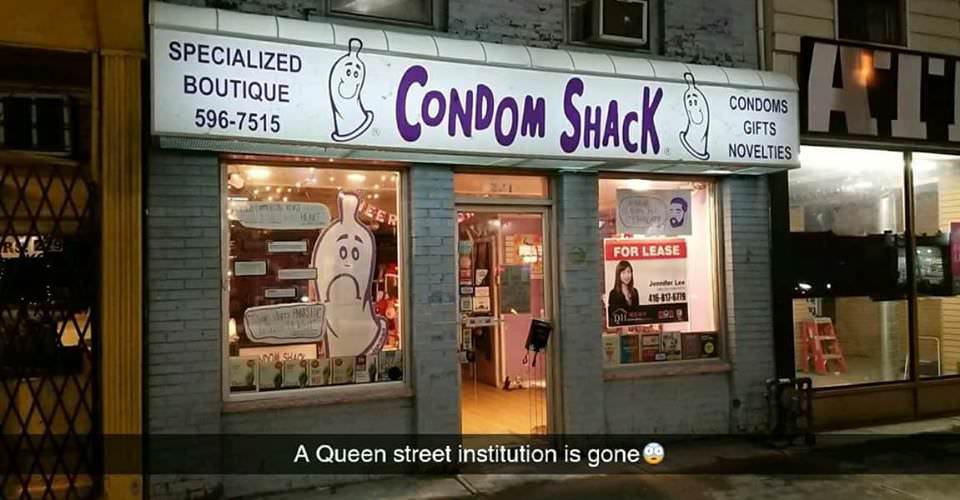 In an image shared on Reddit, a For Lease sign and a pretty sad looking condom can be seen in the store window, which has prompted a frenzy of comments from disappointed Torontonians.

Many Reddit users referred to the novelty condom shop as a Queen Street institution, stating that they are sad to see it go.

Daily Hive spoke to a sales clerk from the store who confirmed the news and added that the shop will be closing at the end of the month.

So if you’re in the market for neon condoms or penis-shaped lollipops, sadly now is your final chance.