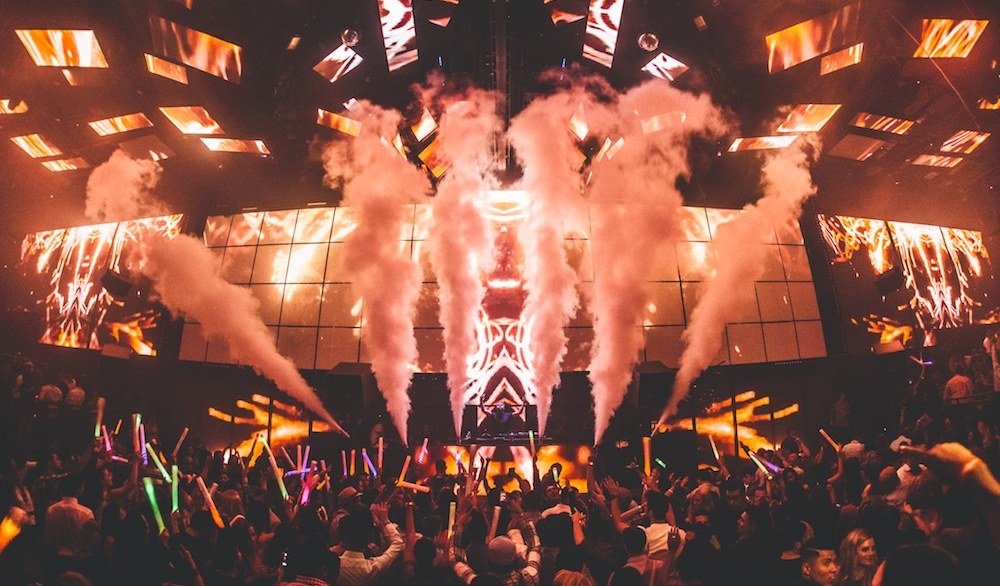 June is filled with old school artists as well as new. But mostly you should be excited because outdoor concerts and music festivals return!

So grab that ticket, and get ready for some live music, Toronto.

Scottish rockers Franz Ferdinand have been around for 15 years, and have released four studio albums since. The band has changed up their line up, and announced a new tour which started last week and they’re in town to kick off concerts this month.

Listen up, country fans! American fave Jason Aldean is back on the road. Aldean released his album They Don’t Know in 2016, and will be in town to sing all his singles to you.

One of the hardest working producers around is Morgan Page, who’s been DJ’ing and producing since the 90’s. Page has had some massive hits like “The Longest Road” and “In the Air” and brings his progressive, electro house sound to the Uniun this weekend.

Huntsville’s very own Hawksley Workman released Old Cheetah in 2015 as a follow up to 2013’s Songs from the god that comes. And this month, check out Workman with a new performance. newchoir, Toronto’s first rock choir, is made up of more than a 100 voices harmonizing hits from the United Kingdom, accompanied by a rock band and a strings section. newchoir will be joined by Canadian singer-songwriter, Hawksley Workman.

NY-based writer, actor and standup comedian Michael Che is probably best known for being the c0-anchor of Saturday Night Live’s “Weekend Update.” But Che’s comedy extends way beyond the show. He’s recently released his first hour-long stand-up special entitled Michael Che Matters on Netflix, and is in Toronto this month. Yes, not a concert, but well worth checking it out this month!

Festival season is almost upon us. And to kick things off this summer, Toronto’s Field Trip is back for its fifth year, with Indie faves Broken Social Scene headlining the first day of the festival on Saturday, June 3, while French indie giants Phoenix will headline on Sunday, June 4.

Where: Fort York and Garrison Common
When: June 3 and 4
Tickets: Available online from $80 for a single day to $125 for a weekend pass

Jack Johnson is bringing his mellow sounds to Toronto! The singer-songwriter is known for his easygoing acoustic tunes. In 2001, he achieved success with his debut album Brushfire Fairytales.  Since then, Johnson has released a slew of hits including “Better Together,” “Upside Down” and “Banana Pancakes.” Johnson’s summer tour will focus on sustainability and with his All at Once campaign, the tour will support over 140 non-profit partners.

Cali’s Kehlani is back in Toronto this month after her show at Time Festival last summer. The neo-soul R&B singer is on her SweetSexySavage World Tour, her second official concert following the release of her debut studio album SweetSexySavage.

Homegrown Majid Jordan are back for a headlining gig at MANIFESTO 11. The bill also includes the Internet, Jidenna, Isaiah Rashad, and more. This event takes place outdoors and will go on rain or shine, so let’s hope for a sunny day.

Rise Against and Deftones

Guys. Rise Against and Deftones are back. Actually. Both alternative rock bands made their rise in the 90s, before all the pop and hip hop took over mainstream music. But fans of the bands will be excited to hear both are back on the road with new albums on the horizon.

Speaking of the 90s… Everclear and Vertical Horizon are on tour with Fastball (YES actually) for a “So Much For The Afterglow” tour. The tour marks the band’s 20th anniversary of their hit album, and Everclear will be donating a $1 per ticket to Sweet Relief Musicians Fund.

You’ve seen him in La La Land, and through Chrissy Teigen’s social media. Now you can see John Legend in live in concert when he stops at Toronto’s Budweiser Stage on June 17. Acclaimed, multi-platinum selling, Oscar, Golden Globe, and 10x Grammy Award winning singer-songwriter John Legend will be in the city as part of his “Darkness and Light Tour,” which started in May, and has two Canadian stops which include Toronto and Vancouver.

Throwing it way back for this one! Rock and Roll Hall of Famers, Daryl Hall & John Oates, are partnering with international multi-platinum selling band, Tears For Fears, for a giant 29-city North American tour that stops at the ACC this month.

Always putting on energetic shows, Peaches is known for her electro grooves and explicit lyrics. Having been in the music industry since the early 90s, the Toronto artist has released six studio albums including the 2015 release Rub. The album featured guest appearances by Kim Gordon and Feist, and got into the top 10 chats in the US. The always wild and adventurous Peaches is unpredictable, so you never know what you’ll get at her shows. This month’s gig is part of the NXNE opening party.

New Kids on the Block and Paula Abdul

Call It What You Want, and Hold On, because your 90s dreams are about to come true. If you’ve been Hangin’ Tough, or waiting until the Water Runs Dry, it’s time to Relax Your Mind as New Kids on The Black, Boyz II Men, and Paula Abdul return to Toronto for two dates this month. The three 90s superstars are On the Road Again, and stop at the Air Canada Centre for their only Canadian date on the “Total Package Tour.

U2 are back, and not just on your phone (without your consent). The iconic, Grammy-award winning band return for a select stadium tour this summer, stopping at Toronto’s Rogers Centre on June 23. In celebration of the 30th anniversary of the band’s classic album, The Joshua Tree, U2 will be performing the album in its entirety, with the support of a number of special bands. In Toronto, their support is none-other than indie heartthrobs, The Lumineers. And if you want a peak, check out a review of their Vancouver show.

Where: Rogers Centre
When: June 23 at 7 pm
Tickets: Sold out.

Where: Port Lands
When: June 23 to 25
Tickets: Available online starting at $80 for a single day or $125 for the weekend

Ten days of dazzling jazz all around Toronto. From legendary artists like Aretha Franklin to Joss Stone, there’s something for everyone. The fest has also moved to Yorkville and will be reopening the former Masonic Temple.

Where:  Various venues
When: June 23 to July 2
Tickets:  Available online and vary in cost depending on the artist.

The Hamilton, Ontario, natives recently released their fourth and latest studio album Morning Report, which includes their chart-topping single “Private School.” Arkells peaked in the scene with their 2014 album High Noon. Their biggest hit, “Leather Jacket,” remains one of Canada’s favourite tracks to date. Catch them back in TO with July Talk this month.

He never made it as a wise man, but somehow he did as a rockstar. And now, Chad Kroeger and his band will remind you of what you really are at their upcoming Toronto concert on June 27. Because of you, Nickelback is back on the road with their “Feed the Machine Tour,” hitting several major cities across Canada.

90s mega hit “Semi-Charmed Life” came to life through the epic band Third Eye Blind. And the boys are back on tour with their latest release and fifth studio album Dopamine. Plus, didn’t we all have a crush on Stephan Jenkins at one point?