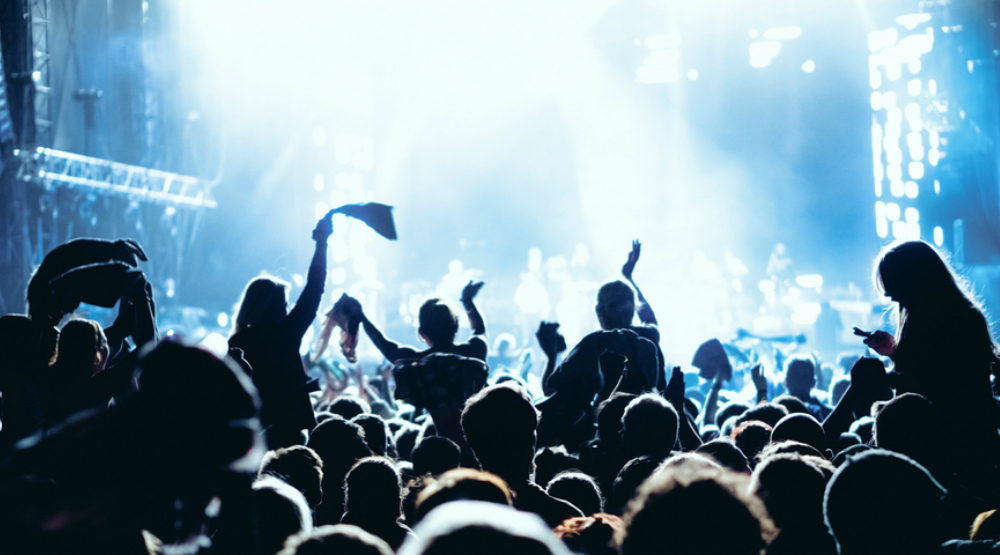 Gear up for one of the hottest months in music, Toronto!

July may be a busy festival month, but all of our major venues are quite busy too. Some legendary rock & rollers are in town, and so are a few indie darlings. All in all, July gets an A+ for its mix of genres, bands, sounds, and festivals.

Are you ready for your summer 2016 concert series? You better be.

Start July off with one of the city’s largest electronic fests. Headliners at this year’s Digital Dreams include the electronic godfather himself, Armin Van Buuren, as well as Above & Beyond, Bassnectar, and Knife Party. With Toronto’s beautiful shoreline playing host to the festival, you’ll bask in the sun to great tunes while admiring the 6ix’s skyline. Flower crowns optional.

The Smokers Club Tour: CAM’RON and the Underachievers

Celebrate American Independence Day with the Toronto stop on The Smokers Club Tour. Featuring CAM’RON’s return to our city, along with the Underachievers, G-Herbo, Smoke Dza, Nyck Caution, and more.

It’s been quite a while since these guys were in town. Five years to be exact. Their awesome catchy-pop hits had all of us singing years ago, and they’re back doing more of what they’re good at.

Halifax indie rockers and Juno Award winners, Wintersleep released their sixth studio album “The Great Detachment” earlier this year – and the boys have taken the album on the road. They’re back in Toronto early this month as part of a 102.1 the Edge’s contest.

When: July 5
Where: Phoenix Concert Theatre, 410 Sherbourne Street
Tickets: Through the online contest! 19+

Because we’re never too old for Buddy Holly or The Sweater song, our beloved 90’s band Weezer is on tour this summer following the release of their latest self-titled album – also known as “The White Album.” And joining these beauties on tour is Panic! At The Disco and the incredibly talented, Andrew McMahon in the Wilderness.

Aussie country babe Keith Urban is in town for two dates following his ninth studio album, “Ripcord.” The album, which includes collaborations with Carrie Underwood and Pitbull, has already reached top standings in global charts, including here in Canada. A highly anticipated country tour of the summer!

Whether you loved or hated Oasis (we loved), The Gallaghers have always been some of rock’s most disliked brothers. But personalities aside, we can not help but love their music. Just us? Anyway, Noel is back on tour with his High Flying Birds. And considering he wrote 86% of Oasis songs, there are often surprises.

YouTube celebs and boyband-status-heartthrobs 5 Seconds of Summer are arguably one of Australia’s biggest exports these days. Although they only have two studio albums, their fan base is dedicated and their shows are often sold-out.

American singer-songwriter BJ The Chicago Kid may seem like he’s the new kid on the block, but the Chicago native has been a writer for R&B artists for a while. His second studio album “In My Mind” came out in February, and he’s now on a North American tour.

Original Brit-pop invaders, Duran Duran have been around since 1978. All these years later, these guys continue to bring their synthpop sounds to stadiums globally. An impressive list of 14 studio albums, with their latest chart-topper “Paper Gods” which came out in 2015, its no wonder Duran Duran are pop legends.

Another highly anticipated country concert this summer is Toby Keith’s Interstates & Tailgates Tour. The Nashville native is a country God Father, with 18 studio albums that date back to 1993. Bound to sell out! Don’t forget your cowboy hats.

What year is this again? Legendary rock & rollers Guns N’ Roses are back on tour after years of ups and downs, and line up changes. After headlining Coachella earlier this year, the boys (including Slash and Axl Rose) are bringing their “Not in This Lifetime…” rock show to Toronto this month.

July 16 is officially rock band night in Toronto. Old school Brits Def Leppard is also in town the same night as Guns N’ Roses – what are the chances? Having also gone through ups and downs, and a few line up changes, these guys are legendary for a reason. This show should prove just that.

Yet another tour that makes you question what year you’re in. Slipknot (yes, Slipknot) and Marilyn Manson (YES, that one) are touring together this summer. This match made in – umm-  hell (?) is also joined by Of Mice & Men. It’s an all black-outfit kind of show.

Whaaaaat? Yes, we thought the same. Dave Matthews Band, yet another 90s band, has reemerged. Although the band has only released a couple of new singles in the last year, their nine studio albums give them a lot of material to play with. Including, and hopefully, the entire “Crash” album.

These 90s favourites are back on the road. After almost seven years on hiatus, Super Furry Animals started playing shows last spring accompanying the re-issue of their album Mwng, which was released in 2000. Although they haven’t released a new album since 2009, fans of the Welsh band are still managing to sell out shows on their latest tour.

Back in the city after his recent show with Bryson Tiller, the extremely talented Anderson .Paak is in Toronto this month with The Free Nationals. The California rapper/producer recently shined at the BET awards, and will most definitely shine some more at his anticipated return. Opener is local fave, POMO.

When: July 22 at 8 pm
Where: The Phoenix Concert Theatre, 410 Sherbourne Street
Tickets: Sorry guys, this one is sold out.

One for the pop music fans, Demi Lovato is bringing her Future Now tour with Nick Jonas. The starlett, known for her roles on X Factor and Glee, is one of the hottest pop musicians today – and that voice of hers reaches all the feels.

Toronto’s own Great Lake Swimmers have been creating some of our fave local folk melodies since 2002. The band released another gem last year, “A Forest of Arms,” with 12 tracks reflecting the Great Lake Swimmers sound. Catch the gang on their Canadian tour this month. Oh and did we mention this show is free?

Back for its second year, the very fun multi-day arts and music festival is everything we crave about summer festivals. The WayHome Music & Arts Festival is fast becoming one of the largest festivals in the region, all due to its wicked vibes, and incredibly diverse line ups. From the beats of Chet Faker, to the killer sounds of – um – The Killers, and the dance drops of Major Lazer, WayHome has it all in terms of music, camp settings, food, and atmosphere.

Oakland rapper G-Eazy has been gaining fame with his second album “When It’s Dark Out.” His tracks Me, Myslef & I and Drifting have been topping music charts, while his tour has been gaining rave reviews. G-Eazy stops into town with Logic as part of the Endless Summer Tour.

The 80’s punk rockers who brought us Blister in The Sun have returned. With a new album, “We Can Do Anything,” Violent Femmes are back with a solid album, and a massive tour. After a four year hiatus, fans were stoked when the band got back together in 2013, and they are even more stoked with this tour.

When: July 25 at 8 pm
Where: The Phoenix Concert Theatre, 410 Sherbourne Street
Tickets: Available online at $35.

Before Summer Sixteen, there was Summer of ’69. Continuing with our #WayBack theme, Canadian singer-songwriter Bryan Adams is giving us the old summer vibes but with his latest album “Get Up.”

Folk-rockers The Lumineers have always had their way with hit tracks. From their early beginings, and “Ho Hey”, to their latest single “Ophelia”, they always have us singing along. So get your sing along in person at this month’s Lumineers concert!

When: July 28 at 6 pm
Where: Molson Canadian Amphitheatre, 909 Lakeshore Blvd West
Tickets: Available online from $29.25 – this show is almost sold-out!

One of the city’s fave summer festivals, Veld is back to take over Downsview Park at the end of July. With electronic heavy hitters like Flume, The Chainsmokers, and our very own Deadmau5, this is definitely one of the most anticipated electronic shows this summer. Lets not forget Post Malone, Travis Scott, Matoma, and Netsky. And also remember to bring your sunscreen.

October’s (or as we like to say, our) Very Own, Drake’s very own Fest returns for its seventh year. Already sold-out, this year’s OVO Festival is interestingly placed in between Drake’s Summer Sixteen tour with Future. Along with the OVO crew, Snoop Dogg and Wiz Khalifa headline Saturday’s event, which leaves us wondering who this year’s special guests will be… If it’s Kanye, we called it.