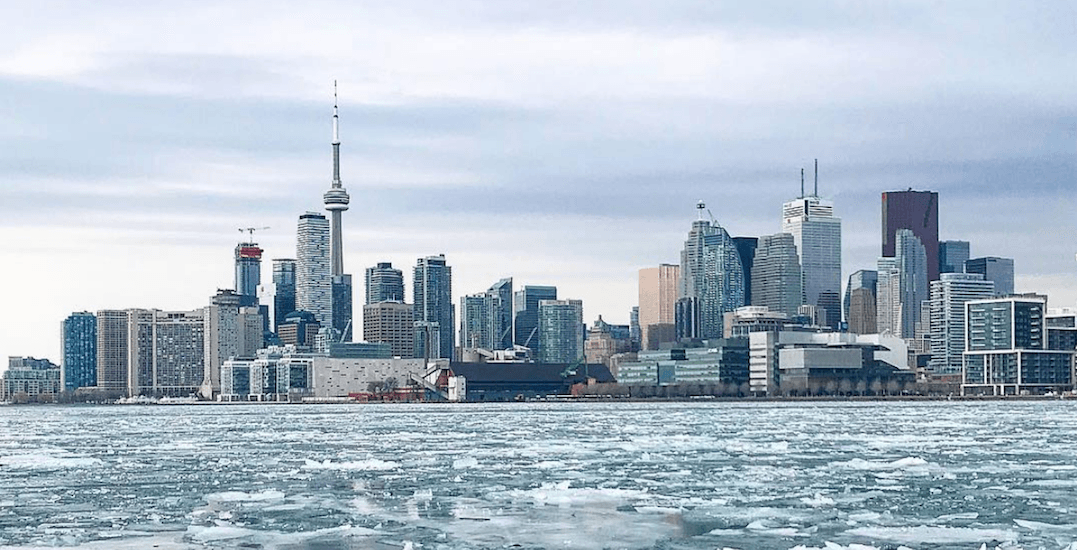 You know how it’s felt like this has been the coldest April in Toronto?

Well, that’s because it most likely has been the coldest April in Toronto history.

According to The Weather Network, statistics pulled for Toronto at Pearson International Airport showed that “April has been about 5°C below seasonal.”

Based on climate normals recorded at Pearson between 1981 to 2010, the normal April high temperature is 12.2°C. This year, the average high only reached 7.9°C.

Another statistic that won’t come as much of a shock is that the temperature has yet to crack 20°C this April. On average, Toronto could see 3.2 days in April with highs of over 20°C. 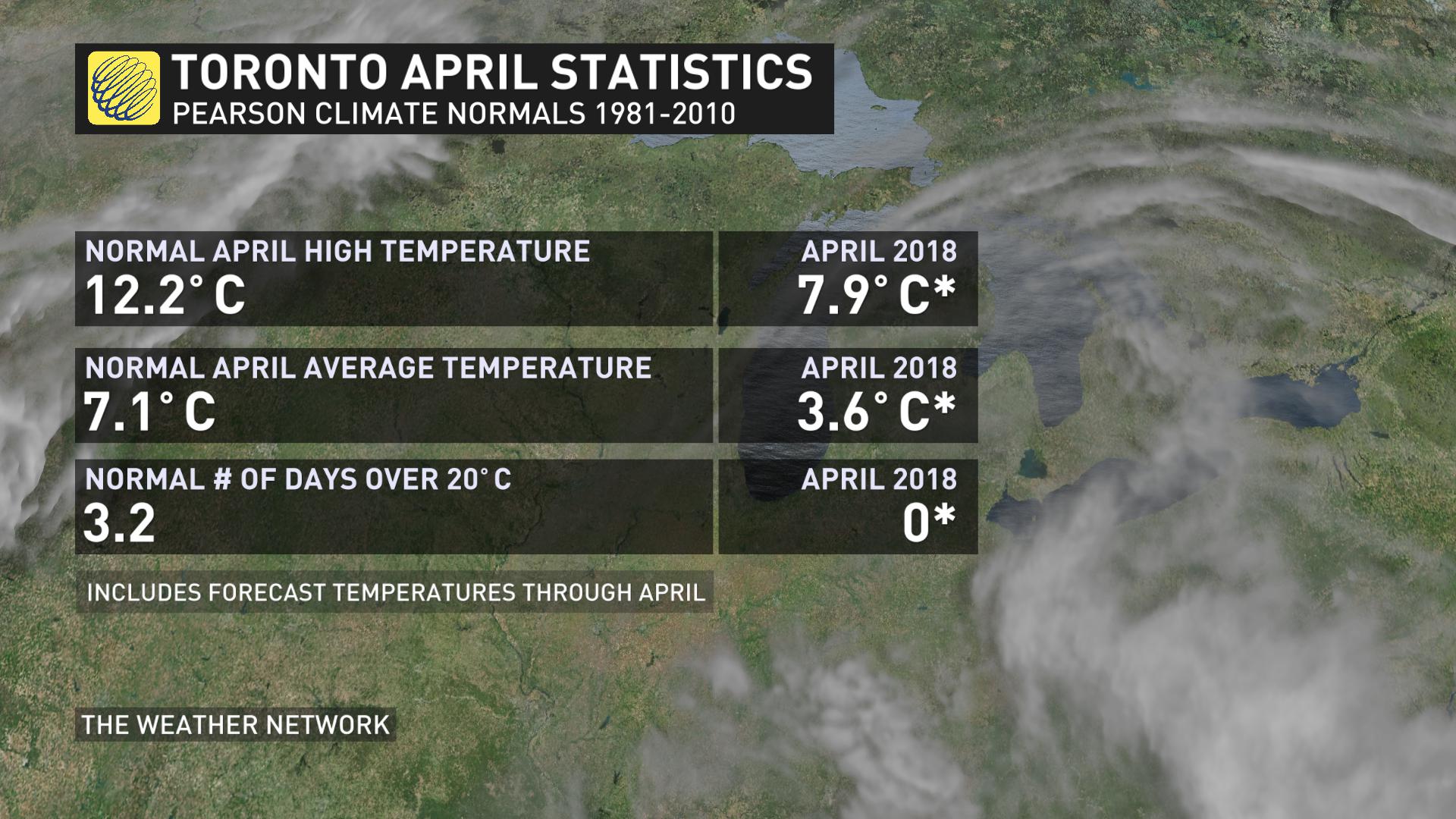 We know what you’re thinking, there are still a few days left in the month. But the chances of us seeing the temperature top over 20ºC is quite unlikely because according to The Weather Network, the last time we had an April day get close to 20ºC was back in 1999 when the temperature reached 19.7ºC. 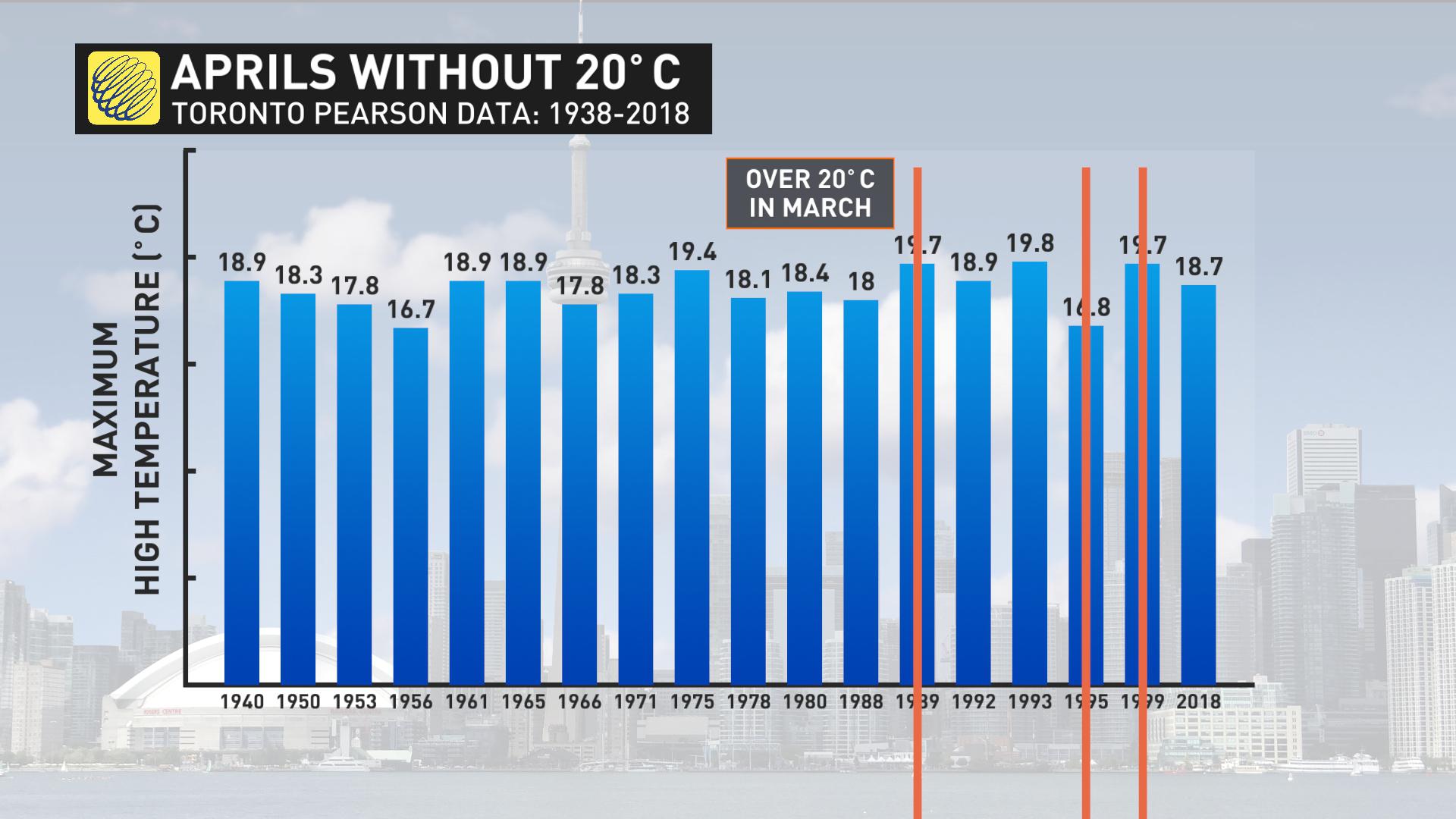 When you look at the forecast for the final days in April, the average mean temperature, which is the average between maximums and minimums, equals roughly 3°C for the month.

According to The Weather Network, this means, “April 2018 will likely end up being in the top 5 of the coldest in recorded history.” 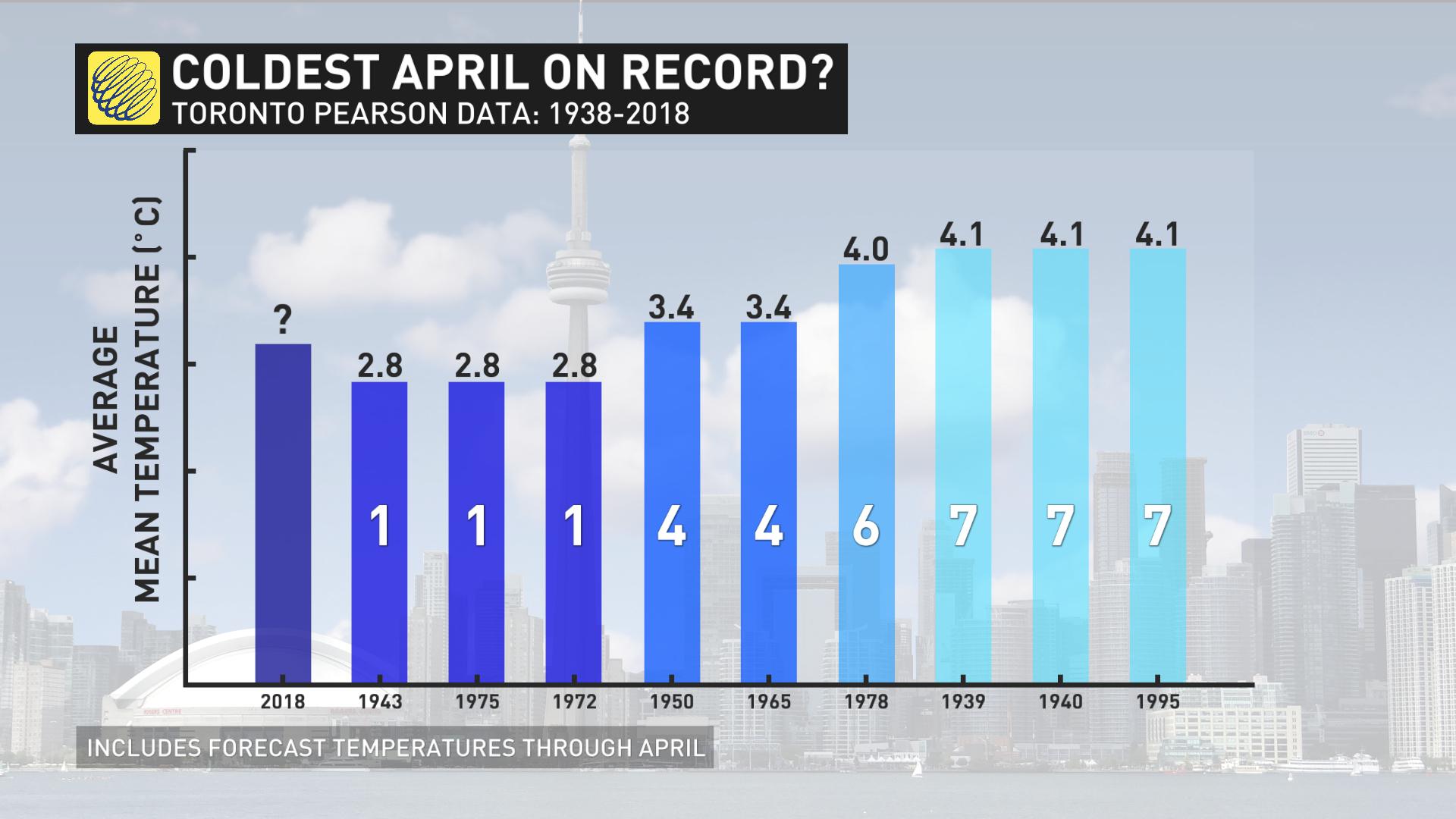 Toronto may have experienced its first real taste of spring this past weekend, but The Weather Network’s meteorologist Dr. Doug Gillham says “a period of cooler than normal temperatures is expected for May 4 to 10.”

As for the rest of the month, Dr.Gillham says the signals are mixed for mid and late May.

So maybe don’t put away your toques and scarves just yet.