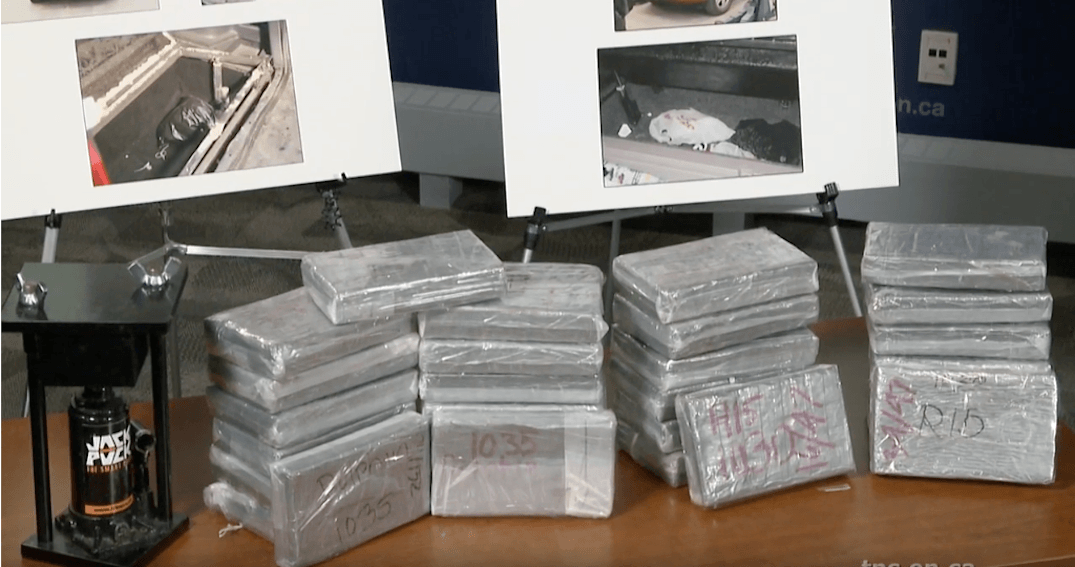 Toronto Police have seized 68 kg of cocaine following a major bust in the city.

According to police, Project Sparta was an intense investigation into the distribution of cocaine within the city of Toronto that involved a “large sophisticated network.”

And on Wednesday, January 9, investigators arrested and charged three men.

Hung Nguyen, 34, of Toronto, is charged with Possession for the Purpose-Cocaine and Proceeds of Crime.

As well, 20-year-old Nicholas Droege, of Toronto, is charged with Possession for the Purpose – Cocaine, and Proceeds of Crime.

It is further alleged that the following was seized: