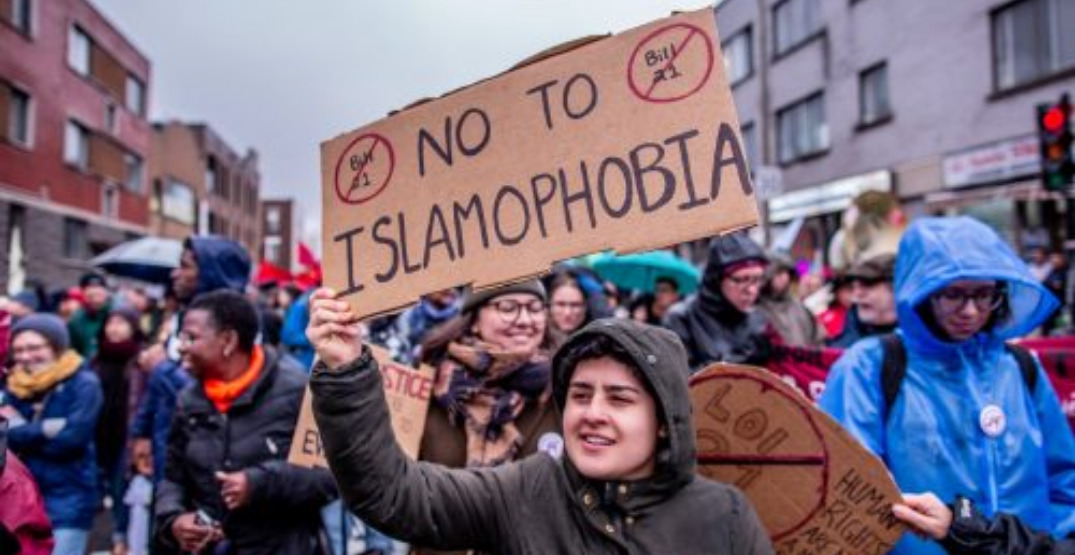 A Bill 21 protest in Quebec. (L'activiste/Facebook)

Toronto City Council is unanimously supporting a legal challenge against Quebec’s Bill 21. The motion in support of the legal challenge was issued by Toronto Mayor John Tory.

Bill 21 prohibits the display of religious symbols by public-sector workers in the workplace, and was passed 75-35 in a vote in 2019, in the province’s fourth attempt to have it approved.

The controversial bill was introduced to bring “religious neutrality” to the province.

In addition to supporting the challenge against Bill 21, which is being brought forward by the National Council of Canadian Muslims, the World Sikh Organization and the Canadian Civil Liberties Association, Toronto will also be providing a one-time financial contribution of up to $100,000.

A release from Toronto City Council suggests Bill 21 diminishes rights protected by the Canadian Charter of Rights and Freedoms, “and stands contrary to the values of Torontonians and Canadians.”

“City Council reaffirms its support for freedom of religion and expression and its opposition to any legislation that would restrict or prohibit such freedoms,” reads a statement from Toronto City Council.

“Toronto is one of the most diverse and multicultural cities on the planet. It is home to many different religious communities and is a city where people of all faiths can feel assured and comfortable when wearing their religious symbols in schools, workplaces, and government institutions.”

Tory also issued a statement in the council release.

“Today, City Council made it very clear that Toronto stands with municipalities from across Canada in opposition to Bill 21 and in support of the legal challenge against this bill. We cannot simply stand by as Torontonians and Canadians and see a law like this diminish the protection and respect accorded religious and other basic freedoms by our Canadian Charter of Rights of Freedoms.”