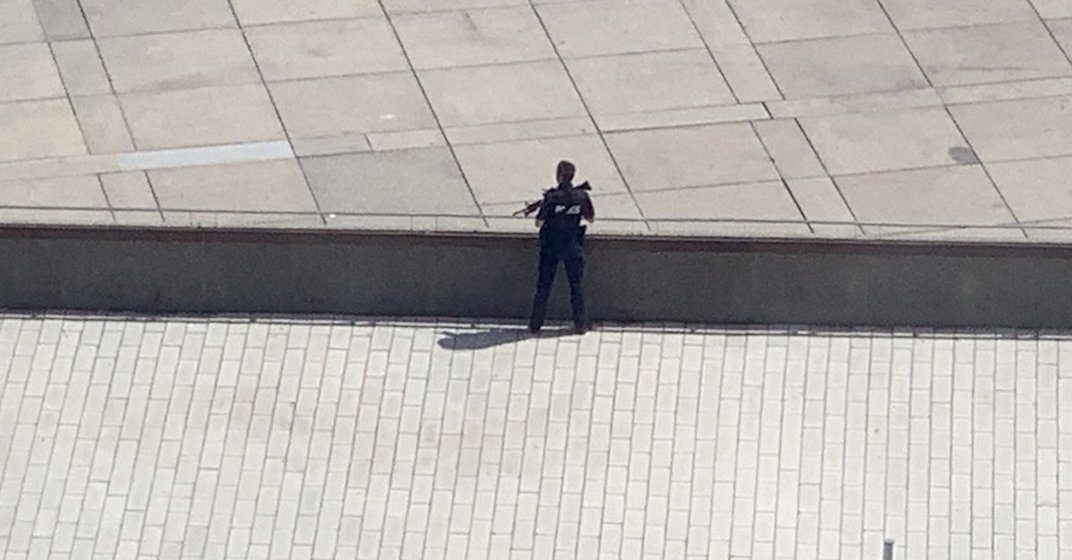 Update: As of 4:25 pm, the lockdown at City Hall has been lifted.

City Hall is currently on lockdown as police investigate a situation located nearby, according to City of Toronto spokesperson, Brad Ross.

Ross said everyone is asked to stay inside City Hall until further instructions are given from police.

Hi Jennifer – Toronto Police are investigating a situation that occurred near City Hall. Everyone is asked to stay inside City Hall until further instructions from police. I’m not in this week, but that’s the latest via email I’ve seen.

According to police, two men were spotted walking in the area of Elizabeth and Dundas Street around 2:45 pm. At this time one man dropped a gun.

The man then picked up the gun and went into the City Hall area, police said.

Officers were able to locate the men, and one male is now in custody, and the gun has been recovered.

The other male fled the scene, and the area around city hall remains in hold and secure.

Police said they believe the second man had gotten into a car, which is likely a taxi or an Uber.

PERSON WITH A GUN:
Elizabeth St + Dundas St
**2:45 pm**
-The man police were searching for has fled
-He is believed to have gotten into a car
-Likely a taxi or Uber
-1 male is already in custody
-Firearm recovered
-Investigating
^dh

Toronto City Hall is on lockdown. Police with guns on the ceremonial roof. pic.twitter.com/vDTkE8hI6p

Members of the media that are currently inside the building said they were in a planning and housing committee meeting when the lockdown was announced.