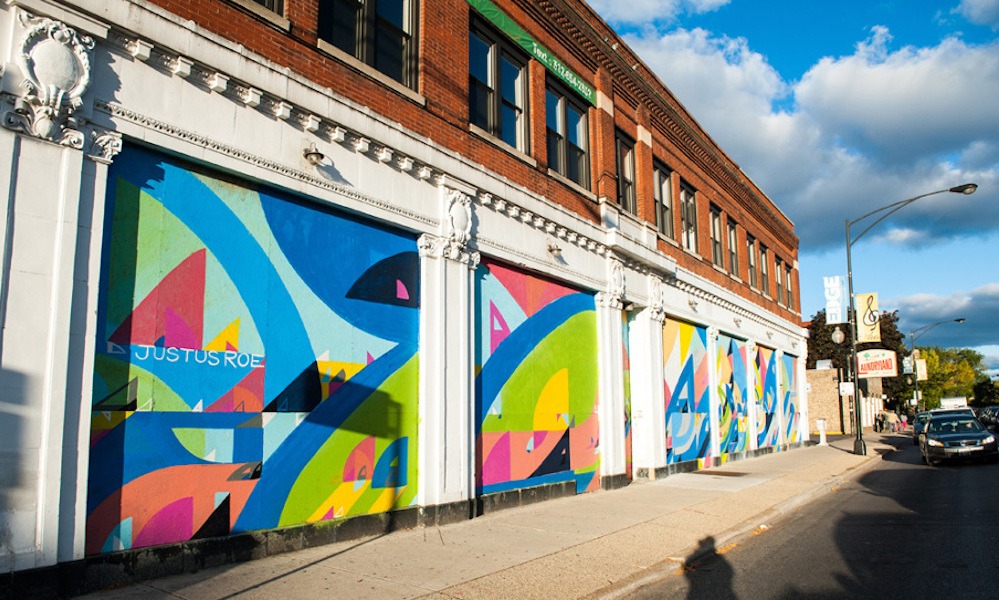 One of Justus Roe's artwork in Chicago

A new joint initiative between the City of Toronto and the City of Chicago is going to see street artists from each city exchange places.

The project, in commemoration of Canada 150 and the Year of Public Art currently underway in Chicago, will involve a Toronto artist travelling to Chicago to create an original artwork, and a Chicago artist creating a piece for Toronto.

“This venture is an exciting project for both cities. It will promote and increase awareness of street art and its role in enhancing the vitality of our streetscapes,” said Mayor John Tory in a press release. “Street art that is seen on a daily basis can trigger beautification, social transformation, and economic benefits.”

In Toronto, the planned artwork from Chicago-based, abstract artist Justus Roe, will be created at the site of the Roncesvalles Foot Bridge. Roe arrives in The Six this Thursday, July 13 and will work to complete the project before the end of the month.

Details about the Toronto artist traveling to Chicago are still to be announced.