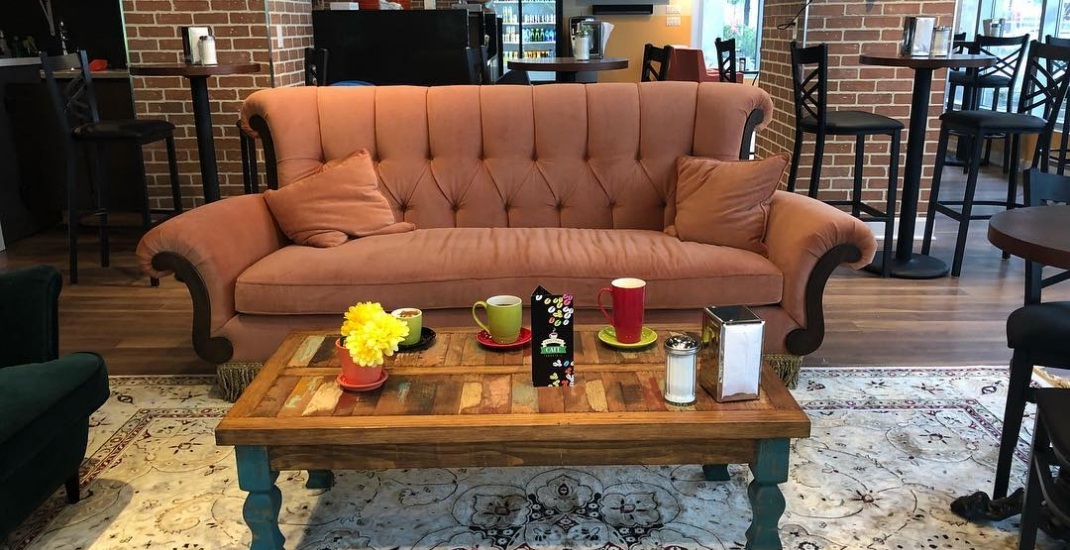 Inspired by the popular 90s sitcom, the cafe at Bathurst and Wellington originally billed itself as Central Perk Cafe, though it has since changed its name to just Central Cafe.

While it’s not exactly a replica of the TV show set, the new coffee house does bear some resemblance thanks to the comfy couch with room for at least a few of your closest pals.

Prior to opening and in response to the growing hype surrounding the cafe, owners did try to temper expectations, clarifying to Daily Hive that “there’s been a misunderstanding in terms of what the cafe really is. I just want to make sure that you are aware that the cafe is NOT a replica of the cafe seen on the show Friends nor do we have anything to do with the famous sitcom or Warner Bros. I do understand that our name and logo might be misleading the public and causing a lot of confusion.”

Still probably worth checking out with a few of your friends though.