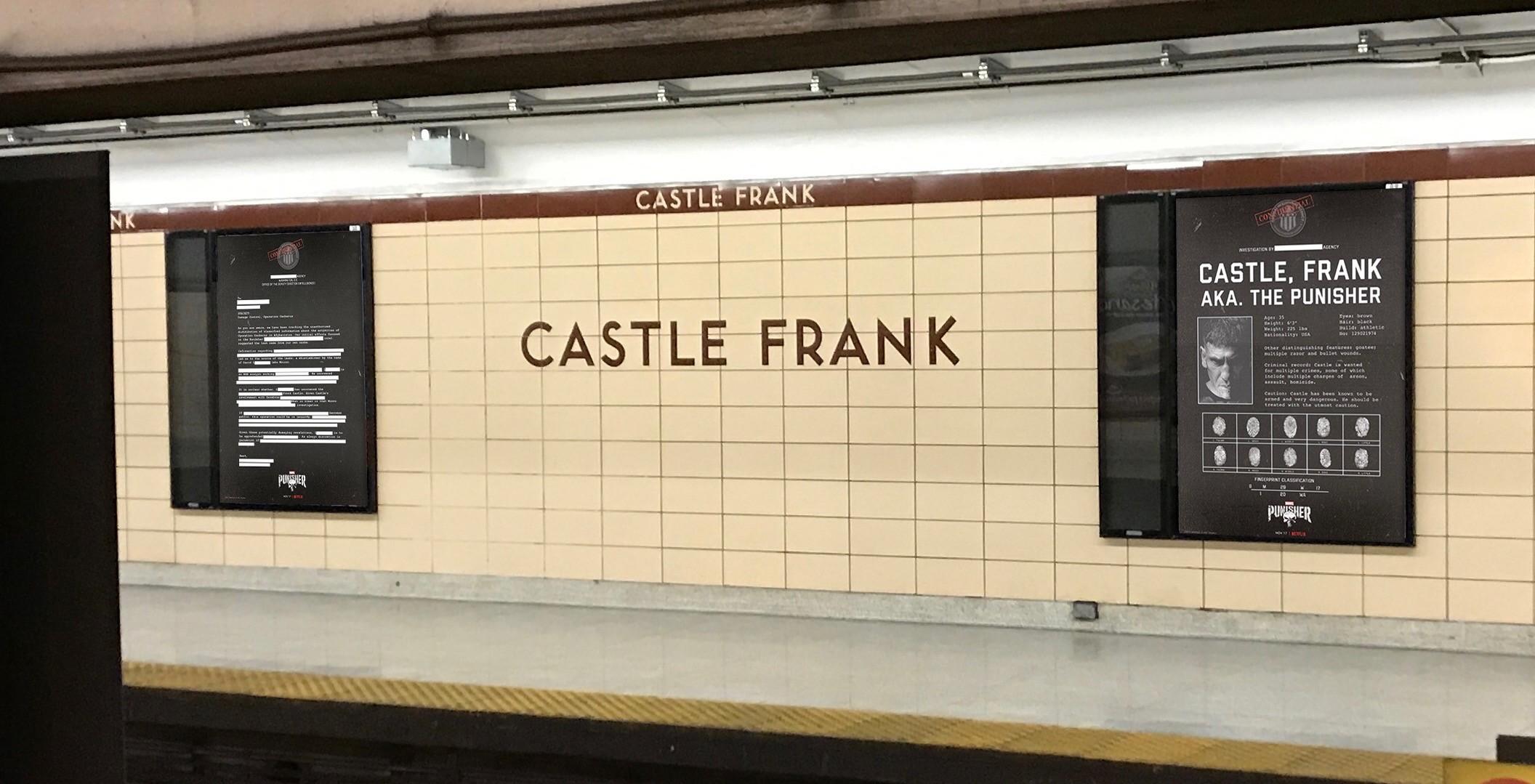 We’re just one day away from the highly anticipated premiere of Marvel’s The Punisher on Netflix, giving Marvel fanatics a new show to binge-watch this weekend.

The lead character ‘The Punisher’, aka Frank Castle, has been around for decades and is known as Marvel’s most violent “hero,” after becoming a vigilante who aims to fight crime by any means necessary.

And by any means necessary, we mean he goes around shooting just about anyone who wrongs him. Which is why many critics are calling this one of Netflix’s most violent shows to date.

To promote the premiere of the show, Netflix Canada has cleverly taken over a Toronto subway station with the most fitting marketing campaign imaginable. 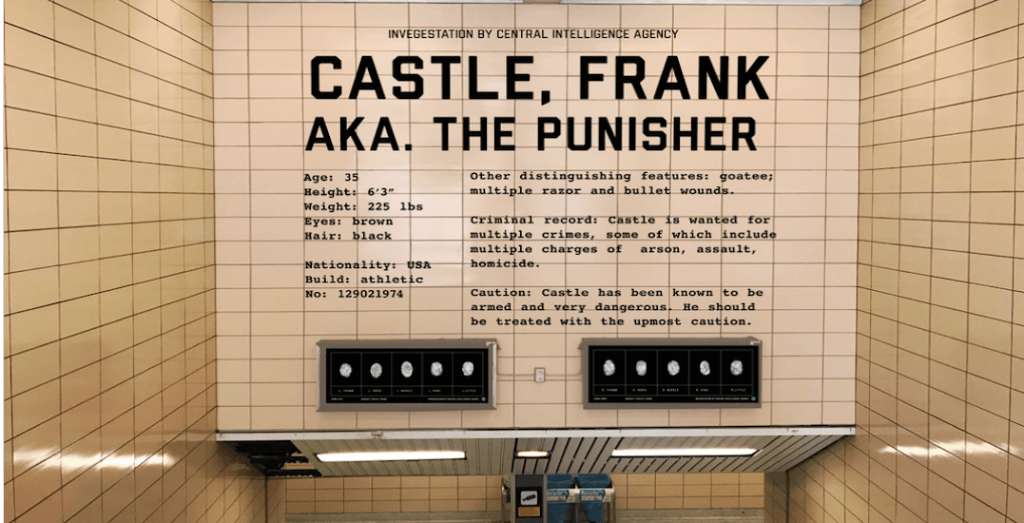 However, fans of The Punisher will notice the clever play on words: Castle Frank station and Frank Castle. Punisher fans will also notice that the posters are actually redacted letters from those who seek to silence Frank Castle and put an end to his ways.

Marvel fans interested in checking out the installation can head to Castle Frank Subway Station, 600 Bloor Street East, where the posters will be on display for the next four weeks. 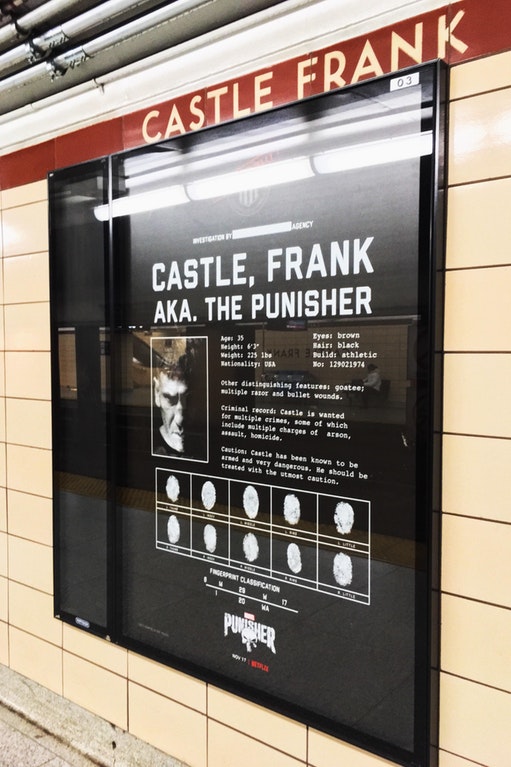