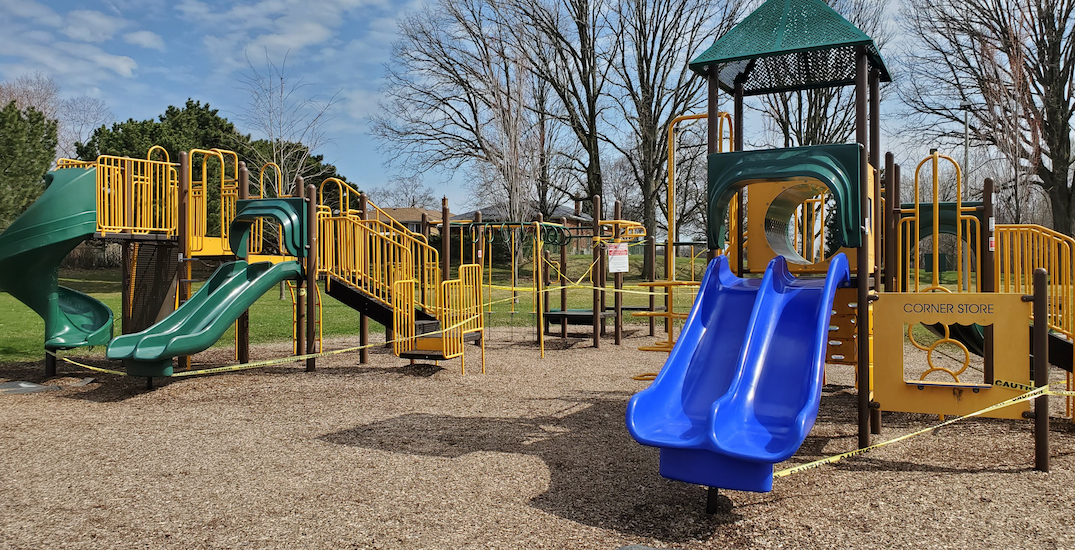 The City of Toronto is cancelling all planned 2020 summer camps and recreational programs, as the COVID-19 pandemic continues, Mayor John Tory confirmed on Friday.

But, the City is preparing an alternative program to get children “safely” back to camp through a new CampTO program.

The details of the program are being developed and are dependent on the lifting of current provincial orders and recommendations from Toronto Public Health.

“Nothing is more important than the health of our children. In our current environment where it hasn’t yet been safe to have the schools open, we can hardly be going full steam ahead with summer camps, though we are going to have a more modest CampTO plan ready if things continue to improve,” Tory said.

According to the mayor, CampTO would provide children with a “high-quality” camp experience and would incorporate public health measures designed to reduce the risk of virus spread, like physical distancing, smaller group sizes, daily health assessments and more extensive cleaning and hygiene measures.

If the program is permitted to operate, it will provide 5,300 camp spaces per week for children ages six to 12 representing approximately 50% of Toronto’s camp capacity.

The City’s current summer camps were scheduled to run at 197 locations from June 29 to September 7.

Around 68,000 participants had registered this year for City summer camps — the cancellation of the planned camps will impact 1,500 part-time recreation workers.

Summer camps across the city generate roughly $7 million in revenue.

Tory said the City is issuing refunds automatically to all current camp registrants. As there is a significant volume of cancellations and refunds to be processed, registrants should expect a wait time for reimbursement of up to four weeks.

Registration details for the CampTO program will be announced once the province is able to remove restrictions on day camps, and an estimated four weeks to prepare for their opening.

However, a number of conditions must be in place before the City can safely operate summer camps, including changes to or the termination of the Province of Ontario’s emergency orders, under the Emergency Management and Civil Protection Act.

There must also be significant and sustained reduction in virus spread in Toronto.

Toronto Public Health has advised that as a result of the current coronavirus situation, it is highly unlikely the City’s summer camps could operate without modifications to address strategies such as physical distancing to reduce virus spread.

Toronto’s Medical Officer of Health Dr. Eileen de Villa added that summer camps and recreational programs are a “fun part of the summer for so many in the city” and is working actively with the Park, Forestry and Recreation Division to have a modified version of summer day camps that are safe for youth.

De Villa confirmed that so far there are 8,257 coronavirus cases in Toronto, an increase of 160 since Thursday. But, 6,034 patients have recovered with 657 reported deaths.

A greater increase will show now that the province is allowing anyone with one or more symptoms of the coronavirus to get tested.

“More testing will result in an increase of cases but it will give a better picture of our local situation,” de Villa said.

She added that there are also more known symptoms of the virus.

As there has not yet been a steady decline in coronavirus cases in Toronto, events that would encourage large gatherings have to be cancelled.

Earlier on Friday, Toronto announced that they are extending the cancellation of City-led and City-permitted major festivals and events to slow the spread of COVID-19.

As for events of more than 25,000 people until August 31 includes Jerkfest, Taste of the Danforth, Taste of Manila, and Toronto Chinatown Festival, among others.

To mitigate the impacts of these cancellations, Tory announced on Friday that the City will repurpose grant funding that was previously approved by City Council, in order to support festivals that have been impacted by the COVID-19 pandemic.